"If your organization requires success before commitment, it will never have either. Part of leadership (a big part of it, actually) is the ability to stick with the dream for a long time. Long enough that the critics realize that you're going to get there one way or another...so they follow." ― Seth Godin

"I don't know" isn't usually the answer most CEOs are expecting, particularly when their question is focused on the probability of success for a new enterprise-wide initiative that will require significant investment and probably mean big change for the organization. And yet that's what one CIO recently offered up to his boss for a project proposal that he himself pitched to his executive. It sounds like a career-limiting move but given the somewhat risky nature of the project it was likely the most open and honest response he could have given; and one that required more than an ounce of courage. 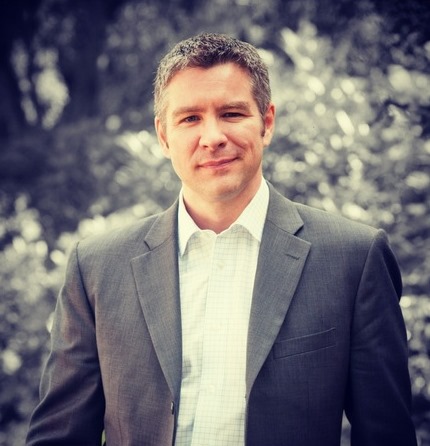 Our courageous CIO was proposing a project to deploy a social enterprise collaboration platform. The goal was to connect and leverage a fiercely independent community of subject matter experts, spanning five locations, while supporting over 290 discrete lines of business. Those experts are the 1,800 faculty members and support staff, delivering a broad range of specialized and much sought after courses offered at the British Columbia Institute of Technology (BCIT), located in Vancouver, Canada. The courageous hero of our story is Stephen Lamb, CIO at BCIT, who was so candid in his response.

"The crazier the times are, the more important it is for leaders to develop and to trust their intuition." ― Tom Peters

"In IT, we really like to get from point A to point B as quickly and efficiently as possible, have all the steps mapped out, the resources assigned, the hazards identified, the mitigation strategies defined and know exactly what the end state will be," said Lamb. "When dealing with the idea of an organizational collaborative platform and a more open approach to work, with the dreaded six letter word of "social" thrown into the mix, things are invariably going to be at the mercy of established culture; not to mention every potential user's personal disposition and work habits." So in other words, there are no guarantees that things will go well.

Having begun to follow the social business movement back when it was still in the early "Enterprise 2.0" days, Lamb was convinced that the time was approaching to challenge the conventional hierarchic business model. He freely admits he drank the proverbial Kool-Aid and saw a rare opportunity for technology to help hard-wire a new work culture. Lamb wanted to shift from rigid taxonomies, naming conventions and arcane filing systems and focus more on content, and the people who create and use it to get their work done. The problem was that not too many of his colleagues at the time were as convinced, and it was an uphill struggle to cast off some of the traditional structures and a stereotypical narrow systems approach.

"The key to successful leadership is influence, not authority." ― Kenneth Blanchard

For Lamb, the challenge was compounded by the perceived threat of a flattened business structure, "Some saw it as a challenge to their position of authority which left them exposed and not in control," said Lamb. Without key sponsorship, things ground to a halt. Lamb describes his first foray into creating a social business model as "a swing and a miss" but counts the experience as invaluable.
Fast forward three years and a change of location to the renowned BCIT, and Lamb has been successful in getting colleagues to open up to the idea that there could well be a better way of getting work done. With the support of a more progressive leadership team that understands an organization's strength is its people, Lamb is able to try again.

"Whenever you see a successful business, someone once made a courageous decision." ― Peter Drucker

As the new CIO, Lamb surprised a few of his colleagues when he signaled his intent to take on the challenge of improving employee engagement and empowerment through collaboration. "For me this was the best way to signal the evolving role of the CIO. I love the opportunities that technology opens up to an organization, and I am a geek at heart, but it's not all about boxes and wires or which pane of glass we'll interact through. As CIO I have insight to all aspects of the organization and we need to leverage that vantage point".

"Good business leaders create a vision, articulate the vision, passionately own the vision, and relentlessly drive it to completion." ― Jack Welch

It's not a home run however as the old fears still lay beneath the surface for some, but the initial signs are promising. "People tell me that we're not ready for this kind of radical shift in our culture, and my usual retort is: if not now, then when?" Lamb also isn't shying away from the notion that if it isn't broken, don't fix it. "That's all about perspective. Something might work for an individual worker in isolation but not for the organization, let alone their neighbor in the next cube. It might not be broken, but can't we make things better?" Lamb says this conversation happens at all levels of the organization and in his view it's born of a resistance to change, even from the most open-minded of users. "We've all been working the same way for so long, that when you have the opportunity to challenge that, it can feel a little odd. That being said, once you jump in it becomes less awkward and more rewarding." The biggest challenge he believes is for those in formal leadership roles. "No longer can you just talk a good game about employee engagement, active listening or reverse mentoring...now it's very real, and even measurable."

"Everyone has an idea. But it's really about executing the idea and attracting other people to help you work on the idea." ― Jack Dorsey

So back to the "I don't know" answer. Lamb is unwavering in his belief that the only way to move forward is to commit, even in the face of uncertainty. "Don't try and run a proof of concept with a contained group," says Lamb. "That will just show you that you can't be effective in an open collaborative environment if you limit the interactions between users. It's really an all or nothing commitment." And when he means "commit" he starts with himself. "As CIO I have a lot of skin in the game. Of course I can say that success will hinge on the reactions and interactions of the community, but at the end of the day, we (IT) need to show that we are agile and flexible enough to manage the project as the situations unfold; and that starts with me. Admitting that I don't have all the answers; expecting to make mistakes (and be accountable for them) and openly learning along with everyone else is critical. At the end of the day, we really are all in it together. It will either be a mutually assured disaster, or a mutually assured success". Let's hope for the latter.