Ento - the art of eating insects from Ento on Vimeo.

Would you eat a caterpillar? What about organic and locally-grown Honey Caterpillar Croquettes that look a bit like sushi?

The founders of Ento, a London-based start-up, hope they can get Westerners hooked on bugs by using creative branding and packaging, like the caterpillar cubes. Founded by four industrial design students, Ento wants to jump start a "cultural leap" by convincing consumers that insects are an enjoyable, everyday snack -- all by 2020.

Though the task seems daunting, others have achieved similar feats. Through research, the Ento founders determined that 30 years ago, sushi was just as unappealing to Western eaters as insects are now, according to a case study they published on design blog Core77. Apparently, baked waxworms taste a lot like pistachios, according to Ento.

The only significant barriers to insect meat are cultural, according to Ento founders, based on Western perceptions that insects are "dirty, gooey and unsafe." Ento sees itself as a brander for insects, using compelling marketing to educate consumers.

Ento calls its aesthetic "playful and futuristic" with an "Asian subtext": the food comes in minimalist packaging, with chopsticks and sauce.

By "abstracting" the appearance of insects, Ento hopes to overcome perceptions of bugs as the polar opposites of food. “[We] ground up the little buggers so they don’t evoke something you’d normally swat with a newspaper," co-founder Jonathan Fraser told FastCo Design.

Ento is basing its business model in part on the success of restaurants like Yo!Sushi, according to the case study. In an informational video posted to its website, Ento founders lay out a clear plan of attack: first, expose the insect snacks to so-called "adventurous eaters" at festivals and markets, using "peer pressure" as encouragement. Next, open an Ento restaurant, which will normalize the products enough to help them make their way to supermarkets.

In ten years, insects will be so commonplace that grocery stores will begin to sell them in produce sections, the video speculates, depicting a delicious-looking salad of bell-peppers, spinach, and what appears to be roasted nuts. The nuts are, in fact, fresh grasshoppers.

And that could be good news for both your taste buds and the planet. "Food demand is accelerating, and agricultural productivity cannot keep up," the founders wrote in the case study. "Edible insects offer an exciting alternative. They are extremely efficient at turning feed into meat and can be farmed at a very high density." 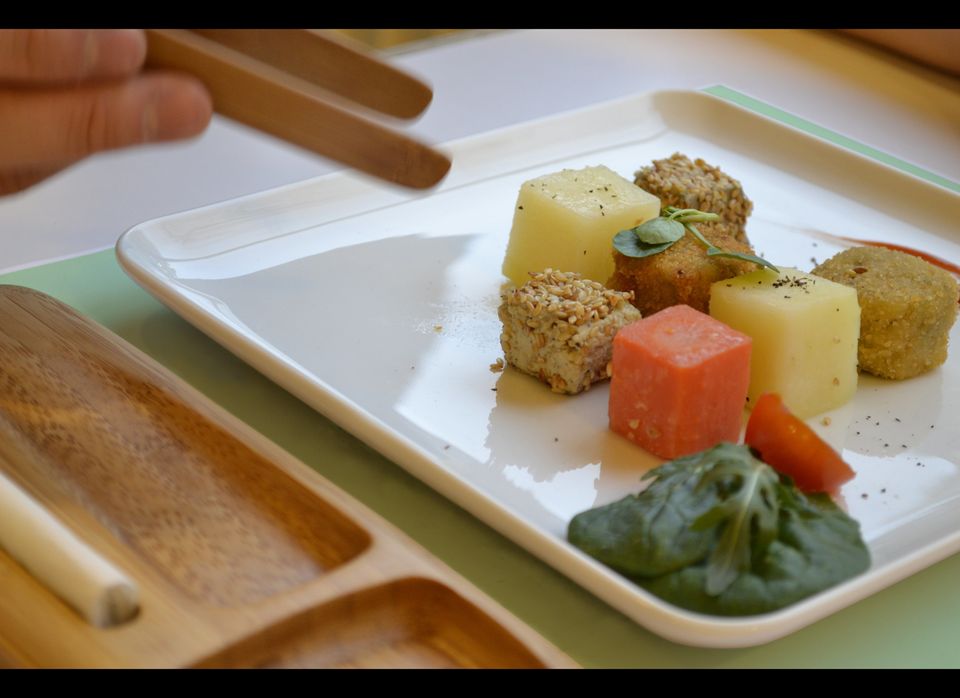