At 19 I thought that I would be able to work really hard on my startup, and then in a year we'd have break out success. We'd raise this money, users would just grow like crazy, and we'd have a huge company, and I'd be able to retire before I turned 25. ... Just like in the movies.

How founders cope with startup challenges was the focus of today's Entrepreneurs are Everywhere radio show.

Joining me in the Stanford University studio were 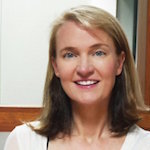 Listen to my full interviews with Jessica and Peggy by downloading them from SoundCloud here and here.

Clips from their interviews are below.

Jessica Mah started InDinero in 2010 to help entrepreneurs with their accounting and tax needs after going through the same challenges with her own businesses.

Jessica has been starting her own Internet businesses and programming since middle school. She left high school at 15 to attend Simon's Rock Early College, then studied computer science at the University of California, Berkeley.

Early on, however, it looked like InDinero would fail. Their initial product was nice-to-have, but people didn't want to pay for it, Jessica explained:
Everything was going so well. I was able to get the money pretty easily up front, and I was able to get the press. The fairy tale was supposed to have a successful end right there.

But we were about to burn a $700,000 hole in our bank account in the next 12-months if we didn't do something. We were depending on investor funding, but with $60,000 in revenue no one would fund it.

I was turning 21 when I realized all this was going down the hole. I was really fricking scared.

I tried to pitch this to investors again. No one was interested.

I looked at my cash balance, and thought, this is going to blow up in flames in the next four months if I don't do something drastic.

I talked it over with some friends that night, and decided the next morning we'd have to cut all of our costs.

We got rid of the hot tub in our office and told everyone that they'd have to find a new job.

Jessica ran things as lean as she could for the next few months while figuring out what to do. Here's how she discovered what her customers actually wanted:
I worked backwards from the optimal solution: What would people pay hundreds of dollars a month for, thousands of dollars a year for, that isn't too far off from what we're doing today?

I went to a customer's office and I watched him use my software. He was paying us $20 a month, and he's like, "Why the hell am I doing all this myself? Why can't I just pay you thousands of dollars, and you'll make this problem go away for me?"

Peggy Burke is a 30+-year design executive with expertise in creating global brands. She and her company, 1185 Design, has developed the brands of enterprise companies like Cisco, SAP, Sun Microsystems, VeriSign, Semens, Adobe; consumer products companies like Sears, Chiquita, Apple, Stanford Hospital & Clinics; and over 350 startups.

When Peggy first arrived in Silicon Valley, she worked for Boole & Babbage, before founding her own firm. She quickly learned that running a startup was no picnic, but she was driven to succeed:
I pushed through some of the most difficult challenges. A lot of my competitors - those that were much larger, smaller, every size -- just completely blew up and went away. They gave up. They had to. It was too hard.

But I never gave up.

She often went without sleep in the early days of building the business:
The biggest challenge was time.

I would run around all day long meeting with clients. Then I would have to come back and work all night long. I would never ever present anything that I didn't think was "legendary."

Especially difficult were the days after the Internet bubble burst:
2001 was a staggering blow to technology. Everything disappeared. It went from a massive fire hose of incredible work -- lots and lots and lots of money to spend on branding and events and really pushing the envelope -- to a complete turnoff. It's as if somebody pulled the plug on the entire thing.

I had 60 people at the time. I cut the company in half. That was excruciating.

To hear the clip, click here
--
Jessica learned an important lesson about hiring:
I thought, wow, it'd be great to work with friends, but it was horrible.

It wrecked our friendships. It was very hard for me to be direct and candid and strict with them. It was very conflicting, and it was hard to keep myself honest and separate the two from each other.

Looking back, she realizes she had a too-rosy view of what doing a startup would be like:
I wish I had a better appreciation for how difficult it would be to accurately forecast where I'd be 12 months or 18 months from now. I should have just kept more of an open mind for where I could have been, and thought more about the failure cases.

I thought all about the good upside, I didn't think about the risks and the problems I might run into at all.

Today, she constantly challenges herself
Every 6 months I go through a small internal crises where I wonder, am I on the path to success? That path keeps on changing.

For me now, I really do want to build a big company here. When we first started the business, I'm not sure if that was so crystal-clear. Now, I'm really driven by the idea of having a really big company that impacts thousands or millions of people.

To hear the clip, click here
--
Peg credits Silicon Valley's pay-it-forward culture to giving her a leg up when she was starting out:
Peggy: When I resigned from Boole & Babbage, I had no clients at all.

Steve: How did you get new clients?

Peggy: I networked. I shared an office in Palo Alto with my friend Elizabeth Horn. Elizabeth was making a film called My Dinner With Apple. Everyone you could possibly imagine related to Steve Jobs, including Andy Cunningham, came in and Elizabeth interviewed them in her office.

He took an interest in my business. He was incredibly generous.

Here's how she stays a step ahead of her competitors:
Peggy: Every three months I sit down and I try to define what tomorrow's agency looks like, what the agency of five years from now looks like.

I put it on a board, make a few notes. Then we'll have retreat for the company. I take all of these notes, split them up, give them to different teams, and say, "Go brainstorm this."

Steve: Because if you don't do it, some competitor's doing for you.

Listen to my full interviews with Jessica and Peggy by downloading them from SoundCloud here and here. (And download any of the past shows here.)

Next on Entrepreneurs are Everywhere: Jim Semick, founder of ProductPlan and Peter Arvai, co-founder of Prezi.