Growing interest in entrepreneurship is driving a culture change across Columbia University. And Silicon Valley's pay-it-forward culture is a huge help to startup founders.

Culture matters whether you're starting up or helping others to do so. That was the message from the latest guests on Entrepreneurs are Everywhere, my radio show on Sirius XM Channel 111. 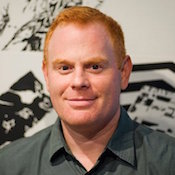 David Lerner is an entrepreneur, angel investor and director of entrepreneurship at Columbia University. Gary Marcus, one of the country's best-known cognitive psychologists, is a professor of psychology and neural science at NYU and founder of Geometric Intelligence. 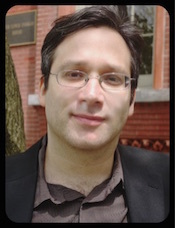 Clips from their interviews are below, but first a word about the show:

Entrepreneurs are Everywhere airs Thursdays at 1 pm Pacific, 4 pm Eastern on Sirius XM Channel 111. It follows the entrepreneurial journeys of founders sharing their experiences of what it takes to build a startup - from restaurants to rocket scientists, to online gifts to online groceries to entrepreneurial education and more.

The program examines the DNA of entrepreneurs: what makes them tick, how they came up with their ideas; and explore the habits that make them successful, and the highs, lows and pivots that pushed them forward.

He explained that entrepreneurship is the galvanizing force as Columbia University works to redefine its culture and became an outward-facing institution.
Dave: We're trying to take a lot of the stuff that you've done with the Lean LaunchPad methodology and move that out across university into the other schools.
... Entrepreneurship is the tip of the spear for efforts to try to galvanize siloed groups. Everyone is interested in solving problems. And entrepreneurship is a mysterious force that everyone is interested in and it brings everyone together. It's not threatening. It's collaborative. It's creative. We've had a lot of success in bringing people into the community and welcoming them.

Steve: This is both student projects and faculty research as well figuring out how to apply some of the basic research that faculty is doing, right?

Dave: Absolutely. ... I would say that in the last five or six years, it's gone from a weird conversation to have to if you're not having it, you're not in the mainstream anymore. Everyone is involved in the innovation entrepreneurship community in some way now.

What's more, as the Lean Startup revolution has gone mainstream, Dave said, it has started to change the trajectory of our economy.
I'm seeing it in real time. I'm teaching Launch Your Startup and the Greenhouse Accelerator at the (Columbia) Business School. There's more interest on the business school students and engineer students than there's ever been. A lot of them are fed up, they're not going back to the consulting firms, they don't want to go back to their banking jobs. They want to create something new and it's palpably different than it was five years ago. It's in the air. It's a conversation. If you don't know about it your first year, you certainly will find out about it by meeting your peers. ...

... I think universities that don't have an entrepreneurship focus now are in the minority. I've seen so many of my colleagues are hiring entrepreneurship directors, creating new programs. They want to collaborate. They want to learn from what we're doing, from what other schools are doing. It's in the air, whereas five, six years ago, it wasn't even spoken of.

To hear the clip, click here.
--
Gary Marcus is professor of psychology and neural science at NYU and CEO and founder of the artificial intelligence (AI) startup Geometric Intelligence. Described by The New York Times as "one of the country's best known cognitive psychologists," he is the author of four books including Kluge: The Haphazard Evolution of the Human Mind, and the New York Times Bestseller, Guitar Zero; and writes frequently for The New York Times and The New Yorker. In addition, he is co-editor of the recent book, The Future of the Brain: Essays By The World's Leading Neuroscientists.

As he has worked to build Geometric Intelligence, Gary has found valuable help from other founders thanks to Silicon Valley's pay-it-forward culture.
I've been blessed by having a lot of very supportive people in Silicon Valley, including you. ... We've spoken a few times and you've been very generous. I found a lot of people in the Valley have really been there for me when I've had questions, "How do you handle this? What do you do with an advisory board?"

...It's an amazing (pay-it-forward) culture, actually. Academia does not have that culture, at least in the parts that I've been. I actually found that people have been nicer to me in the business world. I don't doubt that we will come up with some cut-throat competitors yet and so forth ... but so far people have been really generous with their time. It's been great.

Gary also told me why being a science professor was good training for being an entrepreneur
It's not that different from running a lab where you have to raise funding. You have to pitch your ideas to different people all the time. ...I had a lab in the university.... It varied between two and ten people at different times.... A lot of the skills that I developed there, and also in the writing for the public, have been very valuable in making, you know, in liaison with the investors and helping to recruit people. It's actually not that different a skill set.

The stuff founders are made of
Dave shared what he looks for in a founder:
I'm always looking for somebody who is courageous, who is relentless, who's prepared for the long slog that is inevitable, and who's on a mission and so focused that they're just going to keep moving no matter what...

... I remember with my dad and myself, people were saying no to us constantly, I don't even think it registered when people said no to us.

Steve: I'm going to remind everybody that no is just the beginning of a conversation for an entrepreneur ...

Dave: I think so. The one thing the one sort of tale that I have is, when you're having a conversation with an entrepreneur, how deep down the rabbit hole are they ready to go? I'll give you an example, there's one friend of mine ... the CEO of venture-backed company... it's a parking app... but when he was starting out, ... I said, Sean, what do you know about parking, you've been in e-commerce ... and then probably for two hours, question after question he just kept going down a rabbit hole, and he was ready to go for eight hours to talk about algorithms, and zones, and cities. Every aspect of parking you could possibly imagine. I was ready to get carried out on a stretcher-

Steve: He became a domain expert?

Dave: Yes he did.

Dave was a champion chess player in high school and honed his game with the help of his peers. He told me why learning to play chess is like being an entrepreneur:
Dave: In retrospect I've kind of realized that those guys to me, they had this closed knowledge. This is of course, pre-Internet. Once you were sort of in with the club, so to speak, and had access to this knowledge you immediately starting performing, you know, 10 acts of what you ever were before.

Steve: I see. I'm surprised you went there. It wasn't like chess taught me how to think multiple layers deep, it was actually that it was a closed system of knowledge, kind of like investment banking or venture capital or startups that once you got in the club someone would actually teach you. Is that?

Dave: Exactly. Truly it was like an apprenticeship model and of course, they didn't have an eloquent way about them, it was gruff and rough, and there were a lot of insults but ... kind of like startups, they let you in fine, begrudgingly and if you showed up and you had heart they appreciated it.

Gary shared why he decided to go for it and do a startup.
I had dinner with somebody ... who closed a deal one night. ... He couldn't tell me what it was, but I read about it the next night. It was this company DeepMind, which sold to Google for $650,000,000. I read what they did, and I was like, "You know, what they had is one really interesting technology" ...

...I was like, "Why am I writing about this for trivial amounts of money? Maybe I should do it." They assembled a really cool team, and they had some good ideas. I had some good ideas that I'd been sort of ruminating on for a long time. I knew how to put together a good team, and I started doing it. Then, I started talking to people in Silicon Valley, and they were very receptive.
(I had) an epiphany ...These ideas that I've been chewing on might actually be useful to somebody on a large scale.

... For three months I just sat on the idea. ... "Should I write a book, or should I start a company?" ... There's a good chance I'll make more money doing this, but I'll also be more stressed.

I really like writing for The New Yorker. This is a good gig I have, and I figure the odds of becoming manic-depressive if I ran a company were pretty high. I was like, "Is that going to be worth it?" Eventually, I decided that this was a special moment in time. This was my one chance. I could always write another book.

This is a moment where the kinds of ideas that I had seemed like they might be commercially very valuable. It seemed like there was a lot of funding around. I talked to Adam D'Angelo, who is the CEO of Quora, about what I was doing. I didn't even ask him for money. He offered me money, and his name sort of helped me to raise money from other people.

It wasn't very hard to raise money.... Some of it's like the feel was at a right moment. I approached an old friend, Zoubin Ghahramani, who's really a top machine-learning expert, and he was excited to do it. All these things seemed to fall into place very quickly.

... Five years from now someone else might have had the idea that I had. A good idea isn't fresh forever. ... The whole market could change. ... It felt like this really is the moment if I'm going to do it. Now is the time.

Still, it's been a steep learning curve
There is a ton of things I had to learn about lawyers, which I've hated every minute of... There are (also) challenges in the beginning like negotiating equity (how to split up stock) among your founders and with your employees and things like that. ...There are lots of things that need to be negotiated. I have gotten ... a lot of practice at negotiation let's say, and you don't do it in quite the same way in academia, but it's not totally different.

Next on Entrepreneurs are Everywhere: Daniella Yacobovsky, co-founder of BaubleBar and Jane Moritz, owner of Challah Connection.