Startup founders strive to turn their dreams into reality, and the mentors who guide them often learn as much as they teach.

How startup ideas are developed and nurtured was the focus of conversations with the latest guests on Entrepreneurs are Everywhere, my radio show on Sirius XM Channel 111. 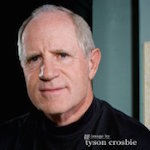 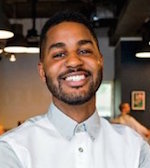 Clips from their interviews are below, but first a word about the show:
Entrepreneurs are Everywhere airs Thursdays at 1 p.m. Pacific, 4 p.m. Eastern on Sirius XM Channel 111. It follows the entrepreneurial journeys of founders sharing their experiences of what it takes to build a startup - from restaurants to rocket scientists, to online gifts to online groceries to entrepreneurial education and more.

The program examines the DNA of entrepreneurs: what makes them tick, how they came up with their ideas; and explores the habits that make them successful, and the highs, lows and pivots that pushed them forward.

Pat Sullivan is a serial entrepreneur who has been building software for more than 30 years, starting with the ACT! contact software he created in 1985. Pat was named one of the "80 Most Influential People in Sales and Marketing History" and was twice named Ernst & Young "Entrepreneur of the Year" for both ACT! and SalesLogix software.

Having had terrific mentors over the years, Pat makes it a point to pay his what he's learned forward. He's learned that mentorship is a two-way street:
I ... meet with any entrepreneur who has a legitimate idea, or is in the process of starting something, for two reasons. One (is to) give back. The other is, I find that I always learn something. Younger people than I, they're into things that I've never thought of. (For example) I thought Twitter was a really stupid idea, until my kids explained that it really wasn't. I always learn something extraordinarily useful by meeting with others.

... There are many times where I don't fully understand what exactly it is that they're trying to do, and the domain expertise that they have ... but there are many things that are general in nature, that I have that they don't have, and that I can give to them.

Here are some of the things his mentors taught him:
Once I was agonizing over the fact that it took me a really, really long time to recognize that an executive ... I hired just wasn't making it. ... It took me forever to decide to fire him. I ... talked to my mentor and I was complaining how long it took. He listened, and listened, listened, just quiet, and all of a sudden he said, "You know, I think it's great that everybody back at the office knows that you're not quick on the trigger." It totally ... changed my perspective.
Another ... mentor ... said ...: "You know, I may not be the smartest, I may not be the richest, but I can out-work you." ...
That has always stuck with me, that I'm not the smartest, I'm not the brightest, I may not have the most money, but I can out-work you.

Sebastian Jackson got his start cutting hair and dreaming of the day he might have is own barbershop. He said his early life had a profound impact on the way he thinks:
Sebastian: My mother, she suffers from schizophrenia. She was diagnosed when I was 1 (or) 2 years old. She's always had this imagination as a part of that illness. It's kind of helped me imagine things, right? .... Also I have to work, to execute on that imagination, just so that I know I'm not suffering from the same illness, that if I execute then it's real.

Steve: There is a fine line between insanity and genius.

Sebastian: There is. In America, I think it's money; if you can make money from your illness, then you are deemed a genius.

Steve: ... I think you said the magic word, the distinction between entrepreneurs and just people with ideas are they figure out how to get the resources to actually execute. ...

To hear the clip, click here.
--
Both men are self-motivated and driven.

Pat explained that when he was a computer salesman, he created programs that eased his work problems and challenges. They became the foundation for ACT!
Being in sales, it struck me that, here I was selling computers but couldn't find a really good reason to actually use one.

... You could some word-processing, a little spreadsheet-type stuff but there wasn't really anything useful to me as a salesperson. For whatever reason, I began to teach myself programming and built what ultimately became the prototype for the product ACT!

I did it (on the side) for about three years while I was selling computers. I was building applications that I use day in and day out. Anything that was routine, I hated routine so I would figure out how to program that. The last thing that I built was a contact manager, the ability to track all the information about my prospects, about my customers, so that I could remember them. ...I solved a problem that I had.

... I really wish I could say that it was an overnight success. But April of 1987, we shipped the first version of ACT! My partner and I (had finally) decided to do a startup.

Steve: That was pretty scary, wasn't it?

Pat: I was a risk-taker. My wife and I discussed it with my partner and his wife over a weekend. I had put a couple of years into building this application. My wife said, "What's the worst that could happen?"

Sebastian also took a hands-on route:
... Before I started cutting hair for other people, I cut my own hair. ... It was a pretty good haircut. ... I just used a Schick razor and lined up the edges of my hair. Didn't cut any off the top. I gave myself kind of a little taper or fade on the side and the back, and it was decent. Used my dad's clippers. ...

Now, that first time kind of validated that I had the ability. The second time, I was so confident that I had actually tried to cut the top down. I left patches and everything everywhere. ... It was terrible. ...

I went to the barber, and he fixed it.

That first time stuck with me, though. I had the confidence that I could do this and I continued to do it.

... From my sophomore year, when I was 15 years old, I started making five bucks a haircut, three bucks a shape-up, and started to travel to different clients in their homes, in their parent's homes. I made a little bit of pocket change in high school, out of my parent's garage, and out of other friends' basements and garages.

Sebastian has a founder's signature tenaciousness. He had to write four business plans to get the OK to open his barbershop.
Wayne State saw that the previous business had failed, so they said, "No, no, no. No non-profit. We've got to make money here. How are you going to pay us?"

I wrote a second business plan and it showed how I would pay them. (It showed) the support I had to raise money to pay them and they still didn't like that.

The fourth one was the social club, which explained how we would create impact within this space ...

... Wayne State wanted to create a campus where student life was abundant, where they can really have students live on campus and have a great time. We showed how we could add value there ...how we could use a barbershop to create a place where students could come and have a good time, and get a service that actually make money. A service that ... they're willing to pay for. ...

The Social Club Grooming Company has become a community hub, in part because of its Shop Talk monthly panel discussions.
... We bring people of interest in; they tell their story while getting a haircut.

...As you're getting your hair cut, you're on the panel with maybe one other person and it's a traditional barbershop talk. It's an audience of people sitting around these 2 barber chairs. We take our other six barber chairs out of the way and we have two barber chairs that are front and center. People sit around and you tell your story. I moderate and then there's a Q&A between you and the audience. It's a TED talk in a barbershop.

... The real stickiness here is we're able to have these unfiltered conversations ... where you can tell us some secrets that you may not be willing to talk about in a traditional panel discussion setting.

...It's a leveler and I think people really appreciate that about the barbershop heritage. ... I think ... my team ... can ... execute this and I think it's because of my ... being an entrepreneur and a highly technically skilled barber.

Pat discussed the characteristics of world-class founders and told me why he can't imagine doing anything else.
Tenacity.... persistence ... perseverance. I like the word perseverance because the word severe is in it, and you often face things that are severe. An entrepreneur who is formidable typically finds a way to get through it. I love the book, The Hard Thing About Hard Things (by Ben Horowitz) that there's always a way ...

Pat: Well, first of all, it's the only thing I get paid for, so it makes me a professional. I would be totally unemployable, there's no one who would hire me, because they always know I'm going to do another startup. (And) doing something with particularly young, really, really bright people, doing something that's hard, is just a lot of fun. ...

Listen to my full interviews with Pat and Sebastian by downloading them from SoundCloud here and here. (And download any of the past shows here.)

Next on Entrepreneurs are Everywhere: Andrew Breen, Vice President of Product Delivery for American Express's World Service division; and David Binetti, founder of Dinadesa, from the Lean Startup Conference.