Culture matters whether you're just starting up or innovating inside a big company. And corporate innovation efforts are hampered by the very processes that make big companies successful.

The challenge of innovating inside a big company was the focus of discussion with the two latest guests on Entrepreneurs are Everywhere, my radio show on SiriusXM Channel 111. 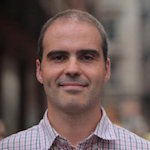 Joining me at the Lean Startup Conference in San Francisco were: 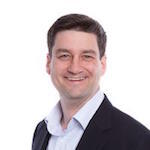 Clips from their interviews are below, but first a word about the show:

Entrepreneurs are Everywhere airs Thursdays at 1 p.m. Pacific, 4 p.m. Eastern on Sirius XM Channel 111. It follows the entrepreneurial journeys of founders sharing their experiences of what it takes to build a startup - from restaurants to rocket scientists, to online gifts to online groceries to entrepreneurial education and more.

The program examines the DNA of entrepreneurs: What makes them tick, how they came up with their ideas, and explores the habits that make them successful, and the highs, lows and pivots that pushed them forward.

Culture, he said, is key to the success of innovation efforts, in big companies and new ventures.

There's always bureaucracy and politics and all different scales. ... Some of the hardest conversations I've had to have (with startup founders) are "Your vision? We just tried to test and validate that, and it's not working."

... The biggest difference is that in a larger company, it's not about getting the IT department on board or dealing with regulatory and compliance. It's the culture. ...

... There's a famous quote about show me how you pay and promote and I'll show you how your company runs.... (Those are the two key levers.)

In startups, people are there for the mission and the purpose, at least you hope you are. In big companies, they're thinking about their career, and so pay and promotion is a lot of how they optimize (what they work on). ...

They get too quickly down to individual goals and ... skip over ... product goals, team goals and things like that. ... People then optimize toward (their own) goals and incentives.

... the interesting thing we've realized in technology development (is that there's an) revolution - you don't need hundreds and thousands of people to do something really big - small teams need to be there.

David Binetti is a six-time entrepreneur, having served on the founding teams of USA.gov, Capitolix, and Votizen; QFN, later Quicken.com and Arch Rock, which was acquired by Cisco Systems. Today, he helps Fortune 500 companies apply Lean Startup and Innovation Accounting principles.

He explained the challenges of innovating inside a big company:
(Big corporations) still have to do what entrepreneurs do, which is find customers and figure out the model. (But unlike startups entrepreneurs in large companies) also have to fight against the organization that is actively trying to destroy them... because an existing company has an established business model. ...

... The primary function of most businesses is to establish profitably, maintain profit, deliver profit quarter after quarter, systematize your processes so that you're always delivering a profit.

... so when a company, whose primary function is to generate profit in a repeatable systematic, and predictable way, sees an entrepreneur, they think, 'Oh, I know what they're going to do. They're going to screw everything up.'

(Even) the best companies ... find and identify anything that's disruptive to that and destroy (it). By definition, they do that job well if they find the entrepreneurs and somehow isolate them. ...

... The challenge for a large organization is to figure out how do you keep the entrepreneurial search for a new business model from the execution of an existing business model - and how to effectively transition from new innovation to profitable execution. That's an extremely difficult challenge because the company still needs to do its main job returning profits to its shareholders. But if they're not planning for the future, then they could get disrupted and be gone in a matter of years right after they, oh, by the way, return record profits. ...

...(That two-front war) is ... where I'm focusing the majority of my attention, to be able to establish corporate governance structures ...policies of the company that they can apply in a systematic way that applies to ... their existing businesses, which are designed to generate profitability and should be stable ... plus give the opportunity for those who are searching for new business models to function without impedance from the existing business.

Andrew's parents were serial entrepreneurs. He grew up working in their businesses:

... It was unfathomable for either of my parents to work for anyone else. It was basically, "Go out, set your own course, control your own destiny," and that kind of rolled into the entrepreneurial spirit. I don't think we, as a family, ever thought of it that way. I don't think I, in my early career, ever thought of it that way. It was just, "You have an interesting idea? Go do it."

Here's how he learned where he best fits in a new venture:
I learned that commitment -- and I understand that better about my parents did -- was 24 by 7, (it was) your life and your everything. That's a pretty good walkaway.

... I love the hard work. ... The hundred hours a week on all my startups, that was never a problem. Even in my bigger corporate environments, there's stress in there. ... At the end of the day, you go on the weekend you feel better about that.

There's not that when you're the founder. ... I used to think entrepreneur and builder were basically the same word. I've realized while that Venn diagram does overlap, they are distinct. I've learned I'm more in the builder side. When I was the founder, I didn't love it as much because I couldn't build. Because I had to deal with investors and look at that benefits plan, and make sure someone was showing up to work, and all those kind of things.

Steve: This is a big idea, that you really need to understand what phase of the company you're great at and you enjoy having, right? ...What you just articulated is that there is one type who is the crazy visionary entrepreneurial founders raising the money and and then there may be someone who helps scale that to the next phase ...

Andrew: (Silver Plum was) when I understood that split. ...Which I didn't think there was before. ...my career since then has been very focused on that. I've had my own ideas, but it's always been very much on get in early to help scale.

I'm much better as the facilitator in focusing people. I always said, "get me smart, great people around me, small teams, and get me in there and I'll get them focused and building."

A lot of engineering oriented cultures, engineering-oriented people like the problem-solving piece, right? ... I love it too, but they can tend to be too focused on just solving the problem, the next step ahead of you, right? It's part of the engineering discipline.

(But) how do we get to a big vision, and how do we focus on doing that? I found that was actually the thing I was best at. I could write code, I could design, I could do different things, but the ability to actually bring people in around me who had very deep skills in that domain and get them focused and unified around a single problem was the thing that I found, I enjoyed the most and did the best. ...

David told me about his first startup, where he learned that the best laid plans don't always work out:

... I did everything exactly by the book. ... It was called Capitolix, and it was a politically oriented startup that did campaign software delivered online. This was early 2000s. ... (We were) automating mailing lists, fund raising, voter contact. Software as a Service at the time was a buzzword.

Steve: You wrote a business plan, with a five-year forecast.

Steve: You went out and identified, and spoke to, all the customers and learned what they needed?

David: Of course, after I built it and raised the money... You had to build it first, right?

... It was a complete, unmitigated disaster because what I thought didn't matter. What mattered is what the customers wanted, and the customers cared about. ...

Steve: This startup was an idea you had planned to death.

David: Absolutely. I did a very good job of that.

David's advice for other entrepreneurs is straightforward:

He also shared why he's an "entrepreneur in recovery":

(It's) a thrilling experience and that feeling that comes with producing something from scratch is something that's really, really amazing. And managing all of the chaos that's associated with that is really, really amazing. I also just personally think it's, you don't choose to be an entrepreneur. I think it's an affliction in some way, right? That's why I say I'm an entrepreneur in recovery because I really think that we're driven to do it by some force that, if we could take a pill and get rid of, we probably would.

Steve: I liken it to entrepreneurship is a calling, like being an artist. ... Or a painter or a sculptor or writer. It's not a job. ...It's something that ...

Listen to my full interviews with Andrew and David by downloading them from SoundCloud here and here. (And download any of the past shows here.)