Realizing you need help and learning how to ask for help are crucial skills for a founder.

And while how much money you make at a startup is a way to keep score, a successful life can't be measured only in dollars.

These topics were the focus of interviews with the latest guests on Entrepreneurs are Everywhere, my radio show on SiriusXM Channel 111 (airing weekly Thursdays at 1 p.m. Pacific, 4 p.m. Eastern). The show follows the journeys of founders who share what it takes to build a startup - from restaurants to rocket scientists, to online gifts to online groceries and more. The program examines the DNA of entrepreneurs: what makes them tick, how they came up with their ideas; and explores the habits that make them successful, and the highs and lows that pushed them forward. 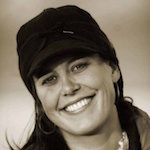 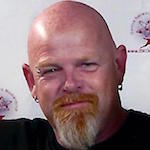 Clips from their interviews are below.

Sarah Calhoun has spent two decades building nonprofits and small businesses. She was the 2012 National Women in Business Champion for the Small Business Administration. In 2011, she served as a as a US Delegate to the APEC Women in Business Summit in San Francisco. The same year, President Obama invited her to attend a White House forum on jobs and economic development, and she was named Montana's Entrepreneur of the Year.

Sarah graduated from Gettysburg College with a degree in environmental studies and worked with Outward Bound and the Student Conservation Association. She had no startup experience, but decided to start Red Ants Pants when she couldn't find work pants that fit her properly. Here's how she found her way:
I learned a lot from other people. My pattern maker and this fellow Richard Siberell, (a designer for Patagonia who took her under his wing) were incredibly patient with me explaining the process. I did a lot of reading and research on my own. I asked for help whenever and wherever I could, and that's a big piece that I think is essential.

Steve: Is that hard?

Sarah: I think in general, it's somewhat of a vulnerable topic, when you just admit that you don't know something that you need, and that you need help. ... because it was all new to me, I was comfortable admitting that. ...

In addition to founding Bluefish, Steve Sims is the CEO of the celebrity charity auction platform BLUEcause; a speaker; consultant; and author of the book 7 Ugly Truths. From the time Steve was young, he was on a quest to get rich. Over time, he learned money was not as important as he once thought.
...As you get more successful you get into the trappings. You get the suits. You get the watches. You get the cars. You get the penthouses. You get all of these things because, hey, once I've got those I'm successful.

Then you get it and you walk into your penthouse and you go, "Not much has changed. I'm just on a higher floor now and with a bigger mortgage."

You suddenly start realizing ... once you've got (these things) that it's not all that it's cracked up to be.

(If I could) I would probably just sit my younger self down, pour a whiskey, and go, "Look, it will be fine. Just keep your word and it'll be smooth."

Steve Blank: Would you have listened?

Steve Sims: No. I was young and obnoxious and arrogant. Of course, I never had anything to lose. ...I never had any of those trappings to risk. I went out like a bull in a china shop, "Grab grab grab, get it, get it. I want that deal, I've got to do that. I've got to make sure they're happy."

I made sure things worked for my clients because I knew if I looked after you, it would look after me. Without realizing it there was a little bit of intelligence there ...

To hear the clip, click here.
--
Like many founders, Sarah is an idealist, but she didn't initially look to doing a startup as a way to realize her dream of making a difference:
When I got into college, I was an environmental studies student and wanted to save the world. ... I looked down upon those marketing majors, who just wanted to make money, and I thought this was the last thing that I would ever do.

...I wanted to make more of an impact as far as doing good in the world, and at that time I didn't see business as an avenue for that. I didn't know much about business. I've still never taken a business course in my life.

She had no idea what she was getting into:
There were no work pants that fit women out there on the market. None, whatsoever. As you can imagine, curvy hips do not fit well into square men's pants.

I was fed up with wearing pants that didn't fit, as I realized lots of other women in the industry were. I talked to some companies to try to get them to start a line of work wear for women. No one jumped at it.

One guy said, "If you're serious about it, why don't you start your own business?"

So at the age of 25, I very naively asked myself, "Well, starting a business, how hard can this be?"

Sarah's advice for other founders is straightforward:
Be true and be brave.

There's a lot of scary things out there, especially getting into a world or an industry that you don't know and don't have experience in but having a lot of courage and integrity and going into that ...

We could all afford those things, right? We don't need to take a loan for more courage. We can do that. We just have to trust our gut too. That's a big one, I make all my decisions just based on what feels right which may or may not be advisable to everyone but so far it's worked for us.

To hear the clip, click here.
--
While he kept trying to get a bank job, Steve worked the door at clubs in Hong Kong, throwing parties and events that became the toast of the town. He never planned to start a company:
I started ... with this delusion that I would get to rich people. I started putting on parties and clubs and events. And people would hire me to put on these events with the idea that if I captured enough rich people, that would do it. Without it realizing it, people were saying, "Can you do this? ..." "Do you know people in Monaco?" "Do you know people in London?"

So before it actually became a concept as an industry, I was becoming this international concierge. I was ... flying to Macau and flying up to Japan to ... try and find the coolest places.

Then I would send people there and go, "Oh yeah, you know because of my recommendation, that's $1,000 but if you want me to get you a penthouse and a chauffeur ... then that's 10 grand.

So I was making it up on the fly. And (at the) parties that I would throw, because I was on the door and I like humble people, I would give people a password to get into my club. And one of the passwords was finish this line, "One fish, two fish, red fish..."

So people would walk up to the door, it would be me and another meathead on the door and they would say, "blue fish," and I would let them in.

And if they didn't and they were too arrogant and would go, "I'm here for the party," we'd say, "I'm sorry. There's no party here. I don't know what you're talking about." And there'd be a line of people getting in and the door would open up and music would barrel out. ...

...No one could contact us and ... this myth suddenly grew ... We didn't have business cards because we thought no one would take us seriously so again people thought we were that exclusive because we didn't even have cards.

Like Sarah, Steve's advice to other founders is simple:
Keep your word. ... There is no better asset or title than someone turning round and going, "That Steve, he keeps his word." ...

(Nowadays) I think people feel that it's OK to let someone down and then apologize about it and then try again. I think if you've got someone that keeps their word no matter what, even if you lose money because you priced it wrong, nothing better than your credibility.

... I held onto that (maxim) from an early stage, and it worked well for me.

Listen to my full interviews with Sarah and Steve by downloading them from SoundCloud here and here. (And download any of the past shows here.)