If I had spent less time on the business and more time with the family, we'd have been better off as a business and as a family.

Family must come first in a family business.

And if others don't get your startup idea, it won't matter how hard your team works to try to achieve it.

Balancing business and family, and ensuring demand for your product were key lessons shared by two veteran entrepreneurs on today's Entrepreneurs are Everywhere radio show. 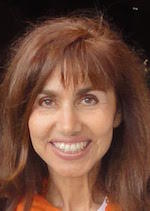 Joining me in from the studio at Stanford University were 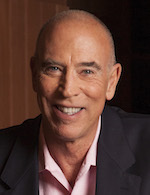 Listen to the full interviews with Magdalena and Michael by downloading them from SoundCloud here and here.

Magdalena Yesil is a founding board member and first investor of Salesforce. In Silicon Valley for three decades, spent eight years as a partner at US Venture Partners. Before she was an investor, Magdalena founded two electronic commerce companies, CyberCash - a pioneer in the secure electronic payment systems, and MarketPay, an embedded payments software company.

Magdalena was a pioneer in the commercialization of the Internet, helping move it out of the government and university domains and in establishing the infrastructure for e-commerce and financial transaction platforms.

Despite her later career success, Magdalena's first venture failed. She explained why:
Magdalena: ... you can have a fantastic idea, you can have a great team, you can have what you believe is a great market opportunity but you can die at the end so none of those are sufficient.

Steve: Why? What did you miss?

Magdalena: What we missed was capital ... We spent three years on developing and actually even structuring deals to buy Internet access companies out of Stanford and out of MIT, and no venture capitalist would give us a penny.

Steve: Because they didn't get it?

Magdalena: (Nods)... They did not believe that taking a nonprofit from a university and turning it into a commercial entity made any sense. There was no demand in companies for using a wide area network like the Internet and they didn't believe that the demand would ever be there so we got no funding. We had to fold after three years of not making a dollar. Basically, it was a very sad end.

We went and teamed up with a company called UUNET (one of the first Internet companies). UUNET ultimately ended up executing on the vision that we were trying to do and what was fantastic was that co-founder Dan Lynch and I as a team were able to make ourselves become part of UUNET and then we were able to realize our dreams through UUNET.

To hear the clip, click here.
--
Michael Mondavi is widely credited with helping to establish and build the Napa Valley wine industry as we know it. His career began in 1966 when he and his father Robert co-founded the Robert Mondavi Winery in Napa Valley.

In 2004, he launched Folio Fine Wine Partners with his wife Isabel and their children, Rob, Jr. and Dina.

A successful family business is a balancing act, he said:
...If my father and if I, when I was younger and my children were growing, spent less time on the business and more time with the family, we'd have been better off as a business and as a family.
(When I running the company) I would do extra travel to enhance the personal relationship with our customers across the United States. To do that, I had to sacrifice time away from my son and daughter and wife as the kids were growing. I didn't get to as many ball games or soccer or whatever as I would have like to. I got to probably ten times as many or a hundred times as many as my father got when I was growing up, but still not enough.

To hear the clip, click here.
--
Magdalena shared one of the keys to her success:
Magdalena: Curiosity drove me more so than anything else. Technology is a fantastic field if you're a curious person because there's always something new to learn. My career pretty much mirrors Silicon Valley; because I always wanted to get on the next wave. I was always curious to find out what the next developments were. I moved from semiconductors to systems then from systems to software, then from software to online services.

Steve: But you weren't qualified, you didn't have 15 years of experience in any of these things. How did you get those jobs if you know nothing about them?

Magdalena: But you're never qualified in technology. Everyone's a newbie because when there's a new wave happening, no one knows really the depths. We all figure it out together. The key isn't to know a lot, the key is to know more from the guys next to you.

Steve: How did you that?

Magdalena: It's really studying up. My skills as a student even today are in good use. Always studying up, always trying to figure out how you can learn as to where the research is, where the developments are, having a very good mind as to where the potential market opportunities might be.

Steve: You kept reading past your current domain expertise, is that?

Magdalena: I always did. I always have. ... curiosity drives most technologists. Let's face it. When there's a new technology that's emerging, there's very little information about it but the only thing you can do is speak or look at the research that's going on. Today, it's not just what's happening here in Silicon Valley but internationally and then apply yourself and become a specialist.

Founders don't have to be in Silicon Valley to have a successful venture, she added:
Everyone who is bright, ambitious and willing to work hard now seems to find their way to Silicon Valley from around the world.

But coming to Silicon Valley is not nirvana. The truth is you can start your startups wherever you are. What you need to do is to learn from Silicon Valley but apply it to your own ecosystem. In fact, the chances of you being successful where you are is probably a lot higher than packing your bags and coming mid-career to another country.

To hear the clip, click here.
--
When Michael and his father started the Robert Mondavi Winery, few people were drinking California wines. Europe had the market cornered. Michael explained how some Stanford grad students helped establish the California brand:
Michael: We loved to take European wines - whether it was a great Burgundy or great Bordeaux - that would cost three to 10 times the price of ours and put them on the table next to our California wines and have people taste them blind. The question we asked was not, "Which wine is better?" We asked, "Do these wines belong to be on the same table complementing this meal?" The majority of the time people preferred drinking our California and Napa wines over the Bordeaux or Burgundy ones.

Before that, restaurateurs would never compare California with France. It was "France is great" and "California is jug wine." Time after time after time we had to take our wines and do tastings side by side against the first growth Bordeaux.

Michael: Back then, the average wine drinker had to be over 50 years of age because the people below 50 were into cocktails. They didn't care about wine.

So our first targets were Wine & Food Society groups, Medical Friends of Wine. Back then, they were all at least 50 percent older than me. At Stanford I would do all of these wine and food society groups, black tie events, and try to present our wines versus the French. Then I went to graduate schools, and I would conduct wine tastings for the graduate schools.

We began getting a group of young college graduates from Stanford, from Berkeley, from Harvard, from all of the key schools, who started following our wines. And we were the only people doing it.

I was tired of serving wine to penguins in tuxedos who were a lot older than me.

My thinking was graduate students are going to want to learn about wine. They're going to be able to afford wine and who else to become your ambassador?

A customer crisis nearly destroyed the Robert Mondavi Winery in the mid-1970s. Some quick thinking saved the business:
This large customer, the Geyser Peak Winery, owned by the Schlitz Brewery at the time, cancelled a 5-year contract for bulk wine and said, "If you don't like it, sue us."

If we didn't do something with that wine and convert the liquid to cash in a relatively short period of time, we would have gone bankrupt.

In 1974 60% of all wine sold was in half-gallon jugs with a screw cap and a handle called "Burgundy" and "Chablis." I was the first one to put a quality wine in a magnum bottle with a cork and call it red table wine and white table wine.

It mainly sold through restaurants. ...They were selling a glass of Chablis for $1.25 a glass, but the Chablis was kind of sweet and didn't invite you to have a second glass. I convinced the restaurateurs to sell mine for $1.50 a glass. It would cost them a little more, but they'd sell 2 or 3 glasses because the wine was drinkable.

One of the things that keeps Michael going at age 73 is his willingness to keep learning from others:
If I don't learn something every day I've wasted the day. One of the beauties of working with different families in Europe and representing their wines here is that they have a different thought process. Take the Frescobaldi Family: before they'll make a decision, on a strategic issue for the business, they ask, "Will this impact my great-great-grandchildren?"

Here in this country we say, "What will happen in the next 90 days?"

Listen to my full interviews with Magdalena and Michael by downloading them from SoundCloud here and here. (And download any of the past shows here.)