There was a time when having the information gave you the power. That's no longer the key. The problem isn't getting information or data; it's knowing what to do with it.

Founders will always encounter naysayers, shut out the voices and listen to the customers instead. It gets you to a business faster.

Two lessons from the guests on today's Entrepreneurs are Everywhere radio show.
The show follows the journeys of founders who share what it takes to build a startup - from restaurants to rocket scientists, to online gifts to online groceries and more. The program examines the DNA of entrepreneurs: what makes them tick, how they came up with their ideas; and explores the habits that make them successful, and the highs and lows that pushed them forward. 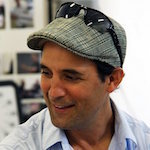 Joining me in from the studio at Stanford University were: 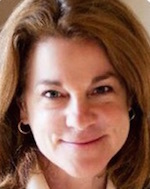 Listen to the full interviews with Guido and Doris by downloading them from SoundCloud here and here.

While doing Nearpod, his education startup, Guido learned to listen to the customers and shut out the naysayers:
Guido: I was clueless about how the education system worked other than as a consumer... so I'm learning a lot. Including that there are a lot of naysayers in the education business. They say things like "There's a lot of government money and we don't want to deal with that." "There's unions and you don't want to deal with unions."

There's a lot of negative stuff from investors, from sometimes employees. ... the publicity around working in education as a for-profit company is not the best one, but it's huge and important for our society, and I think we need more entrepreneurs in this space.

So I decided to ignore the naysayers. If you feel passionate, and have positive customer feedback, then go do it. You'll find a way to actually make a business in the space.

Steve: With almost everything great, people have said, you can't do that. "The world is flat, you're going to fall of the edge." "You can't go to the moon." "You can't build electric cars." "Who's going to want a personal computer on your desk?" and "Who's going to want to talk to your friends on some Facebook? That's just some kind of stupid idea." I think every great idea has had that phrase.

Guido: (Nods.) Nearpod in particular had a lot of that feedback. The first one was, "Mobile devices are not going to get into classrooms anytime soon." Well they were wrong, it's happening now.

The second thing we heard was, "Teachers, these are not great customers. They don't make a lot of money. They will not spend their money on these lessons. They don't have an influence on the ways the districts spend money. I've seen it before. There's a Death Valley of startups trying to do business with schools and teachers. Don't do that."

Well, here we are with $5 million in annual revenues and we're a consumer company that starts with teachers first, and we don't charge them a dime.

Now the new naysayer narrative is, "this is not going to scale. ..."

So there's always a good way to destroy what you're doing. If you really believe it, you put energy and effort, there might be a chance.

Prior to her 21 years as an educator, Doris Korda spent 15 years as an engineer-turned-entrepreneur in the cowboy days of the high tech industry. She started at AT&T Bell Laboratories, then grew a small network company she sold to Sterling Commerce.

While working at Bell Labs, Doris honed one of the most essential skills for a founder:
Doris: I learned to ask questions and not to be afraid of asking questions. That sounds like a simple thing, but back then, in the tech world, it was mostly engineers talking tech, bits and bytes. There were lots of people in the room (who were) a lot smarter than I was, technically. I always wanted to know why should we do this, who wants it, who needs it. I talked to people.

I learned a lot about asking questions, asking why? I learned how to form and cultivate shared interest among people in a system where everybody had individual interests. That sounds like a fancy thing, but it's really just about a lot of relationship-building.

Doris had been on the job at Bell Labs for a year when the company was broken up. Her youth and inexperience became assets as the company worked to remain competitive:
Doris: Some of my colleagues were paralyzed by the change, but I looked for ways to take the piece parts that my particular unit was allowed to work with and create new solutions. I partnered with people all over the company and I basically built new products.

It was really exciting, because they were so desperate for any kind of competitive success, and I was really, really successful. I ended up at a very early age being promoted, and that put me on the fast track, given awards, all this stuff. When I look back and I think about how young I was, and what they let me do, they were crazy. But it was a great opportunity.

To hear the clip, click here.
--
A founder must love his work, Guido said:
You have to fall in love with the problem. If you're going to spend your next 5, 10, 15 years working on something it might be as well something that you really feel passionate about.

He talked about what went wrong with Bionexo, his first startup:
Our plan was very theoretical. The business model for automating hospitals was perfect on paper, but we missed very tiny little details, like hospitals don't have computers for example! This is back in 2000 and most hospitals in Brazil didn't have computers. And we missed another detail like the procurement process in hospitals in Brazil were corrupt. The person that needed to approve the system was not really interested in actually pushing it forward.

Even though the theory was perfect, we were way ahead of our time.

And he discussed why immigrant founders face cultural challenges:
Guido: I get the feeling that as an immigrant when you put your feet off the plate you get punished harder. You always have to be watching your back. It's not that I feel that way at all. I was lucky to come legally to the U.S I came for business school I came for work. I didn't suffer the typical stigma. I worked at McKinsey. That gave me that interesting aura, really respect academic and professional background. But I think immigrants in general have a challenge in terms of behaving extremely well ...

Steve: They have to be better citizens than the citizens just to prove that you deserve to be a citizen?

To hear the clip, click here.
--
The Hawken School entrepreneurship program is modeled on the Lean LaunchPad curriculum, and has been adopted by high schools across the country. Doris explained how it works and why it's effective:
I find real businesses with real and urgent startup problems around Cleveland who are willing to let a bunch of high school kids work on those problems.

The students get out of the building to talk with customers. They learn creative problem solving. They learn collaboration.

We run the class like a startup. The students are on four different teams working on real problems with real deadlines. They learn critical thinking. They read more and write more. We can't imagine how much. They learn quantitative analysis. They learn statistics.

She also discussed why the education system is ripe for an overhaul:
Doris: The school system that we have now was created at a time when what mattered most was that everybody learn pretty specific content and it worked. It worked for a long time.

Steve: What do you mean, like math and history?

Doris: Yeah, if you're going to take a math class, these are the exact things you need to know and this is out of all of what's happened in history, you need to graduate high school having learned the following things, etc.

What the world needs is not a bunch of people who've graduated high school and can recite the quadratic formula from memory, but people who can be smart about knowing what questions to ask and how to solve really complicated problems that the world has never seen yet.

There was a time when having the information gave you the power. That's no longer the key. The problem isn't getting information or data; it's knowing what to do with it.

Listen to my full interviews with Guido and Doris by downloading them from SoundCloud here and here. (And download any of the past shows here.)

Next on Entrepreneurs are Everywhere: Congressmen Daniel Lipinski and Seth Moulton discuss how the government's innovation efforts are now Lean.