Environmental awareness, once enjoyed only by a niche group within society, has mushroomed in the last decade so that today it directly drives changes in consumers' purchasing behaviors. Only 30 years ago, the terms "climate change" and "sustainability" were barely recognized. But today, fewer consumers remain unaware of these terms. In many cases, this awareness translates into action.

Two-thirds of consumers consciously choose to avoid specific brands or items due to environmental concerns, a figure that has increased by 26% in the last six years, according to Tetra Pak's latest environmental research, which involved surveying 6,000 consumers across 12 countries, including the U.S. The transition from consumer concern to consumer action is driving positive change in industry, with global companies such as Unilever, Coca-Cola and Danone making sustainability central to their brands' core values.

Beyond our research, we see a number of factors driving this acceleration in environmental awareness. First, the unrelenting campaigning of global influencers, the media and international institutions like the World Bank, has called for government, industry and society to act together to adapt to the limits imposed by the finite quantity of natural resources. This effort may be working: Recently, 13 of the largest U.S. companies backed President Obama's quest to tackle U.S. carbon emissions. Their commitment shows the impact of consumers' environmental awareness and how shoppers' voting with their dollars gets results. 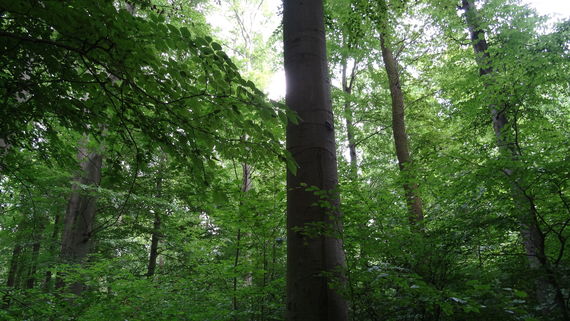 Second, the digital revolution has led to a world more connected than ever before; according to the Pew Research Center, 64% of Americans own smartphones, a number nearly doubled in four years. Widespread access to the Internet and new media means consumers have greater access to information, and companies may be held to greater standards of transparency and accountability.

Taking Action for the Planet
The result of having greater information access and knowledge is that consumers today, particularly those with children, feel greater responsibility to look after the planet for future generations. And more importantly, it means consumers feel empowered to take action, and this shapes the way they buy products across a range of industries, generating market opportunities.

For example, organic food sales have increased from "$3.6 billion in 1997 to over $39 billion in 2014" across the U.S. marketplace, while global sales of electric cars doubled every year between 2012-2014, notes the Organic Trade Association. Within the food and beverage industry, 39% of consumers said the environment has high influence on the beverage brand they buy, according to our research. Two-thirds said they bought environmental products--even if they cost more.

Making The Triple Bottom Line A Reality
Industry leaders foresaw this trend and incorporated concern for the environment as a central part of their business strategies. For some organizations, the "triple bottom line" of people, planet and profit envisioned in the early 1990s is becoming a reality. Our research shows 93% of food manufacturers and retailers worldwide have environmental initiatives. These include ensuring product recyclability, looking at manufacturing equipment and operations to minimize waste and energy consumption and incorporating responsibly sourced materials. Much of the industry is focused on using responsibly sourced materials, with some companies, including Tetra Pak, taking the practice a step further and making renewability--the use of materials that can be regrown or replenished over time--a key element in product differentiation.

Despite these advances, last year, 65% of U.S. consumers believed companies do not pay enough attention to the environment, according to an Ipsos global poll. That may be a sign that more needs to be done or that businesses are not doing enough to communicate their environmental initiatives, regardless of what spurred those activities, be it consumer action or business needs to lower costs or secure supply chains.

This presents an unprecedented opportunity for companies to show their contributions in supporting environmental sustainability through research, innovation and product design. Packaging serves a dual role for businesses and consumers. First, it is part of the environmental solution and needs to be consistent with a product's distinctive selling proposition--the natural properties of a food or beverage product should not clash with the environmental attributes of its packaging. Our research shows that over three-quarters of consumers are more likely to consider a brand using sustainable materials instead of standard packaging, with cartons among the preferred choice.

Second, packaging is a channel to communicate environmental credentials. According to our research, 7 of 10 consumers actively look for environmental information on packaging, compared with less than four in 2009. More than half say that logos, such as those of the Forest Stewardship Council™ (FSC™) or the Mobius Loop, which shows a circle of arrows to indicate a package is recyclable, are useful to understand a package's environmental impact and make the brand more appealing.

Acting In Response To Consumer Environmental Concern
As concern for the environment continues to influence buying behavior, it will increasingly drive change within corporate America. While environmental actions may have been traditionally driven by business strategies to reduce costs, increase efficiencies or ensure future growth, consumer awareness and purchasing power will drive corporations further. Strong environmental credentials are no longer a "nice-to-have" but soon can become a business imperative. The Internet's ubiquity means consumers can research businesses and more easily hold them accountable. Thus, communicating the action taken becomes as important as the sustainability initiatives themselves.

Using sustainable packaging is a win-win situation for the people and the environment alike. Seeing companies respond to consumers' environmental concerns clearly demonstrates power to the people in action.