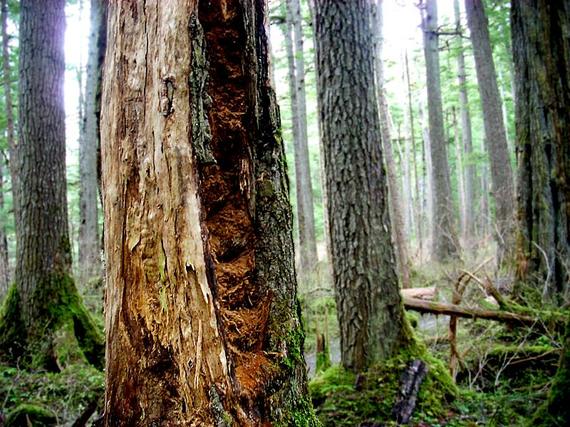 JUNEAU, Alaska -- Environmental groups announced Thursday that they were appealing the Big Thorne timber sale, the U.S. Forest Service's biggest Tongass National Forest sale in years. The agency said it was disappointed that the sale it had spent years preparing was again being challenged.

"It's just another legal roadblock that's really putting a wrench in us getting to our transition to young growth," said Kent Cummins, a Ketchikan-based spokesman for the Forest Service's Tongass office.

Now the groups, represented by environmental law firm Earthjustice, are appealing to the Ninth Circuit Court of Appeals. And this time they're asking for an injunction to stop imminent logging, something they hadn't done before.

Earthjustice's Holly Harris said that this time an injunction is needed because logging could begin as soon as April 1.

"In a case like Big Thorne, thousand of acres of old growth forest on the Tongass could be destroyed before the Ninth Circuit has the opportunity to review the Forest Service's decisions," she said.