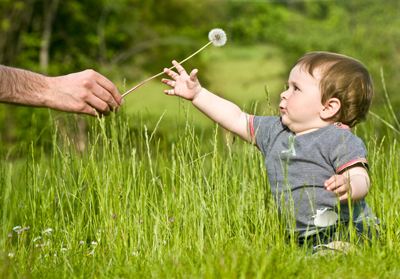 What is your definition of "green?" There is a persistent definition of "green" that was reinforced in last week's Fortune Brainstorm: Green 2010 conference and their April issue, 80 percent of which only looked through a lens that considered a product or activity's impact on resources, waste, and emissions.

Yet the negative toll of toxic chemicals and pollution on our bodies is probably as dramatic as emissions are for the planet, or plastics are for the oceans, the direct link is just harder to make.

Many so-called "green" and "sustainable" products are simply unhealthy. Quick and recognized examples include using recycled tires (including synthetic turf field) for children's playgrounds (the tires heat up in the sun and outgas chemicals), or energy saving insulation techniques that also seal toxic fumes inside buildings. Less well recognized might be a cleaning product that is based on renewable corn-based ethanol but that is toxic to the lungs.

I suspect we humans are medicating our way through the results of toxic exposure on our bodies and minds, missing the toxic chemical stressors that are the underlying cause of disease. Let's just look at exposure to neurotoxic or endocrine disrupting chemicals which results when we use a solvent-based marker or pesticides. Increase in these exposures correlates with increased incidence of ADHD in children. According to 2008 statistics with the Center for Disease Control and Prevention (CDC), eight percent of all children aged three to 17 years of age are diagnosed with ADHD, 11 percent of boys aged three to 17 years old are diagnosed with it, and 4.8 are girls.

According to a government study, antidepressants have become the most commonly prescribed drugs in the United States. Between 1995 and 2002, the use of these drugs rose 48 percent, the CDC reported. Additionally, there is evidence suggesting that environmental toxins such as organophosphate pesticides possibly contribute to "clinically significant levels of anxiety and depression."

The issue of toxic exposure and its effect on the central nervous system is close to my heart, as 30 years ago I was diagnosed with a clinical, atypical depression, when in fact I had classic organophosphate pesticide poisoning from a pesticide that has since been taken off the market because it was so neurotoxic. I know first hand that exposure to chemicals can be deeply disruptive to the body, causing much suffering.

It isn't that the Fortune Green conference wasn't inspiring and fascinating. It was. Nor that concern about climate change shouldn't be up front and center. I learned about some great and promising innovations for reducing emissions, and about companies taking heartening leadership initiatives in this arena. Watching the virtual conference in my slippers from home was wonderfully eco-friendly.

My reservation about the conference and magazine article is that, as is so common, when "green" was discussed, initiatives to reduce toxic chemicals in products was rarely mentioned.

A notable exception is a company that is integrating health into green. As surprising as it may seem, the conference's impressive opening talk was by Lee Scott, the former CEO of Wal-Mart, who discussed their groundbreaking three corporate goals, which include to be supplied 100 percent renewable energy, to create zero waste, and to sell products that sustain people and the environment. Apropos of this editorial, they take a rare and visionary role to reduce "chemical intensive products." Granted Wal-Mart admits their initiative began as a way to regain public respect, but they began to see win/wins everywhere they looked once they began to initiate the program.

Sustainability and green are defined more myopically by most. I just read in GreenBuzz, for example, that Procter and Gamble just launched a consumer engagement campaign, called P&G Future Friendly, designed to help its customers use its products in ways that save water, waste, and energy. P&G appears to be approaching sustainability issues in a way that also doesn't include reducing toxic chemicals in their products.

Surely, P&G's initiatives are all good and worthy, but perfectly make my point: What about toxics? How ground-breaking if P&G took a leadership role in reducing non-renewable and toxic chemicals in their products, as Wal-Mart has with energy with their stores, and aim for zero toxics with their products?

Here is an open invitation to multi-national product companies to take a leadership role in reducing toxic chemicals from products. A meaningful way to honor Earth Day, 2010, would be to lend our support to Senator Frank R. Lautenberg (D-NJ), chairman of the Senate Subcommittee on Environmental Health, who introduced legislation to overhaul the Toxic Substances Control Act (TSCA) of 1976.

In the meantime, our definition of green needs to broaden to always include health. How ironic that so many so-called "green" products make us sick.

Why do you think there is so often a disconnect between "green" and environmental health?