On April 22, 1970, 44 years ago, the nation celebrated its very first Earth Day. This movement was the brainchild of Wisconsin Senator Gaylord Nelson who longed to create teach-ins to raise awareness about environmental issues.

Nearly 20 million Americans from elementary school students to seniors to politicians (including Barry Goldwater and Edward Kennedy) participated in grassroots activities of all varieties. New Yorkers strolled in the middle of 5th Avenue, as part of the street was closed to vehicle traffic. Environment awareness demonstrations were held in Atlanta, Greensboro, and Miami. In Madison, Wisconsin, people gathered to see the sunrise over Lake Mendota.

Earth Day was instrumental in inspiring legislation like the Clean Water and Clean Air Acts. And now more than 1 billion people participate in some kind of Earth Day activities. But a vast variety of people and places have devoted themselves to the environment, even when it's not Earth Day.

For example, look at Wine Coast Country, a group of 10 beautiful seaside towns, close to San Luis Obispo County on California's Central Coast. The region, which contains lush vineyards and endless rolling valleys, is so committed to preservation and sharing their passion for the locale that this past August they created a Stewardship Travel program, inviting visitors to take part in more than 70 different sustainability programs which are listed on their website.

Visitors can hike magnificent Montaña de Oro State Park, do some trail restoration with local residents, and learn about the area's animals. Or they can plant pine trees at the Fiscalini Ranch Preserve or help to revive the habitat in the El Moro Elfin Forest. "People want to connect to a region in a deep way. And this program maximizes someone's depth of experience while minimizes the tourism impact," says Diane Strachan, Stewardship Travel Director of Wine Coast Country.

In Santa Monica, at the LEED Gold certified Shore Hotel, the environment is considered in nearly every facet of the property. Owned by the Farzam family, the hotel is the first property in California to implement an energy-saving system that reduces energy use during peak hours. Lights have sensors so they shut off when guests are away. Floors are made from recycled tires. The roof contains mounted solar panels. All chemicals used by housekeeping are biodegradable. Shower heads are low-flowing to save on water. Even the carpet and upholstery is 100 percent recycled.

On the Island of St. Kitts in the West Indies, developer Val Kempadoo, a leader in sustainability, is building Kittitian Hill, a resort and village, on 400 acres of farmland that will open this December. "My vision is to bring together community and culture, along with mindful conservation of natural resources," says Kempadoo. Instead of large structures that are alien to the landscape, the buildings are made to resemble the island's traditional smaller wooden chattel houses. He's established a training program, where a master artisans teach people how to make handmade high-quality crafts. They've planted trees and organically-grown fruit and vegetables throughout. There's a farmer's market on site so people from the surrounding communities can interact. He's even building a restaurant where guests and staffers will be encouraged to dine together.

Kempadoo compares his work to the Caribbean saman trees, which are huge but take hundreds of years to mature. "I once looked up at these trees and realized that the people who planted them had not planted them for themselves, but for their children's children and for future generations," said Kempadoo "That inspired me to create an area with a long-term value for our society and will hopefully inspire change for many generations to come."

Many people work throughout the year to help preserve the environment for generations to come. To learn about more people who are also pioneers for the planet, read the full story in 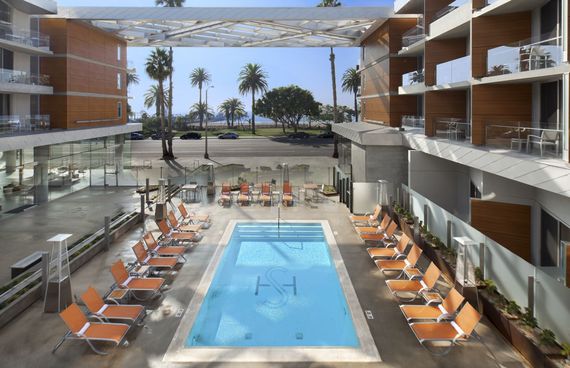 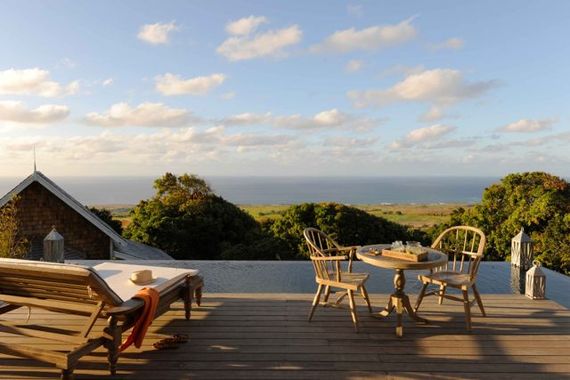 (All photos used with permission.)