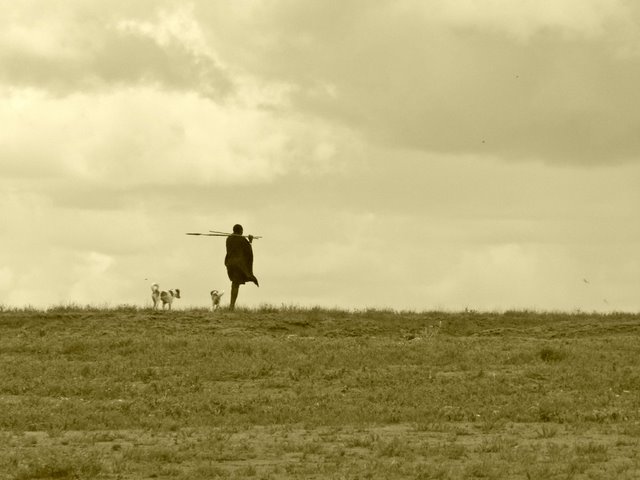 At the interface of tradition, tourism and sustainability, dramatic photographs can tell a story that is hardly apparent at first glance.

A stone's throw from the traffic and diversity of nearby Arusha, Tanzania, a village community -- what we might call neighborhood -- is preserved in the distinctly non-urban, tribal traditions which overlay the foundational stratigraphy of East Africa.

As the Ngorongoro Conservation Area yields to the Serengeti plains and wildlife of lore, Maasai villages dot the landscape -- easily discernible settlements of the country's oft-noted tribe. The Maasai culture, which gains sustenance, measures wealth and attracts wives by numbers of cows, resounds with the color of robes, talking sticks and spears, amid the real-time exhibition of long walks across varied terrain. 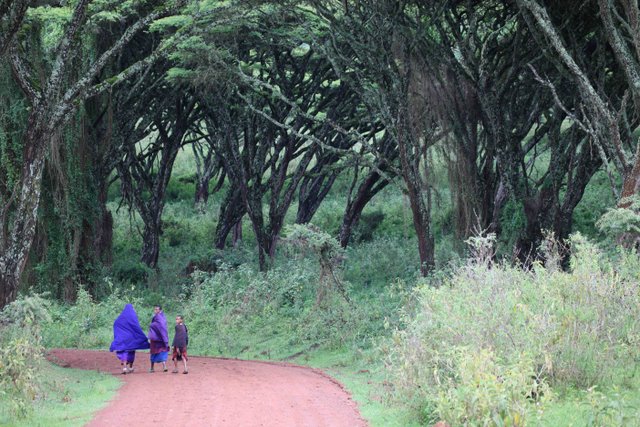 Roadside Maasai observers, whether solo or in groups, help define the travel experience from Arusha to safari destinations. Safari-bound visitors take note and wave, and sometimes a vehicle from this contrasting culture of Land Cruisers stops to take a photo or to buy jewelry and crafts. In such interactions, traditional dances converge, as both the musical expressions of the Maasai culture and the negotiations of modern commerce play their respective roles.

The visual and interactive experience is compelling, if not overwhelming, and it is not difficult to romanticize the storybook Africa we want to see. But even amid this dramatic setting, we should not forget how today's sustainability concerns play out in natural and conservation areas, where the simplest introduction of cultural change -- including the modern accoutrements of a packed lunch -- can implicate the surrounding environment.

Against this backdrop, last week, a Maasai man waited patiently with three dogs some 20 feet away from our lunchtime rest spot under the canopy of an isolated, acacia tree on a cat-track northward. He looked at us and we looked back, both with respect and wonder about how and why.

After 20 minutes of this dance of glances, and a Swahili exchange of offer and appreciation, Elisha, our guide, passed on two plastic bottles of water. Then, the man arose and walked dramatically to the horizon, until he became the classic silhouette of spear against sky, reproduced above.

This timeless image, in today's terms, raises basic questions of sustainability of an age-old ecosystem, not unlike those presented in today's urban environments. Think of the concerns behind recent American city efforts to ban plastic bags and styrofoam, but played out in a distant land of lore.

At first, such inquiries seem almost mundane, but echo beyond simple litter control. Should plastic bottles and cling-wrapped sandwiches populate the safari lunchbox? If so, should they leave the vehicles? And if shared in the community of the rudimentary, traditional Maasai village, where do they go when empty? 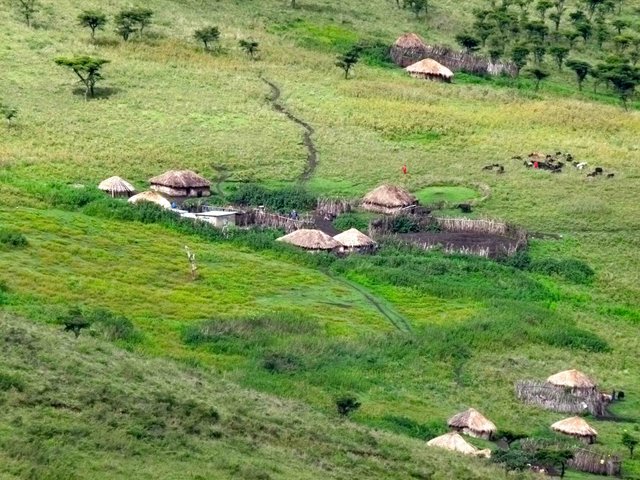 Another case in point: We visited a Maasai village, and conversed with the chief's son in a cramped, domed hut no larger than a small walk-in closet. We sat not on the classic hardened dung and sticks in the walls built by women, but on overturned, round plastic drums -- a Home Depot-like incongruity, to be sure.

From an outside perspective, it was readily apparent that best practices could define conduct of the tourist industry in today's Tanzania, which could, in turn, have a positive impact on traditional cultures and the unrivaled ecosystem of the region.

There are efforts underway, including those of Damian Bell, a former safari purveyor who, from the vantage point of non-governmental organizations, provides laudable consulting, partnerships and audits via the Honeyguide Foundation. The Foundation's inspiring mission is based on a combined approach, whereby the tourism industry and local communities unite to "protect Tanzania's natural heritage and landscape" and simultaneously "empower local peoples":

At Honeyguide we strive to link local communities with the tourism industry in order to catalyze economic opportunities and Responsible Tourism practices. In order to advance our mission, Honeyguide is committed to strengthening: 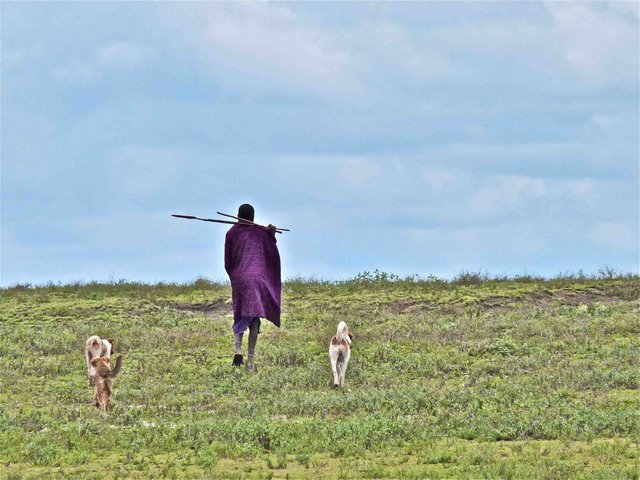 Bell and his colleagues are also in the start-up phase of the related "Responsible Tourism Tanzania" (RTTZ), with more focused efforts to establish an accreditation body for "eco-friendly" practices which adapt standards developed elsewhere to local context.

Such efforts raise more, traditional questions of how to incentivize human conduct -- beyond simple "trash in, trash out" policies -- in places where regulatory compliance and enforcement are not ordinary aspects of daily life.

Some see the stuff of legend in dramatic photographs. But young warriors-to-be are long barred from the rite of passage of the lion kill.

Today, the facts behind the Maasai man on the horizon raise universal questions of how to manage sustainable practices in a changing world.