The new Clean Power Plan the U.S. Environmental Protection Agency unveiled this week will affect about 1,000 fossil fuel-fired power plants across the country, and now the EPA has a new interactive map that shows exactly where those power plants are and which states could be most affected by the proposed new rule.

The Clean Power Plan, part of the Obama administration’s Climate Action Plan, proposes carbon emissions goals for existing fossil fuel-fired power plants as a way to tackle climate change, aiming to slash carbon emissions from those power plants to 30 percent below 2005 levels by 2030. That means natural gas, oil and cogeneration plants fall under the rule, as does coal, the largest source of CO2 emissions from electricity production in the U.S.

The plan, scheduled to be finalized next year barring any expected court challenges, is one of two rules the EPA has proposed over the last year aiming to slash carbon emissions from electric power plants, primarily ones fueled by coal. A rule capping emissions on yet-to-be-built power plants was proposed last fall.

The EPA created its map to illustrate which power plants fall under the Clean Power Plan and which states took steps to slash their CO2 emissions before the EPA proposed the new rule.

Colorado, for example, is among the states that would have to do more than many others to slash its CO2 emissions rate based on the EPA's complicated formula for determining a state's power plant emissions reductions goals.

Several factors influence how the EPA determined how drastically Colorado and other states need to cut their CO2 emissions rate. Each state’s goal is different based on how much the EPA believes that state can reduce the carbon intensity of power plants through efficiency improvements; how much a state can offset its emissions from the most-polluting power plants with natural gas and renewables; and how many energy efficiency measures have been taken by electric power customers that reduce the demand for electric power.

That emissions rate includes all forms of electric power generation, including renewables, so the state will likely have to find ways to boost the amount of energy produced from low-carbon-emitting power sources, such as wind and solar, while reducing emissions from coal-fired power plants.

Spelling out how much carbon the state emits, the EPA’s map says Colorado is already on its way to reducing carbon emissions. The state has implemented energy efficiency standards and renewable energy portfolio standards.

On the other side of the country, South Carolina is far down the list of states with the greatest volume of CO2 to slash, but has to cut its CO2 emissions rate more than any other in the U.S., according to the EPA’s proposal.

Texas emitted the most CO2 measured in actual metric tons released into the atmosphere — 223 million metric tons in 2012. But its emission rate was 1,298 pounds of CO2 per megawatt hour of electricity generated that year, a number the EPA would like to see be cut by 507 pounds by 2030.

But South Carolina, which released about 32 million metric tons of CO2 in 2012, had an emissions rate of 1,587 pounds of CO2 per megawatt hour that year, and the EPA wants to see the state slash that rate by 815 pounds in 2030, according to the map.

Though the EPA's map is lacking in some details about each power plant affected by the plan — it doesn’t specify what kind of fuel is used at each power plant — it gives a valuable overview of the goals it is proposing for each state in one of the most significant federal government regulations addressing climate change. 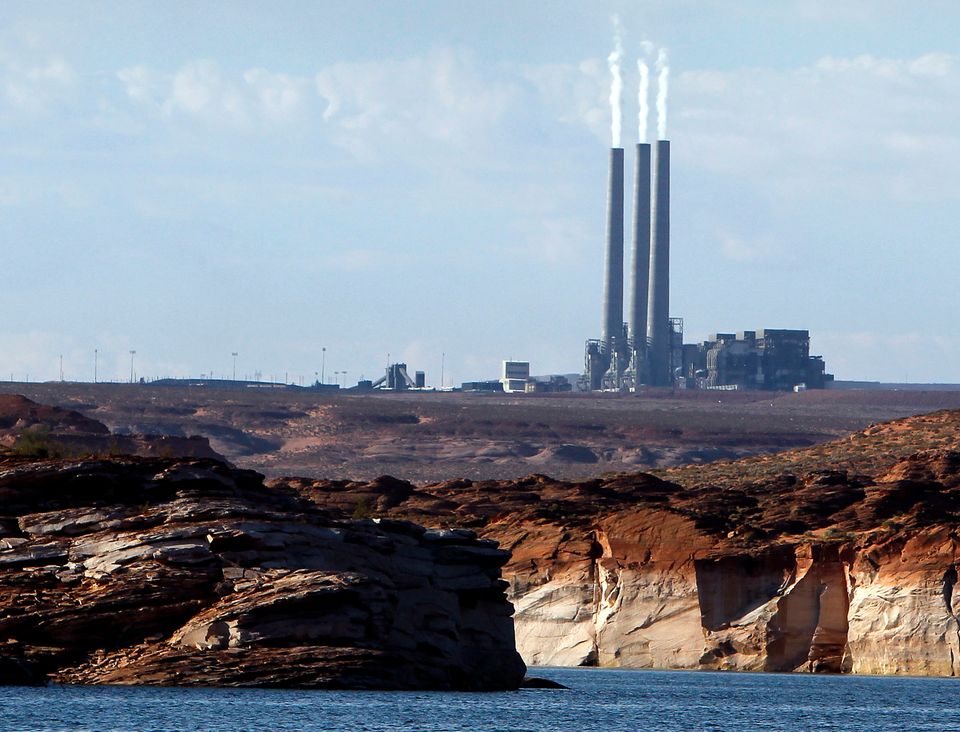