The stunning unintended consequences of burning in excess of 96 million metric tons daily of climate altering, subsidized fossil fuels made this holiday season unforgettable for millions of people around the world who experienced wild weather.

In October the average temperature across land and ocean was a remarkable 1.79 degrees Fahrenheit above the 20th century average, smashing all previous 136 years of NOAA's record keeping.

Rather recently the oceans concealed deep within about five decades worth of heat-trapping fossil fuel temperatures. In November, the enormous El Nino, a large-scale climate disturbance, brewing for months in the Pacific Ocean revealed ocean surface temperatures 1.15 degrees Fahrenheit warmer than the 20th century average, eclipsing the old record by more than three fold set last year at 0.36 Fahrenheit. An overheating ocean has begun to wreak havoc globally. 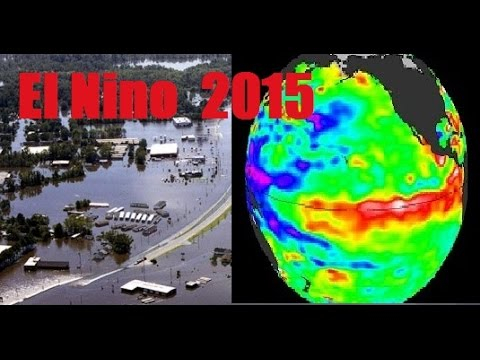 This El Nino, which is supercharged from an overheating ocean, is one of the strongest since 1950 and it's beginning to spark deadly and very costly climate extremes in Australia, South America, the UK and the United States. 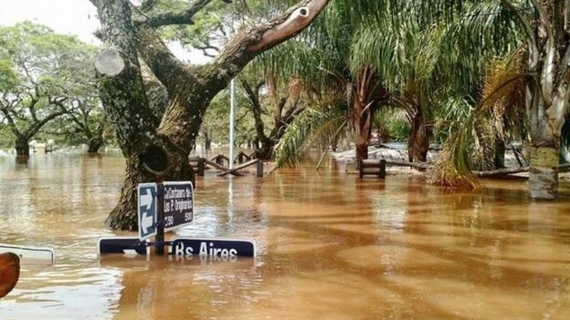 A warmer atmosphere holds more moisture and when it poured during mid December in Paraguay, Argentina, Uruguay and Brazil, more than 160,000 people were forced from their homes from some of the worst flooding in half a century. 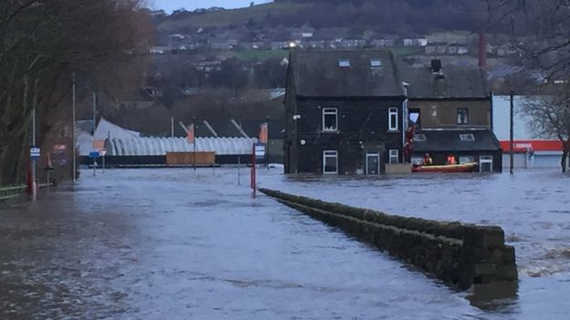 People were rescued from a house in Baildon, West Yorkshire. Photo credit. bbc.com

Torrential flooding across northern England has inundated York, Leeds, Greater Manchester, Cumbria and elsewhere. Prime Minister David Cameron has deployed the army and emergency services to assist thousands of stranded people. Economic losses have been estimated in excess of 1.5 billion pounds with more heavy rainfall predicted in England, Scotland and Wales in the coming days. 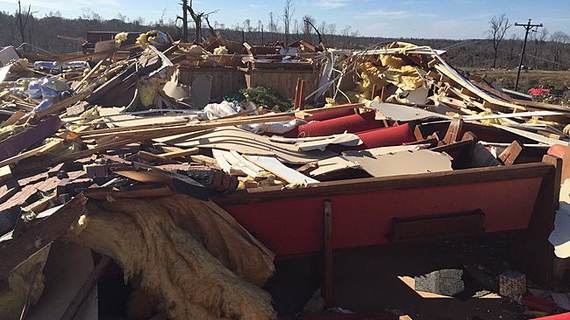 Meanwhile in America just before Christmas, 15 people were killed across Mississippi, Tennessee and Arkansas as tornadoes ravaged these states. Unseasonably warm moist air from the Gulf of Mexico spread across the southeast and encountered a polar dry air mass, spurning tornadoes three months a ahead of 'Tornado Alley' season. A couple days later, EF-4 twisters (156-200mph) laced into northern Texas and then onto Dallas suburbs, leaving 11 dead with 600 structures damaged. 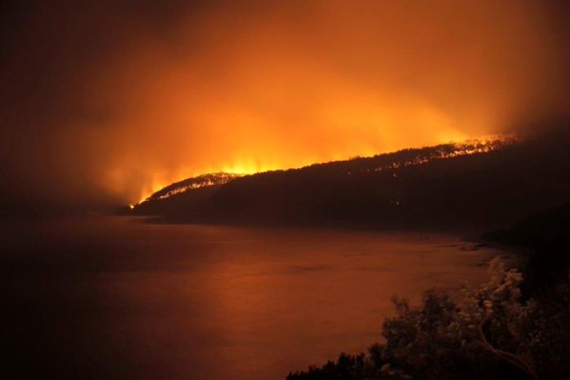 On Christmas Day along one of the most spectacular coastal roads in the world - The Great Ocean Road - an apocalyptic wild fire rapidly incinerated over 5,000 tinder-dry acres and 116 homes along both sides of the Road right down to the ocean, between Kennett River and Wye River in Victoria, Australia. No human lives were lost but sadly many wild creatures perished. 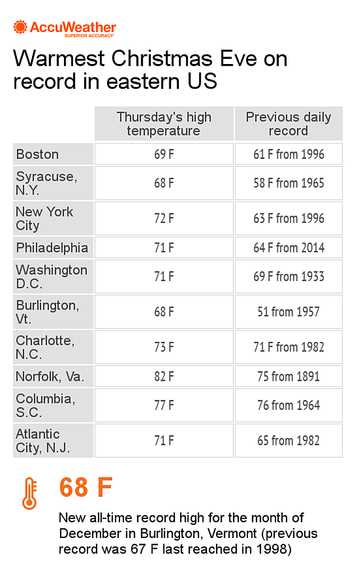 Record temperatures across the northeast on December 25, 2015. Photo credit: accuweather.com

Also on December 25th - 10 northeastern cities - reported record temperatures resembling May rather than December. Those record-breaking temperatures have lulled wildlife into a false sense of security. 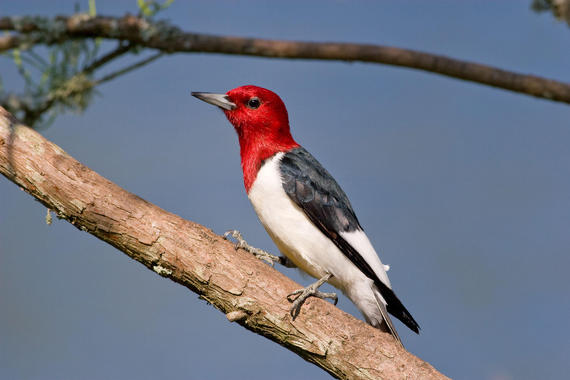 High temperatures reached into the high 60s and low 70s throughout the northeast this month, so Red-headed woodpeckers are hanging around instead of flying south. Photo credit: Kathleen Johnson

The record-breaking fall temperatures in the northeast kept many bird species from migrating south. Normally, many species would have left months ago. So when 'Old Man' winter arrives, we can expect many bird deaths because these migratory birds are not adapted to contend with frigid winter temperatures.

As we continue to burn more fossil fuels, expect more wild weather with double the frequency of what my colleagues have dubbed 'Super El Nino' events.

The time is now to redirect $5.6 trillion in annual fossil fuel subsidies into future proofing all towns and cities worldwide.

This includes harnessing the sun, wind and ocean waves, planting victory gardens with food bearing trees in every yard with rain tanks in more arid regions, retrofitting all government buildings and redoing leaky, antiquated town and city water systems including upgrading storm drains, depaving to reduce temperatures of urban heat islands, and revitalize all soils by adding compost to help store atmospheric carbon. A goal to plant one sapling and tending it into maturity for each human or 7.4 billion new trees in all urban centers could be achieved by following the recent New York City model. 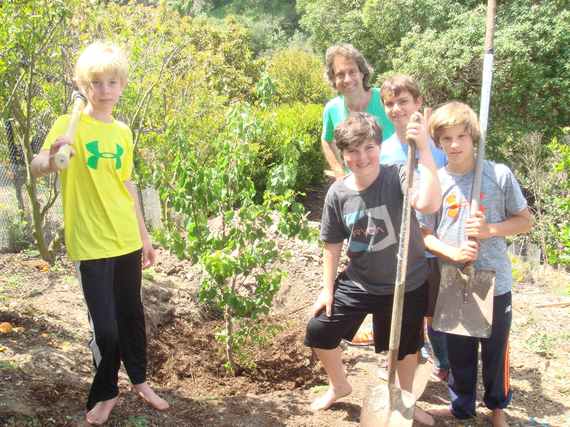 It's time for each and every one of us to take action and future proof our homes and communities in the face of the horrendous climate crisis because failing to plan is planning to fail - and that's not an option!

Earth Dr Reese Halter is the author of The Incomparable Honeybee and the Economics of Pollination.