The Feast of the Epiphany, marking the end of the 12 Days of Christmas, is generally observed on Friday, Jan. 6, 2012. 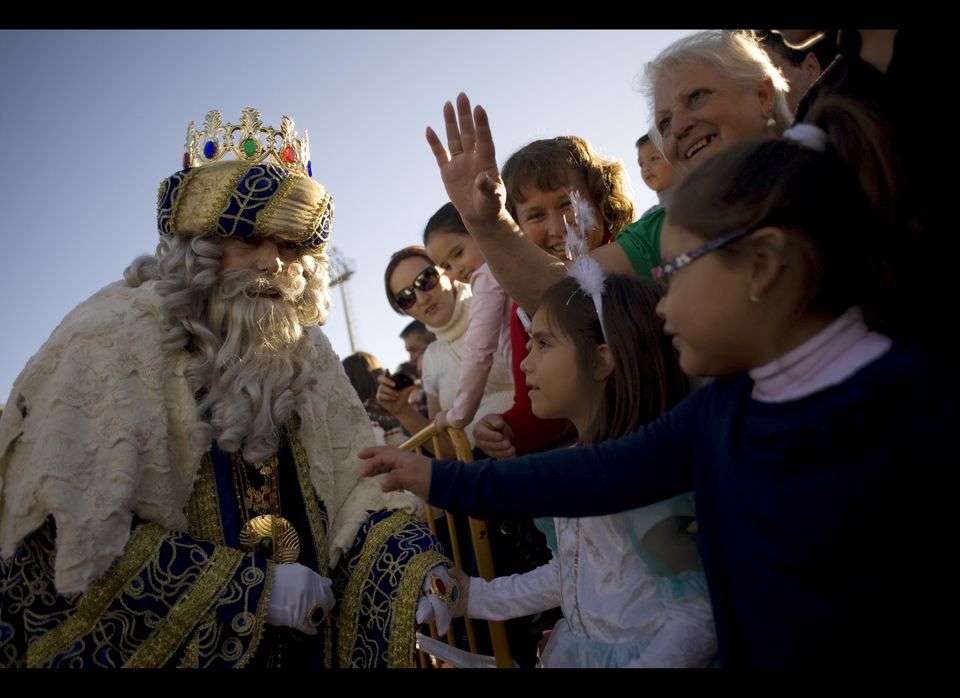 1 / 16
Southern Spain
A men dressed as King Melchior meets children upon his arrival with men dressed as Kings Balthazar and Melchior, otherwise known as the three wise men or Kings to take part in an Epiphany street parade on Jan. 5, 2012 in Fuengirola, southern Spain. The parades are held each year on the eve of the Feast of the Epiphany, which celebrates the gospel story of the coming of three wise men to bring gifts to the Christ child.
Jorge Guerrero/AFP/Getty Images