The Feast of the Epiphany, marking the end of the 12 Days of Christmas and the new season of Epiphany, is observed on Tuesday, January 6, 2015.

Correction: A previous version of this piece misstated the date on which Epiphany 2015 is celebrated as "Monday, Jan. 6;" Jan. 6 is a Tuesday. 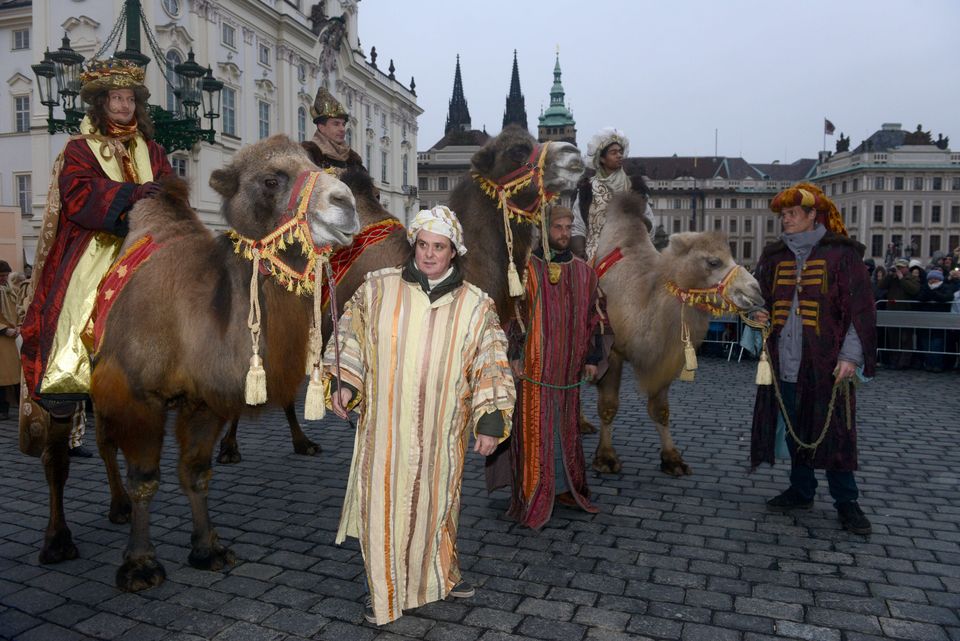 1 / 30
CZECH-RELIGION-TRADITION-EPIPHANY
Men dressed as the Three Kings ride camels as they take part in a procession featuring the kings' journey to the Christ child born in Bethlehem on January 5, 2015 in Prague. The procession is held every year to mark Epiphany. AFP PHOTO / MICHAL CIZEK (Photo credit should read MICHAL CIZEK/AFP/Getty Images)
MICHAL CIZEK via Getty Images