August 26th is Women's Equality Day in the United States, and while I understand the late great Bella Abzug's desire to publicly validate women achieving the vote with the 19th amendment, it isn't 1971 anymore, it's 2015. I worry we are in dangerously Orwellian waters when we continue to use a name that proclaims something that does not exist to people who blithely believe it does.

More than three quarters of us have no idea that women never achieved equal rights under the law, let alone that Women's Equality Day is an aspirational title, given at time when the presumptive next step after the 19th Amendment (the Equal Rights Amendment) seemed inevitable. 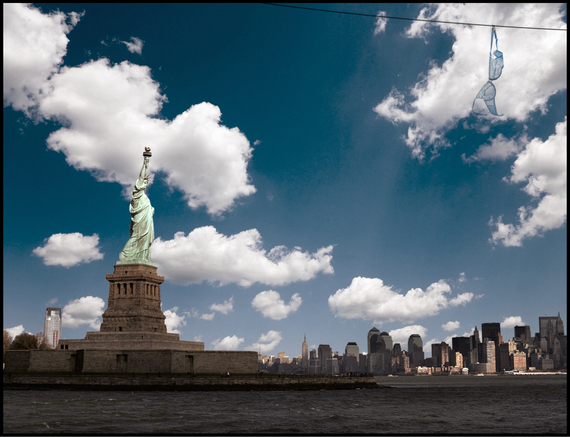 Ask any young woman on the street how society sees her and she'll tell you that she is feeling pretty empowered these days. She has no doubt she can "be, do and have" whatever she sets her mind to. In fact, she's sure that if she's not making it, it's her fault; she's just not living up to her potential, or "leaning in" enough.

But dig a little deeper and she'll also tell you that she's afraid to tell her boss she's pregnant because she's pretty sure he'll fire her. She'll sigh when she tells you how she just trained the third new guy in a row to be promoted over her; half her age and experience. She might whisper that she's fleeing from an abusive partner, that the shelter has no room for the ten thousand battered women that show up everyday and she has nowhere to go. Or she may reveal that she was raped and dropped out of college because they did nothing to protect her from the rapist and she was scared to stay.

The fact of the matter is that equality for women is neither explicit, in the law of the land, nor implicit, in the substantive reality of women's lives. From the standpoint of status, opportunities and rights, women are still at a sizeable disadvantage to men across the board.

I don't make these statements lightly or without significant investigation. In fact, for the past six years I have been working on a documentary film, Equal Means Equal analyzing where American women find themselves across a dozen different subject areas and looking at how the present law is working or not, to solve the problems. 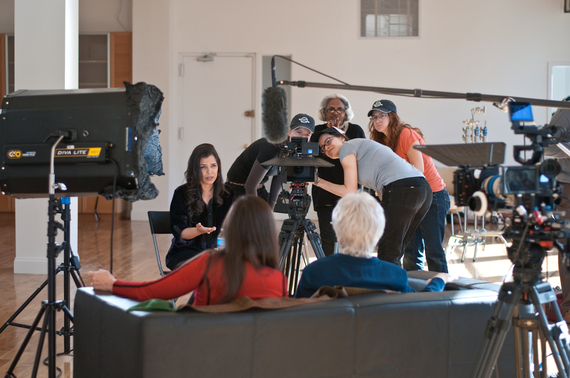 From domestic violence & rape to foster care & child sex-trafficking, the issues we tackled during the filming of Equal Means Equal were extremely difficult for all involved, including the crew. The theory I had developed, that there are a vast number of women directly affected by one if not several of these problems, was unfortunately corroborated over and over again throughout filming.

However difficult, taking a long hard look at the list of long-accepted ill treatments of women is the necessary first step in facing the scope of what were are dealing with and moving with speed and conviction towards the solution.

Now, after well over a hundred people interviewed across the country and thousands of hours of analysis and editing, the completed film has revealed itself as more than just the sum of its parts. The film exposes an ominous synergy at work in the way our social/legal/criminal justice systems are unconsciously enforcing entrenched bias against women.

There are multiple laws in play that are routinely sidestepped, ignored or deliberately misinterpreted to the detriment of women and their children. There is a tacit understanding that the laws are there to be twisted, hence the emphasis on "the letter of the law" versus the spirit and intent of the law.

By investigating a series of seemingly disconnected issues through the lens of gender discrimination, a larger more systemic failure is becoming glaringly apparent. The norm presumes, both socially and legally, that women are somehow worth less, that their time, lives, health, privacy and autonomy are at the pleasure of the social mores of the time. And our Constitution does nothing to address this bias - in fact, only recently has a woman's inferior legal status been seen as anything other than "the way things are/should be."

This systemic failure works hand-in-glove with the goals of corporate "citizens" who, while anointed with personhood, have not been taught ethics or what being "a person" actually means, and whose dictum to "increase quarterly profits" falls squarely on women's shoulders to execute. Women are now 47% of the paid workforce but make up over 64% of our minimum wage workers. Our gender wage gap averages between 78 cents for a white woman to an astonishing 44 cents on the white male dollar for Hispanic women in Los Angeles County. Celebrating Women's Equality Day under the circumstances seems like a special brand of black humor.

If making this documentary has taught me anything, it is that both law and hearts must be brought to bear on the unseemly status of American women today. Without the law, we build our dreams on quicksand at our own peril. Without hearts, the law will never serve its intent because anyone with half a brain and a law degree can use semantics to beat the written word in an argument.

Despite the pop culture facade, the grim reality is that U.S. law favors Corporate "people" over female people, providing explicit rights to Corporations that it does not extend to women including protection under the 14th Amendment.

Corporations may be deemed people, but unless they are "taught" empathy by humans they will never understand the responsibility of personhood and the beautiful horror of our frailty. 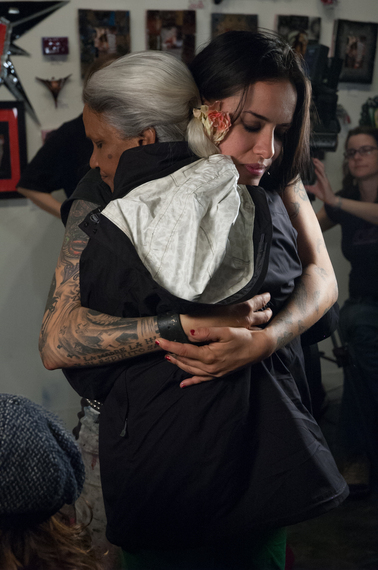 In order to change the status quo, we need to care that women still are not equal. We need to understand that, as Martin Luther King said, "Injustice anywhere is a threat to justice everywhere." That we are all linked - no one better than another or more worthy of human dignity. We need to acknowledge that the fight for Women's Equality is a matter of principle: women are still not recognized as full human beings and until that happens, the United States is living a lie and betraying its core values.

The equal status of women is a matter that must be addressed both socially and legally simultaneously and with urgency to begin to fulfill the American dream for the entire population - not just less than half. We cannot let another election go by without true legal equality for women being on the table. Demand equal rights NOW.

Equal Means Equal. It's that simple.

Lizzo Captures Her Mom's Sweet Reaction To Her New Music