By Yuri Soares and Shoshana Grossman-Crist

Yuri Soares is chief of development effectiveness at the Multilateral Investment Fund. He holds a PhD in economics from Michigan State University and a Master's degree in agricultural economics from the University of Florida. He has worked in the United States and Brazil.

At the annual summit of the Global Banking Alliance for Women (GBA), it is was evident that we've learned much over the past few years on how to fashion effective approaches to help women entrepreneurs. GBA is a group of financial institutions, including some of the world's main banks, dedicated to expanding access to financial services for women, with an emphasis on targeting women-led enterprises. Its member banks are experimenting with innovative--and profitable--approaches.

But the discussions at the summit--held in São Paulo, Brazil, September 29 to October 1--also revealed a disconnect between our understanding of the causes of gaps between men and women entrepreneurs, and the innovative development models being fielded to address these gaps. We seem to have advanced our understanding that targeting women with financial services is not about products, but about the way financial institutions market and provide services to women, and how this differs from the approach for men. However, we appear to have a more limited understanding of how men and women entrepreneurs differ in their motivations, tolerance of risk, aspirations, and capabilities.

There is little agreement in the specialized economic literature regarding the causes of gaps between men and women entrepreneurs. What are the main differences between businesses led by men and by women, and which of these differences matter for business success? Are differences in skills, capabilities, or risk tolerance important? What are the roles of family considerations and social norms? Some patterns appear across studies in different countries. For example, many of the observed differences in business performance between men and women are driven by the fact that women start businesses in slower-growing sectors and industries. But as is clear in a recent review of the existing literature by Luisa De Vita, Michela Mari, and Sara Pogessi, our understanding is still very limited. 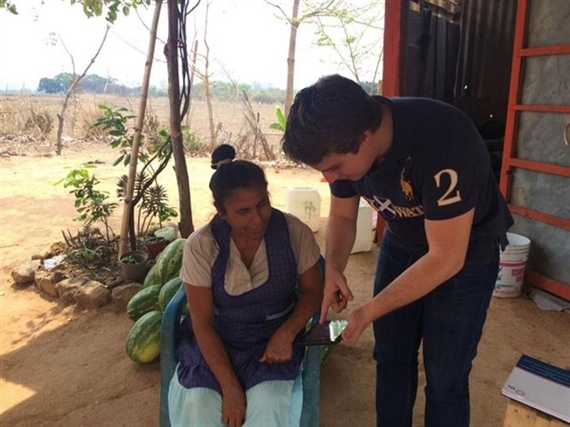 Two recent papers commissioned by the Inter-American Development Bank (IDB) provide insights on the differences between male and female entrepreneurs that actually matter for business performance, using data from Banco ProCredit in Ecuador and the Entrepreneurial Finance Lab (EFL). The EFL data, in particular, takes advantage of a combination of demographic, financial, economic, and psychological data on more than 18,000 entrepreneurs who were applying for business loans at eight financial institutions across the globe. By looking in detail at these data, the studies find that although men and women differ in several aspects, both achieve success, but by taking somewhat different paths:

Men and women entrepreneurs are both successful, but you have to look a little deeper. Male entrepreneurs are running businesses that are significantly (29%) larger--they have larger business assets, revenues, and profits. Yet, when other variables are taken into account, women-led firms grow just as fast, and stay in business just as long.

Nevertheless, women are starting types of businesses that are inherently smaller. Women-led businesses are 17% more likely to operate in the retail sector. In contrast, men are significantly more likely to operate in sectors with higher revenues and profit margins, such as business selling to other businesses. This turns out to be one of the most important explanations of the gender differences in entrepreneurial success.

Differences in business type are further compounded by women requesting smaller loans. In EFL's sample, women-led businesses are requesting loans that are 51 percent smaller than loans requested by their male counterparts. EFL saw this difference in financing requests even when comparing women and men with similar psychological, demographic, and socioeconomic traits, and women and men with similar types and sizes of business.

Differences in psychological profiles are not in play. Yes, men and women have different psychological traits, as measured by psychometric tests, but these do not seem to be important for business performance. The EFL data includes variables related to entrepreneurial creativity, opportunism, proactivity, and vision, as well as IQ and a number of other psychological traits among the entrepreneurs.

The differences between men's and women's entrepreneurial success therefore come down not to having different potential--which in fact appears to be the same--but to men and women making different choices about the type of business to start, and requesting different levels of financing.

So where do we go from here?

This takes us back to public and private organizations--like GBA--that are discussing these issues, and insisting on the importance of collecting and properly analyzing data to expand access to financial services to women-led entrepreneurs. Evidence such as that uncovered by the EFL and ProCredit studies is critical to dispel myths regarding gender differences. Differences in aptitude, potential, and even risk tolerance are often used to justify strategic business and policy choices, but they turn out to be relatively unimportant. On the other hand, there are significant gender differences that suggest that women entrepreneurs achieve success in somewhat different ways than men, and that they face hurdles that men do not--such as low participation in capital-intensive sectors, and smaller requests for credit. These findings tell us that successful approaches to the women-led market should focus on these first-order differences and hurdles.