Phyllis Schlafly, uber-conservative leader and foe of the Equal Rights Amendment, passed away on September 5, 2016.

As a feminist who believes in social, economic and political equality for women, I will not lament her passing, because she did as much or more than any single person to ensure that women would not find equality under the law. 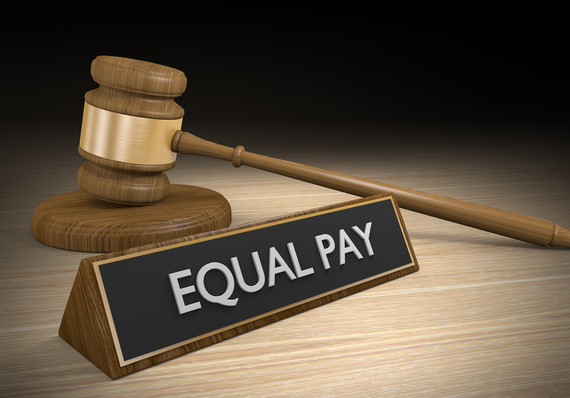 Here is the crux of the ERA:

"Equality of rights under the law shall not be abridged by the United States or by any State on account of sex."

This simple sentence comprised Section 1 of the EQUAL RIGHTS AMENDMENT (ERA), which was first proposed in Congress by the National Women's Party in 1923. It was introduced in every session of Congress until it passed, reworded (below), in 1972.

"Equality of rights under the law shall not be denied or abridged by the United States or by any state on account of sex."

This rewording made an even stronger statement than the original.

But passage by Congress did not mean it went into effect. Amending the Constitution is a two-step process. First Congress must propose the amendment by a two-thirds majority in both the House and Senate. After proposal, it must be ratified by three-fourths (38) of the state legislatures.

Organizations like the National Organization of Women (NOW) began a hard push for state-ratification of the ERA. 38 states needed to ratify the amendment to make it law. Public opinion polls showed strong, favorable support. 30 of the necessary 38 states ratified the amendment by 1973.

And then the momentum slowed as Phyllis Schlafly, leader of the STOP-ERA CAMPAIGN, began the movement against ERA ratification, suggesting that ratification would lead to the complete unraveling of traditional American society. Schlafly, a career woman with a law degree, nevertheless glorified the traditional roles of American women. Schlafly's STOP-ERA Campaign gained traction, in effect slowing -- and eventually killing -- the required 38-state ratification of the ERA.

By 1982, the year of expiration, only 35 states had voted in favor of the ERA -- three states shy of the necessary total. As a result, the ERA never became an amendment to the Constitution.

This is why women still only make 77 cents on the dollar to men. There is no law to stop employers from discriminating in pay.

There is no law to stop employers from discriminating against women's reproductive rights. What rights had been won were diminished as a result of the HOBBY LOBBY Supreme Court decision, which stated that the 2010 Affordable Care Act can't require certain businesses to provide free insurance coverage for birth control if they object on religious grounds.

That SCOTUS decision has, more than three decades later, re-energized interest in the ERA. Advocates are working to advance the ERA's cause at the grass-roots level as some in Congress work to either repeal the amendment's deadline or start over. Belief that a woman's reproductive rights should be protected, and that no employer should have control over that issue, has been the igniting factor.

With the current makeup of Congress, there is little chance that the ERA will see the light of day.

Here is the breakdown of party/gender in the House of Representatives, where it must first pass:

There are 435 total Representatives and Delegates: 247 Republicans, 193 Democrats (this adds up to 440, but that includes five delegates representing the District of Columbia, the Virgin Islands, Guam, American Samoa, and the Commonwealth of the Northern Mariana Islands.)

There are 88 women in the House of Representatives, 65 Democrats, 23 Republicans.

Imagine how much more could be done in regard to protecting women's rights under the law if Democrats could regain control of the House. With 65 Democratic women in the House, and Democratic control overall, the House could effectively put the ERA at the top of its agenda and could repeal the amendment's deadline, giving it new life.

There is so much at stake in the November, 2016 election. The word VOTE has taken on monumental significance -- more than at any time in history, especially in regard to women's rights. Women were not given the right to vote until 1920, when the 19th Amendment to the Constitution was ratified; but our votes since that time have helped reshape history.

Don't let this privilege of effecting change through your constitutional right to vote slip away.

VOTE for every single candidate on your ballot who advocates women's rights.

Changing the Party majority of the House, and regaining control of the Senate, is the only way to assure that laws such as the Equal Rights Amendment, and the overturning of the Hobby Lobby decision, are in our future.

"The present is a contest and the future is our reward."