Equality House, the building across the street from the Westboro Baptist Church compound, is making a bold move in honor of the Transgender Day Of Remembrance: painting the house the colors of the transgender flag.

The Equality House is an initiative spearheaded by the organization Planting Peace that seeks to challenge the radical and homophobic rhetoric of the Westboro Baptist Church. In the past, the house, which was originally painted the colors of the Rainbow flag last March, has played host to a child's lemonade stand for peace, a gay wedding, and a drag show -- all essentially on the anti-gay church's front lawn.

"Transgender suicide, as well as murders of those that are transgender, are alarmingly high," president and founder of Planting Peace Aaron Jackson told The Huffington Post in an email. "I wanted the Equality House to play a role in bringing public awareness to this issue and to let those in the trans community know that we care. It is my belief that if you are an ally for the trans community, it is imperative that you be open and vocal about it. Acceptance and inclusion comes from education."

"It is our goal to continue to show the world that we are all equal," continued Jackson. "But most importantly, we want those that are transgender to know that they have our love and support."

For more information on the Transgender Day of Remembrance visit this website.

UPDATE: The Westboro Baptist Church responded to the Equality Houses' initiative with the following statement: 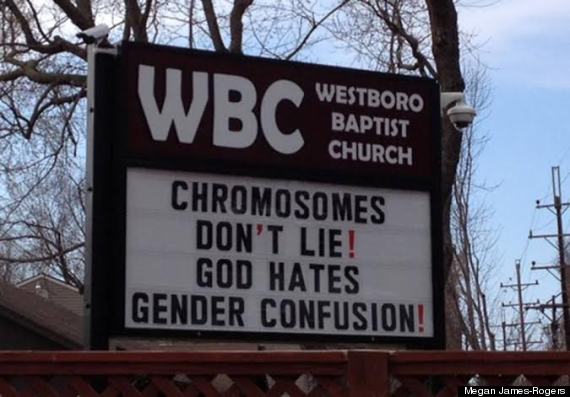