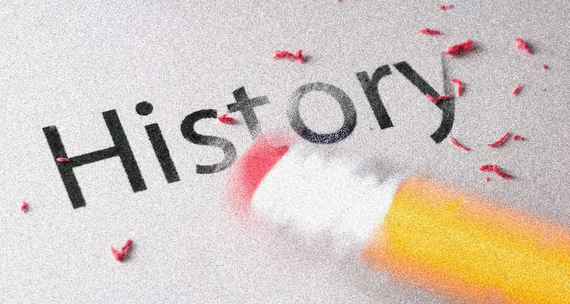 California's textbooks are once again an ideological battleground. Ground zero is the State Board of Education in Sacramento, where the nation's leading conservative Hindu groups are hell-bent on rewriting history. This embittered alliance, led by the Hindu American Foundation (HAF), and including the Hindu Education Foundation (HEF), Uberoi Foundation (UF) and Dharma Civilization Foundation (DCF), are conspiring to weave ideological agendas into the state's history and social science frameworks.

Multiple rationales are offered for these changes, but the most prominent is the deceptively heartrending HAF argument that no less than the "low-self-esteem and bullying of Hindu children" is at stake when caste and patriarchy in Hinduism is taught. At a quick glance, these appeals might seem compelling. But the answer to racism in schools is not to further discriminate by erasing history. Hindu revisionism ill-prepares all California children and is an insult to democracy. For as Kashmiri scholar Huma Dar writes; "history is not meant to soothe feelings, it is written so we might learn from its mistakes and very crucially: mistakes that are yet to be appropriately addressed."

This is where the South Asian Histories for All Coalition has entered the fray. We are an interfaith, multi-racial, inter-caste coalition of organizations and individuals from all over California. We formed in response to the HAF Alliance's attempt to erase the facts about the injustices of caste and religious intolerance over the South Asian region's long history from the educational frameworks being taught to students across the state. We also came together to support the California Board of Education public review process of its curriculum frameworks. Many of us were involved in the 2006 battle for these textbooks when HAF and its allies first attempted to change California's textbooks, and we bring that experience into this last stretch of the battle now.

Historically, the HAF alliance has attempted to appear to be an organization that is committed to pluralism, and one that is liberal on the issue of caste. However, a close reading of HAF's advocacy reports reflects a shocking level of bigotry for South Asian religious and cultural communities, especially Dalits, Adivasis, Bahujans and their religious autonomy. In a 2006 report, HAF went as far as calling Dalit representatives of the textbook campaign "Christian Missionaries" representing themselves as Dalits.

This characterization is, of course, wrong and outright offensive.

Dalits do not ever have to justify their religious affiliations and HAF cannot legitimately call itself a tolerant organization if it brands Christian members of our community who are advocating for fair representation in California textbooks as "missionaries." And even if any Dalit person is a Christian that should neither be a slur, nor an indication that he or she can no longer speak as a Dalit.


HAF's derogatory line of thought continues in its report Hinduism: Not Cast in Caste. Here, it once again reduces decades of Dalit advocacy at the UN to the work of "Christian Missionaries." The remainder of the report is meant less to be an indictment on the caste system and more an apology of Hinduism's involvement in it. While no serious Dalit rights or anti-caste group ever cites this report, it is used by the HAF to gain entry into interfaith and progressive spaces.

I have seen how HAF and its collaborators' philosophy has been reflected in its members' behavior. They have openly heckled California Board of Education representatives, Dalits, and other religious and marginalized communities who testified during the March meetings. Their demeanor was so bad that one of the writers of the History Social Science framework commented, "the behavior from some members of the public could legitimately be classified as disrespectful and even cruel."

As a Dalit American, I am outraged at HAF and its alliance's attempt to co-opt the language of bullying to put forward a sanitized Hindu origin story for the entire subcontinent. In fact many of the edits HAF and its collaborators are suggesting are outright unjust. They have proposed eliminating the mention of Caste, Untouchability, Dalits, and Patriarchy from the frameworks.

The erasure of these words erase the assertions of our communities and are not at all emblematic of an organization who would fight for civil rights. Teaching untouchability by only using the words "Untouchable" or "Harijan" without any mention of the term we have chosen as a community - Dalit -erases centuries of assertion, and continues a language of bigotry when referring to our communities. This is no different from asking to teach the history of genocide in the Americas and using "Indian" instead of Indigenous, or the history of slavery using the N-word.

What further muddies HAF's arguments is that they will use any tactic to achieve their goal, including the testimonies of their children. HAF's Executive Director, Suhag Shukla, in her recent piece: "30 Years Later, Cultural Stereotypes in CA Textbooks Still Hurt," attempts to portray its constituency as a mild-mannered Hindu minority sharing her hurt as a child who had to "bear the confusion and humiliation caused by a portrayal of Hinduism and India that was so stereotyped and essentialized, that it bore no relation to my lived experience." She suggests that rewriting California textbooks to depict Hindus and Indians in a different light will help to prevent this stereotyping. The stereotyping of any group of people is wrong, but rewriting history and censoring it selectively cannot be the way to get rid of stereotypes, as it negates the collective experiences of non-hindu religious and cultural communities throughout South Asian history.

There is little doubt that it can be difficult to be a young person of color in the US. I also went to school in the California school system and, I too was bullied by both American students and young Hindu Americans who would not acknowledge their caste privilige. However, it was because of teachers throughout my education that taught the realities of the caste system, that I had the first validation, outside of my family experience, of my Dalit identity. These teachers confirmed my family's experience that caste apartheid, in fact exists and continues today. To be validated was extremely meaningful, especially given the vicious denial of the Hindu-American community about caste's existence and the violence it perpetuates against Dalits, Adivasis and Bahujans. In fact, it is Suhag Shukla's caste privilege that allows her to experience her Indian identity as caste-less, not because caste has been eradicated - a reality California textbooks must address.

Having the struggle of Dalit peoples acknowledged was a reminder for me that students deserve access to a complex history, to learn compassion, resilience, and empathy. This worldview shapes their decisions and how they interact with others when they leave the classroom. And, as our world shrinks due to technology and innovation it is essential that young people are given the most balanced, truthful account of our history.

All communities have unsavory facts. But it is a disservice to children to sanitize history for the sake of feelings. By erasing caste and patriarchy and its severity we also erase the story of Dalits, Bahujans, and Adivasis peoples, as well as the women's movement in India. It is bigoted for the HAF alliance to refuse to acknowledge leaders from our groups who are representing our issues authentically, especially after decades of us having to hold our truth in the face of violence in India and here. It is also a vicious PR tactic to simply portray the opposition to their edits as "activist scholars" as it is again an intentional casteist erasure of the Dalit scholars, educators, and community members who are here in the State Board process to tell our truth.


Now, more than ever it is important to call out the appropriation tactics of conservative Hindus groups on progressive social movements. While conservative Hindu children might complain about low self-esteem because of the teaching of caste, Dalit Bahujan families are being murdered, raped, and discriminated against in the face of caste apartheid and religious intolerance in South Asia. For this violence to end we must end the culture of impunity that would silence history instead of unleashing it.

With our community's future at stake, we will not allow our history to be disappeared. We are winning because we are organized and have the power of the facts on our side. We ask then for all Californians to support the California Board of Education's democratic process and condemn the HAF Alliance attempt to erase the facts from our textbooks.