ISTANBUL -- On July 20, Turkey suffered one of the most bloody terror attacks in its history. Left-wing youngsters who had gathered to take humanitarian aid to the embattled Kurdish town of Kobani were suddenly blown to pieces. Thirty-two of them died; dozens were wounded. And the suicide bomber who hit them soon proved to be a Turkish recruit of the notorious ISIS.

In return, Ankara, finally, took a bolder stance against ISIS. Turkish warplanes began hitting ISIS targets inside Syria, and police began detaining suspected ISIS members all across Turkey. Moreover, the Turkish government also announced a closer cooperation with the U.S. government, including allowing the U.S. to use the key military base in Incirlik against ISIS. All this probably came as good news to Turkey's Western allies, who were diplomatically frustrated with what they saw as Ankara's live-and-let-live policy vis-à-vis the extreme jihadist threat on its southern borders.

However, there is still a gap between the approaches of the West and Turkey. For the West, the burning problem in the region is clear and simple: ISIS. For Turkey, it is ISIS and the PKK -- as well as the Bashar Assad regime too, which Ankara is still determined to topple. That is why Turkey's operations against ISIS were accompanied by operations against the PKK -- both with military strikes and police arrests. In fact, among the hundreds of people detained by the Turkish police since June 20, only some 200 people were blamed for ISIS links; most others were blamed for PKK links.

As the tough leader who gave the 'terrorists' what they deserve, Erdogan can garner more nationalist votes for his party.

Does this mean that Turkey is merely using the ISIS threat as a pretext to crackdown on the PKK, as some seem to suspect? Well, it is a bit more complicated than that, because the PKK is a real threat too -- not to the West, probably, but to Turkey. In fact, the ongoing anti-PKK crackdown began with the assassination of two Turkish policemen -- while they were sleeping in their apartment -- by PKK militants on July 22. The PKK claimed that the attack was "retaliation" for the ISIS suicide bombing two days before. Since then, as violence escalated, PKK militants killed ten Turkish security personnel in total and wounded many others.

One part of the problem is that the civil war in Syria is spilling into Turkey in a convoluted way. Most Kurds in Turkey, some of whom sympathize with the PKK, also support the PYD, the PKK's affiliate in northern Syria. They are also angry at Turkey's pro-Islamic AKP (Justice and Development Party) government, rightly or wrongly, for supporting not the Kurds but the jihadists on the other side of the border. Arguably, these jihadists include not ISIS but relatively more moderate ones such as Ahrar Al-Sham -- but such nuances are lost in Turkey's bitterly divided politics. Pro-PKK Kurds and also many left-wing Turks condemn the AKP for supporting ISIS, if not creating it. That is why the PKK's retaliation to the ISIS bombing in Suruc targeted the Turkish police, not ISIS.

On a more domestic level, the problem is that the "peace process" the AKP government commendably declared with the PKK in early 2013, after three decades of war, was stalled for quite a while. Naturally, both sides blame each other for the lack of progress, and both can point to supporting facts. But the particularly unhelpful stance of the PKK -- its continued armed presence in Turkey's southeast and its violent imposition of its own "law and order" -- should not go unnoticed. Notably, a prominent name in the Kurdish world, Massoud Barzani, the president of Iraq's Kurdistan Regional Government, recently criticized the PKK on this matter. Praising Turkey's "positive" role in attempting peace talks with the PKK, the Kurdish leader put the real blame on the PKK's "arrogance."

Barzani's uneasiness with the PKK and his friendship with Ankara indicate that Turkey is not attacking "the Kurds," as sometimes inaccurately reported in Western media these days. Turkey is targeting only the PKK. Notably, this target does not include PKK's Syrian affiliate, the anti-ISIS PYD, either, as recently underlined by a Turkish government spokesman.

Yet the Turkish government has its own responsibility in the collapse of the "peace process" with the PKK. The most important actor here, as almost anything with Turkish politics of late, is President Tayyip Erdogan, who in fact bravely initiated the dialogue with the PKK some two and a half years ago when he was prime minister. However, Erdogan recently distanced himself from the process and criticized his own party's government, led by Prime Minister Ahmet Davutoglu, when they accomplished the much-hailed "Dolmabahce Agreement" with the PKK's political arm, the People's Democracy Party (HDP) in February. Many in Turkey believe that Erdogan lately opted for a more hawkish stance vis-à-vis both the HDP and the PKK.

It is not hard to see why: The HDP has lately emerged as the biggest obstacle to Erdogan's latter-day dream: to draft a whole new constitution with an all-powerful "presidential system" tailored-made for himself. HDP's charismatic leader, Selahattin Demirtas, famously vowed to Erdogan in March 2015, "We will not make you the [all-powerful] president!" And he kept his promise in the general elections on June 7 by winning a major victory for his party and giving a major setback to the AKP.

Pro-PKK Kurds have lately emerged as the biggest obstacle to Erdogan's dream of drafting a new constitution with an all-powerful 'presidential system' tailor-made for him.

That is probably why Erdogan is now turning the public anger against the PKK into a political leverage against the HDP. He said on Tuesday that the party must "pay the price" for links to "terrorist groups" and that legal immunities of HDP executives must be lifted. It this really happens, some HDP deputies, including Demirtas himself, may go into jail. And Erdogan, as the tough leader who gave the "terrorists" what they deserve, can garner more nationalist votes for the AKP -- especially at a time when he is pushing for renewed elections in late fall, thinking he lost a battle on June 7 but not the war. It will also help demonize the pro-Kurdish HDP, which has proved to be the main obstacle to Erdogan's ambitions for more and more power.

In short, Turkey seems to be in deep trouble these days. The campaign against ISIS may provoke ISIS attacks inside Turkey, whereas the crumbling of the "peace process" with the PKK may re-ignite a war that has claimed 40,000 lives since 1984. In such stormy waters, Turkey can be steered forward only by a wise, prudent, principled leadership -- the lack of which makes everything more worrying. 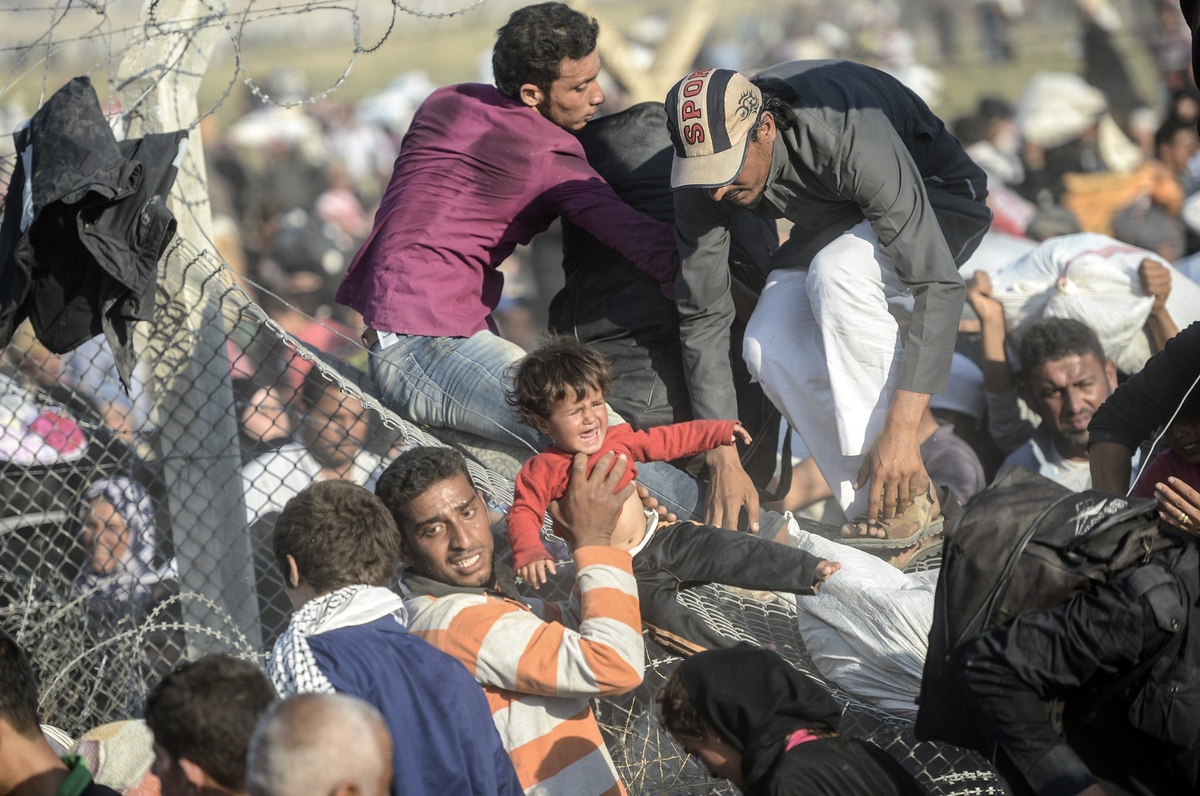