The bell of the HMS Erebus, the recently re-discovered flagship of the doomed Franklin Expedition, has been brought to the surface, Parks Canada announced.

Footage released by the agency last week shows the bell lying on the upper deck of the ship near where it would have been hanging when the expedition set sail in 1845.

The deck itself is difficult to see in the footage since it's covered with marine life. But the bell, made of brass, was lying on top of it, completely exposed.

The bell contains the "broad arrow," which signifies that it was property of the British government, and the date 1845. That's when the ship was outfitted for the expedition. The bell is being scanned for evidence of other marks or writing.

“The bell of HMS Erebus provides a tangible and compelling connection to the Franklin ships and is an important part of naval and Canadian history," Leona Aglukkaq, minister of the environment, was quoted as saying in a Parks Canada press release. "The recovery of this important artifact is the crowning achievement for an incredibly successful 2014 search campaign that has captivated Canadians and the entire world.”

Parks Canada said the bell is "a symbolic embodiment of the ship itself" and would be struck every half hour, day and night, to mark the passage of time and signal the changing of the crew's watches.

The Erebus and its sister ship, the HMS Terror, left Britain on May 19, 1845, in search of the Northwest Passage. They were last seen in August of that year entering Baffin Bay, but became locked in the ice. The crew abandoned the ships, and all 129 were killed before they could reach safety.

Although several expeditions attempted to find the location of the lost ships, all failed until September of this year when the Erebus was discovered near King William Island.

After Parks Canada posted the first underwater footage from the wreck, taken by a camera mounted to a remotely operated vehicle, underwater archaeologists made seven dives to the ship over two days. The bell was spotted on the very first dive. While divers were not intending to bring anything back from the wreck, that changed when they found the bell.

"The objective was not to recover artifacts, but in this case here, because of the iconic symbol that a bell has … it was decided that this object should be recovered," Marc-Andre Bernier, chief of Parks Canada's underwater archeology service, told the CBC.

The bell was brought to the surface on the final dive and is undergoing conservation treatment at the Parks Canada archaeological conservation laboratory in Ottawa. The agency estimates that it'll take 18 months to complete the work.

The Parks Canada website has a gallery with more images of the bell as well as photos from the first dive. 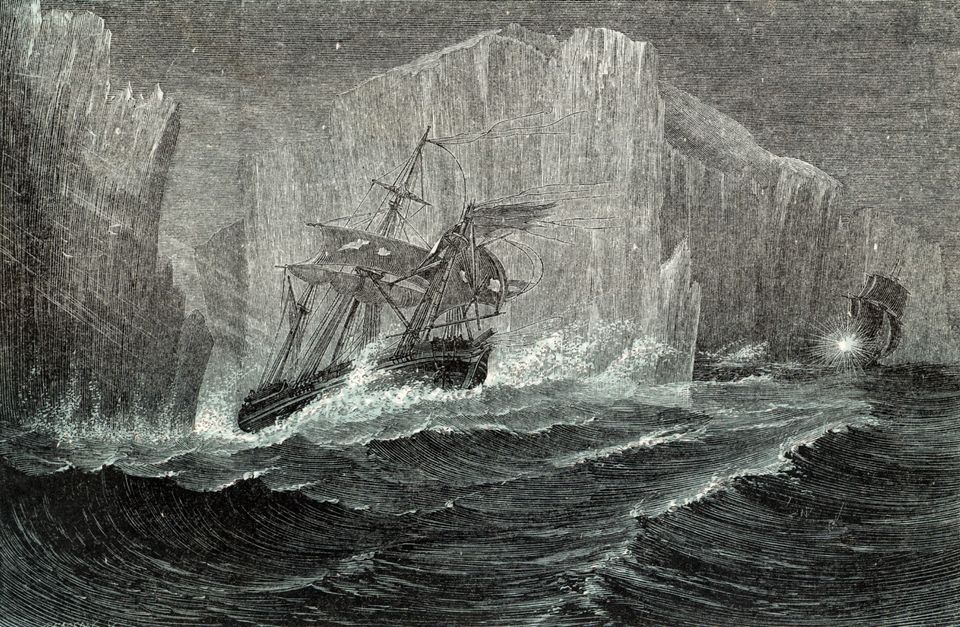 1 / 8
The Erebus and 'Terror' Among the Icebergs
The 'Erebus' and the 'Terror' Among Icebergs. Sir John Franklin (1786-1847) British naval officer and Arctic explorer commanded the 1845 expedition of the ships 'Erebus' and 'Terror' to search for the North West Passage. All members of the expedition perished. Chromoxylograph from The Polar World by G Hartwig (London, 1874).
Universal History Archive/Getty Images