Relax into summer with the latest release from Eric Anders, a compellation CD called Big World Abide-not only the title of the track featured above, but also the perfect phrase to encompass four LP's-worth of music coalescing into Ander's latest cool creation.

Bringing back a sound singer-songwriters have mostly been missing since the 90's, when acts like Duncan Sheik and Dave Matthews Band ruled the airwaves, Big World is instantly tranquilizing. With a voice that has been called a combination of, "James Taylor's grounded poignancy with Jeff Buckley's complex ethereality," Anders' songs are sure to help you unwind. (It's worth purchasing the CD just to drift off to bed a little easier every night. Trust me. Just do it.) 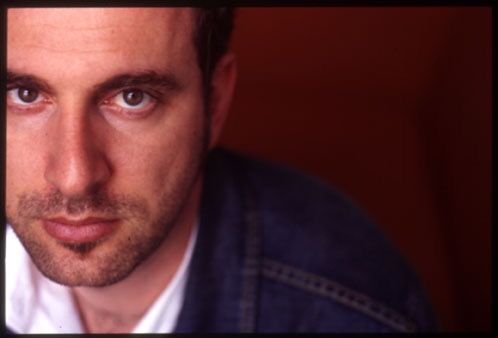 Anders considers himself a late bloomer in terms of recording his music, sighting the feeling of time passing too quickly for the reason he released his four solo LPs in just a matter of four years, from 2003 to 2006. Big World features tracks from all four albums.

Eric is most proud of his third full-length release, Tethered to the Ground. To record the album's cover of the Violent Femmes' song "Blister in the Sun," featured below, Anders presented the cover to the Femmes' frontman, Gordon Gano. The very different version won Gano's approval and he allowed Anders to release the cover with its altered lyrics. Music critic Mark Wilson called the cover "astounding," adding, "With some approved lyric tweaking, Anders' slowed-down, ethereal take turns the song from an '80s party anthem to a tale of romantic exhaustion and resignation."