MILFORD, Pa. (AP) — A man who eluded police for 48 days after allegedly shooting to death a state trooper and wounding another is due in court for a preliminary hearing which could decide whether his case goes to county court for trial.

A Pennsylvania district judge must decide Monday whether there are sufficient grounds to send the case against Eric Frein, 31, to county court.

Frein has been charged with shooting Cpl. Bryon Dickson and Trooper Alex Douglass Sept. 12 outside their state police station in northeastern Pennsylvania. He was captured Oct. 30 at an abandoned airplane hangar in the Pocono Mountains.

Authorities say Frein confessed to what he described as an assassination designed to "wake people up" and result in a change in government. Dickson was killed and Douglass was wounded.

Prosecutors are seeking the death penalty.

Frein was identified as a suspect shortly after the shootings when a passer-by found his vehicle partially submerged in a small pond near the state police station.

The manhunt, with drew a large police force to the rural area, frightened residents as there were numerous reported sightings of Frein, an expert marksman. A team of federal marshals performing a systematic search stumbled across him about 30 miles from the scene of the shooting and were able to arrest him.

Frein was shackled with Dickson's handcuffs and driven to the police station in Dickson's squad car.

The hearing will be held in the Pike County Courthouse in Milford. 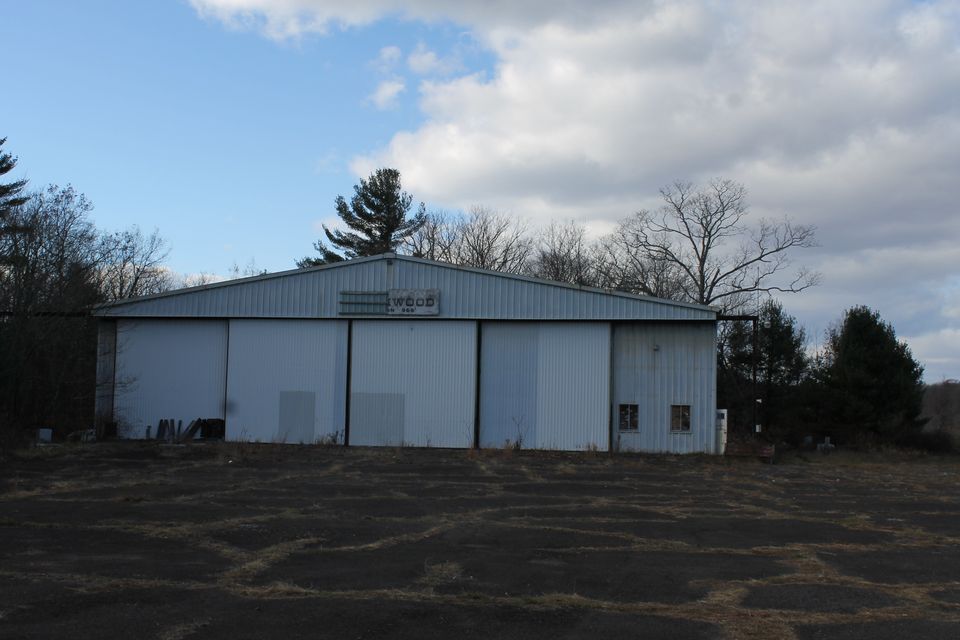 1 / 64
Eric Frein Capture : Birchwood Resort-Airport
The airport hangar Eric Frein had been hiding out in during the manhunt in the Poconos.
David Lohr