By Susan Heavey and David Ingram

WASHINGTON, May 30 (Reuters) - U.S. Attorney General Eric Holder told media editors on Thursday that he would change the way the Justice Department handles investigations that involve reporters and not repeat searches that have raised concerns about freedom of the press, the editors said.

After a meeting that other media outlets boycotted because of its secrecy, the editors who did attend said they were encouraged by officials' expressions of regret, though one said the Justice Department still has a long way to go to understand how journalists work.

"There was a commitment to change the department's guidelines for handling cases such as these and a renewed commitment to support a federal shield law for journalists," said Gerald Seib, Washington bureau chief of The Wall Street Journal.

Despite the meeting's status as "off the record," meaning its contents could not be recorded or reported, three of the five journalists who attended spoke afterward to reporters outside the Justice Department's headquarters.

The talks followed a decision by President Barack Obama's administration to search the email and phone records of Fox News, and the phone records of the Associated Press, as part of investigations into leaks of secret government information.

The seizure of records without advance notice, and an FBI agent's description of Fox News reporter James Rosen as a potential criminal co-conspirator under an espionage law, led to an outcry from journalists and advocates of free speech and prompted new calls for a federal law protecting reporters' work.

That led to a debate in Washington over how the government is balancing the need for national security with privacy rights.

Along with a separate furor over the Internal Revenue Service's targeting of conservative political groups for extra scrutiny, it has stoked fears of excessive government intrusion under Obama.

At Obama's direction, Holder is taking 45 days to review the Justice Department's investigative rules. Many date from before email was in common use and the review is to include meetings with journalists, lawyers and law enforcement officials.

"There were plenty of indications they are unhappy and regretful that it's gotten to this point," Seib said.

James Warren, Washington bureau chief of the New York Daily News, said Holder and his staff seem bound for "an anthropological foray, to find out a little bit more than they seemed to understand about the way we all operate on a daily basis." He called the meeting "an opening gambit."

With Holder were Deputy Attorney General James Cole, who authorized the seizure of the Associated Press phone records, and seven staff members, according to a department list.

Several news organizations, including Reuters, CNN, The New York Times and the Associated Press, rejected offers to meet Holder on the "off-the-record" terms.

"We would welcome the opportunity to hear the attorney general's explanation for the Department of Justice's handling of subpoenas to journalists, and his thoughts about improving the protections afforded to media organizations in responding to government investigations, but believe firmly that his comments should be for publication," said Reuters spokeswoman Barb Burg.

Baron said the meeting was a constructive opportunity to share views at the highest levels of the Justice Department.

Representatives of other media companies have been invited to more meetings with Holder on Friday.

NPR executive Kinsey Wilson said a senior news executive and in-house lawyer will go instead of an editor "because we did not feel it was appropriate for our journalists to hold off-the-record discussions with the attorney general on a subject in which we have a direct interest."

Television networks Fox News, CNN, CBS and NBC, as well as online news group The Huffington Post, said they would not attend.

At least two recent leak investigations involved the seizure of media records: one prompted by a Rosen Fox News story that described the thinking of U.S. intelligence officials about North Korea, and one about Associated Press stories that the government said compromised a covert agent helping U.S. forces against al Qaeda in Yemen. 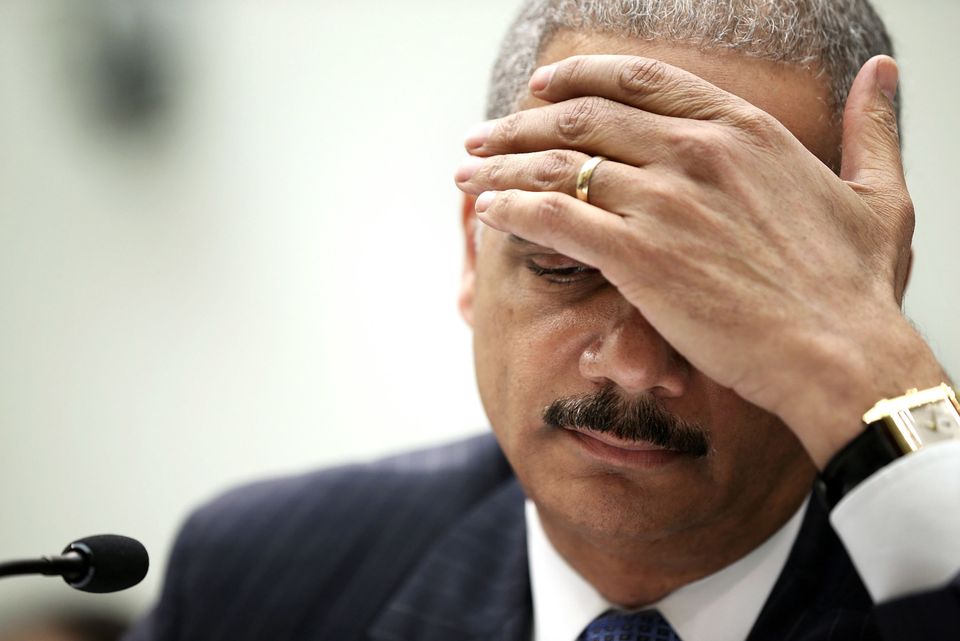