He had to wait nearly 170 days for the occasion. But on Monday, Attorney General Eric Holder will officially be replaced by Loretta Lynch, whose nomination finally made its way through the Senate this week.

To mark the occasion, Holder’s first press secretary in the AG’s office, Matthew Miller, took to Twitter to recount some of the most memorable times during his tenure.

There was the emotional first day on the job, the time both Holder and President Obama decided to stop defending the Defense of Marriage Act, the decision to push for Khalid Sheikh Mohammed to be tried in a civilian court, the night the news broke that Osama bin Laden had been killed, the unsuccessful push for gun control after Newtown.

And, of course, this:

4. On a foreign trip, watching his face as a minister reached his arm into a roast lamb, pulled out the heart, and handed it over as a gift.

Wait, what? Someone plucked the heart out of a roasted lamb and presented it to the Attorney General of the United States?

Yes. This really happened. Miller told The Huffington Post it took place on an April 2010 trip to Algeria, during which Holder signed a Mutual Legal Assistance Treaty.

It was a “big banquet dinner with him as the guest of honor,” Miller said. “The interior minister punches his arm right through the side of a whole roast lamb, pulls out the heart, puts it on a plate, and makes a big show of handing it over.”

“Holder is about the least adventurous eater I've ever met, and he looked like he was going to die,” Miller continued. “So he did what any kid does, and set it down. Pushed it around with a fork. Never did eat it, even though you're really supposed to.”

Refusing to eat a ceremonial roasted lamb’s heart: just another case of the Obama administration diminishing America’s standing in the world community.

Oh, and in case you're wondering, here's what a bowl of lamb hearts looks like: 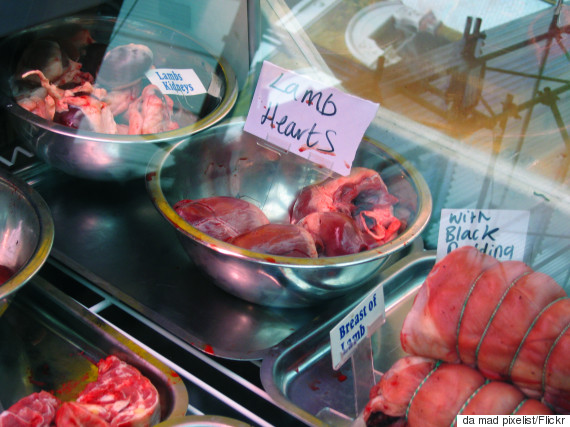