One of the greatest joys of living in Santa Monica is the Sunday morning Farmers Market. Not only is there a vast supply of great food and organic produce but there are always wildly talented musicians playing.

A few years ago I watched Jacqueline Fuentes play there, bought her amazing CD, and then licensed her music for my Mindfulness Meditations for Anxiety DVD.

Last Sunday Eric Kufs performed and his masterful mix of crooning and funky finger picking was a delight for all.

When the market closed I spoke with Eric who told me that he moved out to Los Angeles from New York with his high school folk band called Common Rotation. They had some success touring and recording with They Might Be Giants and the Indigo Girls and then became Dan Bern's backing band and regular support act.

Eric decided to go solo and told me, "I was able to make use of my early soul and R&B influences - all of that Motown and Van Morrison that my father used to play on vinyl when I was a kid. I began testing the limits of my voice and incorporating a lot of alternative styles that I picked up from performers like Martin Sexton and of course Ani DiFranco." 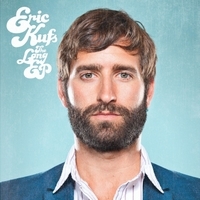 Personally I loved the songs "Foreign Tattoo" and "Same War" off his solo CD. Eric said, "I've been working towards and living the dream of music since I was a kid and I am entirely grateful to be singing and writing for a living."