Like millions of people, Eric Stonestreet knows firsthand the devastating impact of cancer. His mother is a two-time cancer survivor. He lost both of his grandfathers to cancer. His uncle had a very aggressive form of leukemia and his grandmother battled cancer three times. "When it comes to cancer, I'm not any different than anybody else," says the two-time Emmy winning actor and star of the hit TV comedy Modern Family.

Stonestreet jumped at the chance to team up with Bristol-Myers Squibb to launch their Ready. Raise. Rise. campaign this past May. The initiative is aimed to raise awareness about Immuno-Oncology -- a rapidly evolving area of research that seeks to harness the body's immune system to help fight cancer.

As part of the campaign, Stonestreet encouraged people to go to ReadyRaiseRise.com and create a personalized virtual flag on behalf of a loved one touched by cancer. Flags are displayed on ReadyRaiseRise.com and can be shared on Facebook and Twitter. When creating a flag, participants also select a cancer advocacy organization to recognize. The three groups with the most flags raised on their behalf Chris4Life Colon Cancer Foundation, Cancer SupportCommunity and CancerCare each received a charitable donation from Bristol-Myers Squibb--$75,000, $50,000 and $25,000, respectively.

Stonestreet talked to Parade.com about why the initiative is so important to him. He also shared details about the new season on Modern Family and what first attracted him to the series. Click to this Parade.com story to read the entire interview. 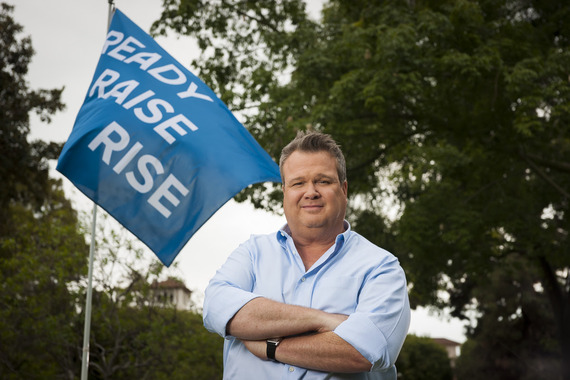