Eric Trump is really mad at the Washington Post ― and all it did was publish a factually accurate story.

On Tuesday, the paper reported that President Donald Trump’s company owed $36,200 in delinquent property taxes on a golf course in California.

The Trump family did finally pay the taxes on Monday after the paper reached out for comment before publishing the story.

Still, the president’s son was miffed that the newspaper shared the information on the delinquent taxes with the public. So, he took a tip from his dad and posted an angry tweet accusing the paper of lacking journalistic integrity.

The @WashingtonPost is a disgraceful paper that has zero regard for journalistic integrity. They are everything that is wrong with the media in this country. #DemocracyDoesDieinDarkness

It should be noted that gathering facts freely available on a county government website and giving the Trumps a chance to respond is the epitome of journalistic integrity.

However, the younger Trump continues to echo his father’s condemnation of “fake news,” much of which focuses on anything that makes them look bad.

And that was a fact that many Twitter users were happy to point out to the president’s son.

So I'm guessing the reporting is accurate. Easiest way to understand this family of vipers is to take whatever they say and flip it. They lie 24/7 and everyone (even their awful supporters) know it.

Pay your taxes on time or STFU. They wrote a true story. Why do you Trumps have so much trouble with the truth? OH yeah....it ALWAYS makes you look like the dumasses you are!

Wait, are you just mad because they called you out on unpaid taxes on your LA golf course? Boo-hoo for you. Thank you, @Fahrenthold

LOL.They are a Pulitzer Prize winning publication. You are a self entitled worthless human being who does nothing to make the world a better place who's only purpose now is waiting for the SDNY to throw you in prison with the rest of your crime family. But thanks for the chuckle

Ok...so, apart from running that fake university AND that fake charitable foundation, where exactly did you learn what integrity was and was not...?
While you were laundering money through golf clubs? 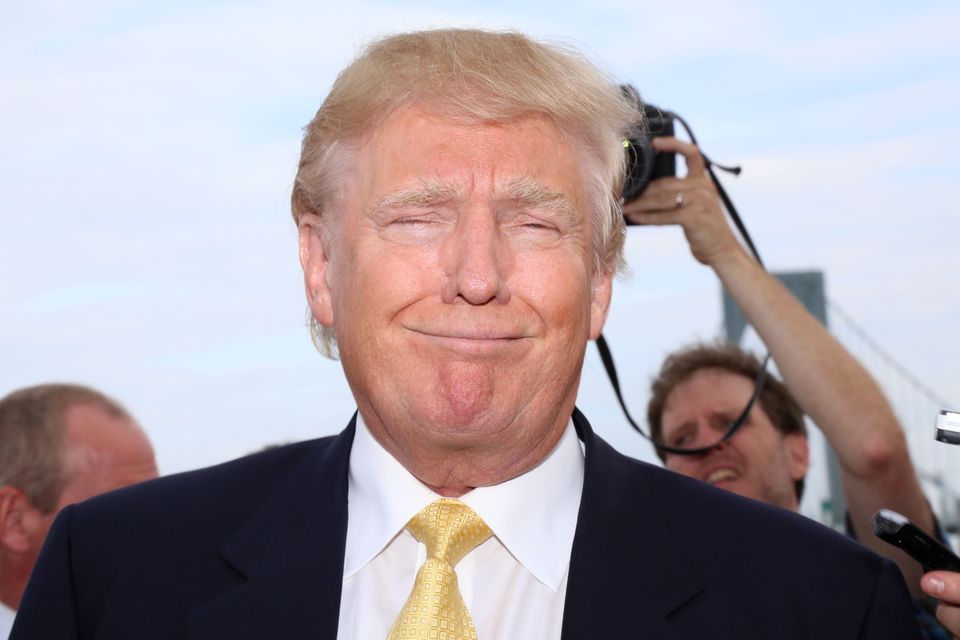