Erica Garner organized and led a protest in Staten Island on Thursday in memory of her father Eric Garner, a 43-year-old black man who died in July after he was placed in a prohibited chokehold by a white police officer.

Erica, 24, was joined by a group of protesters who marched through the city and collectively staged a die-in at the site where her father was slain.

Upon their arrival, Garner lay on the ground in the exact spot where he father died. It was a moment that was captured in these powerful photos: 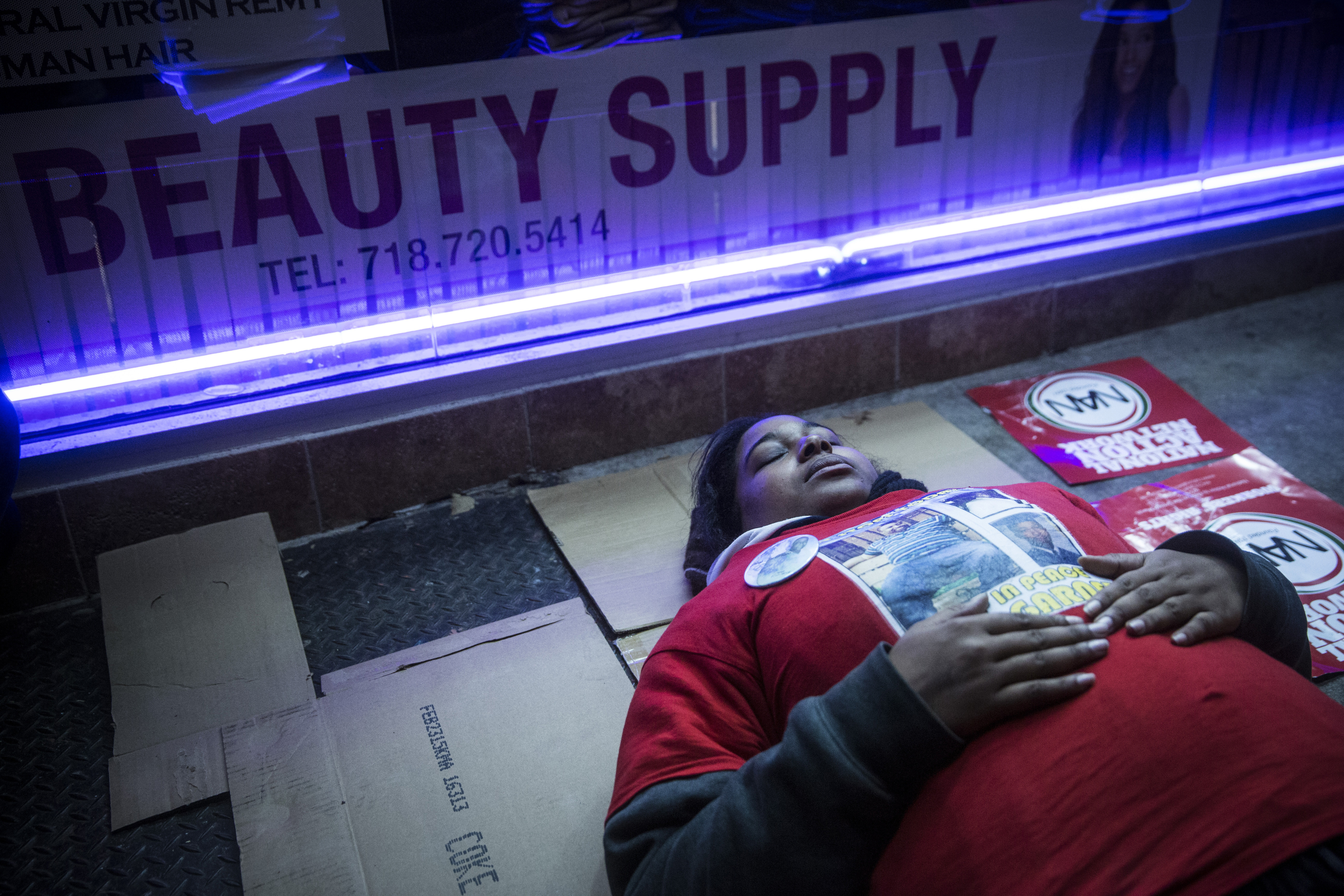 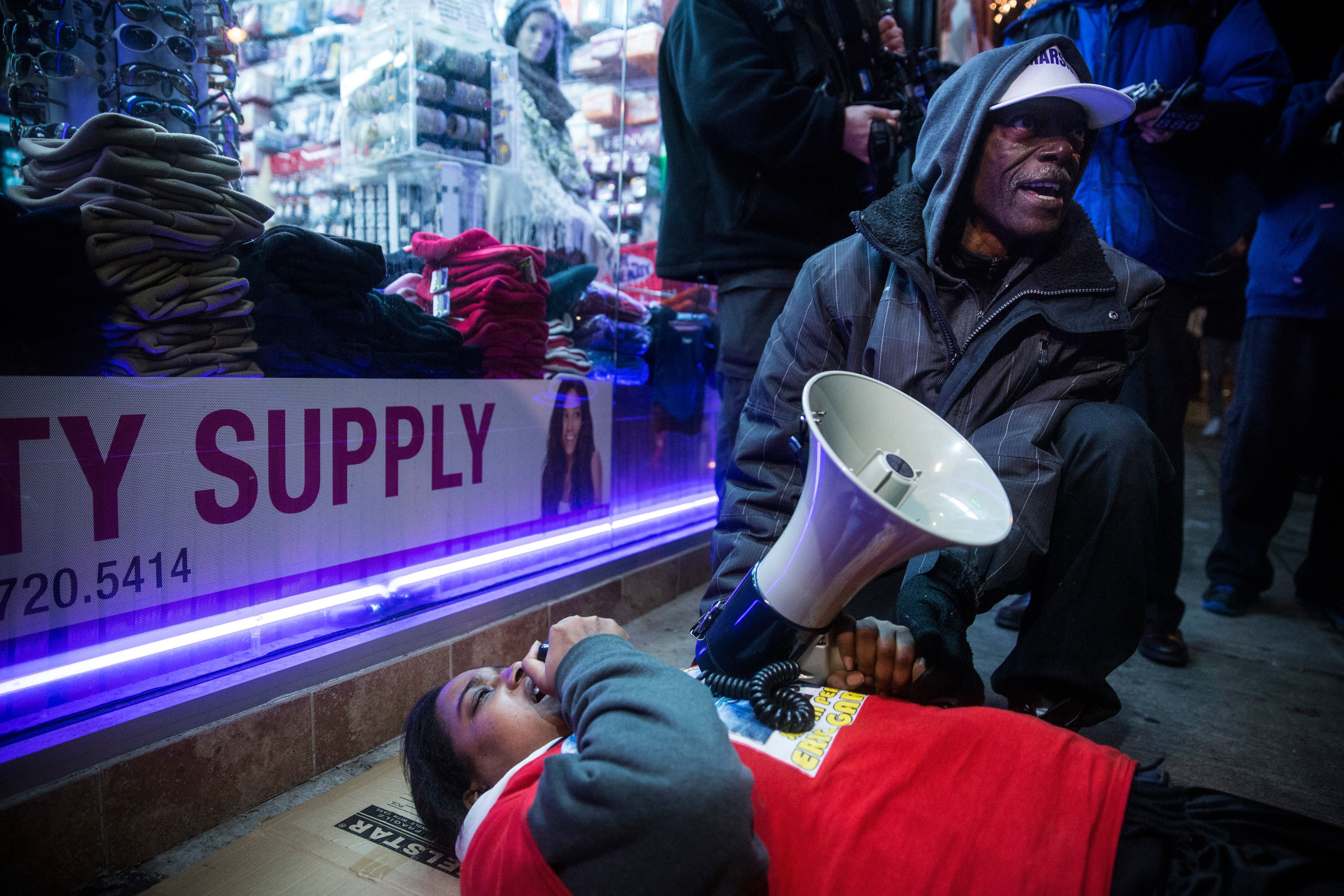 Garner’s family has spoken out since a grand jury declined to indict NYPD officer Daniel Pantaleo, who said he “felt very bad” about Garner’s death and sent his condolences.

However, Garner’s widow, Esaw, rejected his offer in statements she made shortly after Pantaleo issued his statement.

“Hell no! The time for remorse would have been when my husband was yelling to breathe," Esaw said during a live press conference at the headquarters of the National Action Network on Dec. 3.

"No, I don't accept his apology. No, I could care less about his condolences," she continued. "He's still working. He's still getting a paycheck. He's still feeding his kids, when my husband is six feet under and I'm looking for a way to feed my kids now."

Protests have occurred in major cities nationwide since the grand jury’s indictment eight days ago and more are planned for the coming days.

Garner’s family, along with families of other victims of police killings, will join Rev. Al Sharpton in leading a march in Washington on Saturday to speak out against racial profiling and police brutality.

“Do not be silent. Do not be complacent. Do not continue to live with police misconduct and violence as somehow acceptable,” Sharpton wrote on The Huffington Post.

“Those who came before us sacrificed so that we may have a more just future. Now we must do the same for the generations that will come after us.”