What lies behind us and what lies before us are small matters compared to what lies within us. ~ Ralph Waldo Emerson 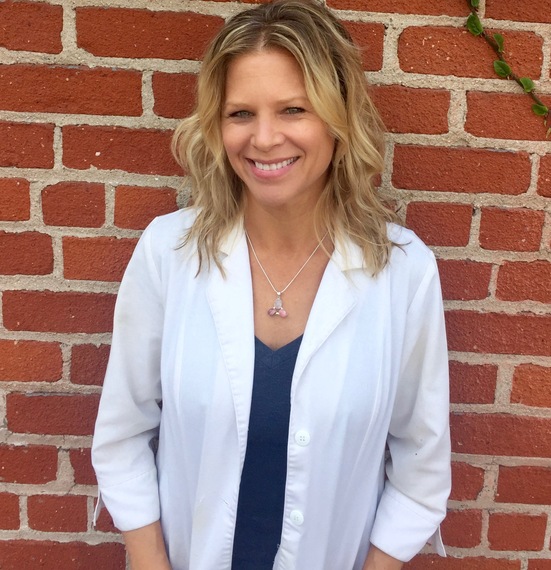 Erica Reid attended one of my workshops wherein I mentioned a long scar on my leg as a result of having a Zickel Nail Apparatus inserted into my femur and then removed 18 months later in 1985-86.
"Have you tried Myofascial work to alleviate the discomfort in the scar?" she asked me afterwards.
We scheduled an appointment and a few days later I went to her office for "Myofascial Release" (something I had never heard of previously).

This is how Erica explained it to me, "Myofascial Release is a safe, effective hands-on technique that involves applying gentle sustained pressure into the Myofascial connective tissue restrictions to eliminate pain and restore motion."

At the end of my initial appointment Erica told me, "I always look at posture first: I had you stand so I could see what your alignment looks like and how your body naturally wants to pull itself off center and into twists and turns.  Many times people don't even realize they are asymmetrical  due to the tissue pulling them into abnormal postures.  I also assess the body alignment on the table, without the force of gravity. Then the second stage is feeling: I use my hands to feel for tissue and skin that are either hot, hard, or tender - this is where the fascial system is stuck and/or pulling.  These are the areas we start releasing and then the body leads you to connect the dots. Very often, the cause is somewhere else in the body from the symptoms. This is why this modality of treatment is so powerful and effective - because we find the root cause of pain so it's not just temporary relief. In particular I noted your anterior shifted pelvis, tight feet, rotation in thoracic spine. Then I felt restrictions and tightness in both of your psoas muscles. Your initial complaint was the scar tissue, but there was really much more fundamental issues regarding how you have been walking and moving - compensating - for the last thirty years."

Erica spoke about the "straightjacket"-like pressure of the Myofascial system and how her work safely and gently releases the entire Myofascial complex for lasting, comprehensive and authentic healing. She said, "I look at each patient as a unique individual and use a multitude of techniques and movement therapy to promote independence through education in proper body mechanics."

After ten sessions I can honestly say that I am glad that I tried Myofascial Release - I can feel my body moving differently when I walk, run, ride my bike or practice yoga and there is much less discomfort in my legs.

For more information you can visit Erica Reid at www.head2soul.net