ROME, July 29 (Reuters) - Dozens of demonstrators, including members of Rome's Jewish community, protested outside the apartment building where the former SS officer responsible for one of Italy's worst wartime massacres celebrated his 100th birthday on Monday.

Erich Priebke, a former SS captain, lives under house arrest in the Italian capital after being sentenced to life imprisonment in 1998 for the massacre in the Ardeatine Caves near Rome where 335 civilians were killed in March 1944.

There were brief scuffles as a man identified as Priebke's grandson arrived with a bottle of champagne and demonstrators jostled him with cries of "Shame!" and "Disgrace!".

"It's a provocation! Arriving with a bottle of champagne!" one demonstrator shouted.

Almost 70 years since the end of World War Two, Italy's wartime past is still deeply divisive in a country which came close to civil war when the fascist dictatorship of Benito Mussolini collapsed in 1943.

Tensions around the birthday of Priebke, who has never expressed remorse for his actions, were heightened by reports of posters put up nearby hailing the former Nazi officer.

In March 1944, Priebke was in charge of SS troops who executed the 335 people in retaliation for the killing of 33 German soldiers by a partisan group near Rome.

After the war he escaped to Argentina but was deported to Italy after he was interviewed on U.S. television and admitted his role in the massacre which he said was conducted against "terrorists". (Reporting by James Mackenzie; Editing by Robin Pomeroy) 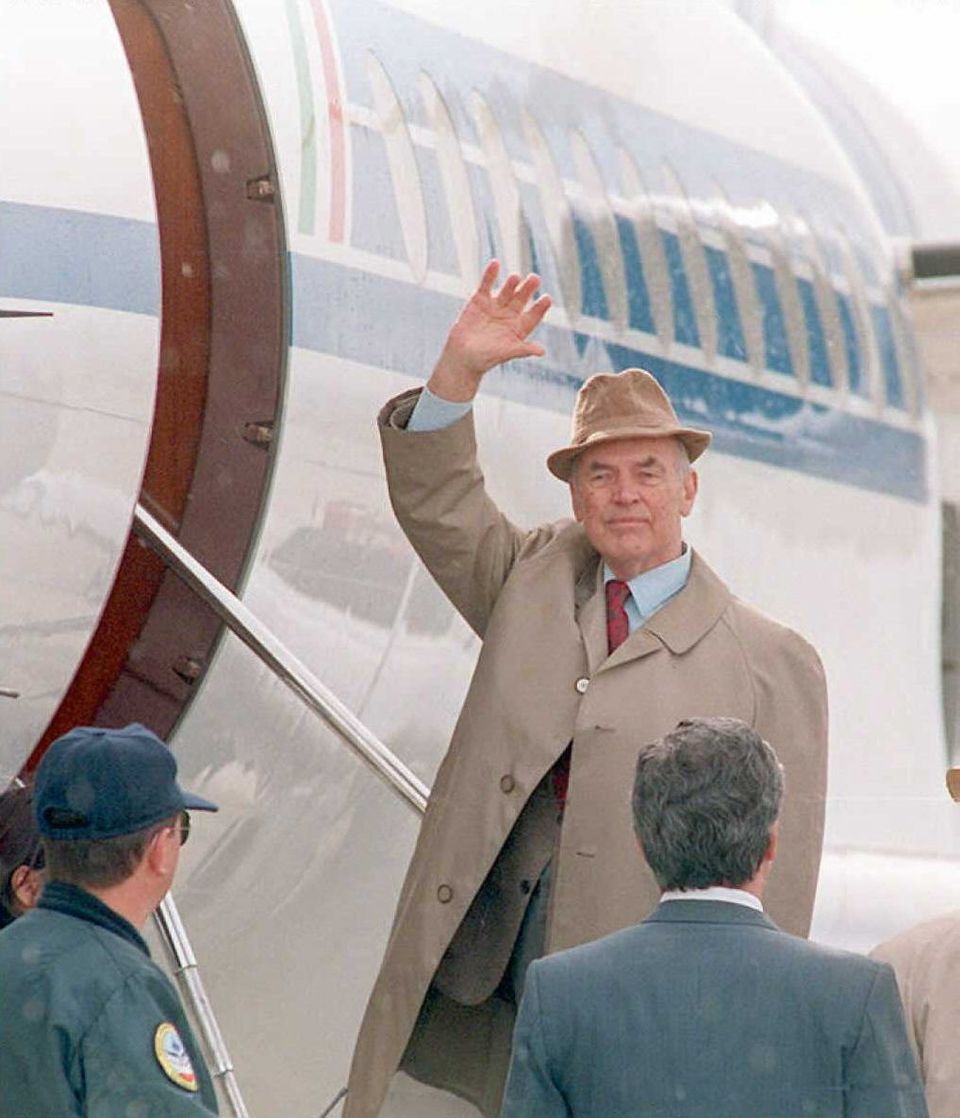 1 / 3
Former Nazi SS captain Erich Priebke waves goodbye as he enters an airplane at the Bariloche Airport,Argentina,bound for Italy 20 November where he is faces trial for his role in the 22 March 1944 massacre of 335 civilians. (DANIEL LUNA/AFP/Getty Images)
Getty Images