To visualize its ubiquity, artist Erik Kessels printed out every Flickr photo uploaded over a 24-hour period, reports Mashable.

With mountains of images filling rooms, he then dumped the piles in the What's Next exhibit at The Future of the Photography Museum at Foam in Amsterdam, Tecca notes.

"This glut is in large part the result of image-sharing sites like Flickr, networking sites like Facebook, and picture-based search engines...By printing all the images uploaded in a 24-hour period, I visualise the feeling of drowning in representations of other peoples' experiences." 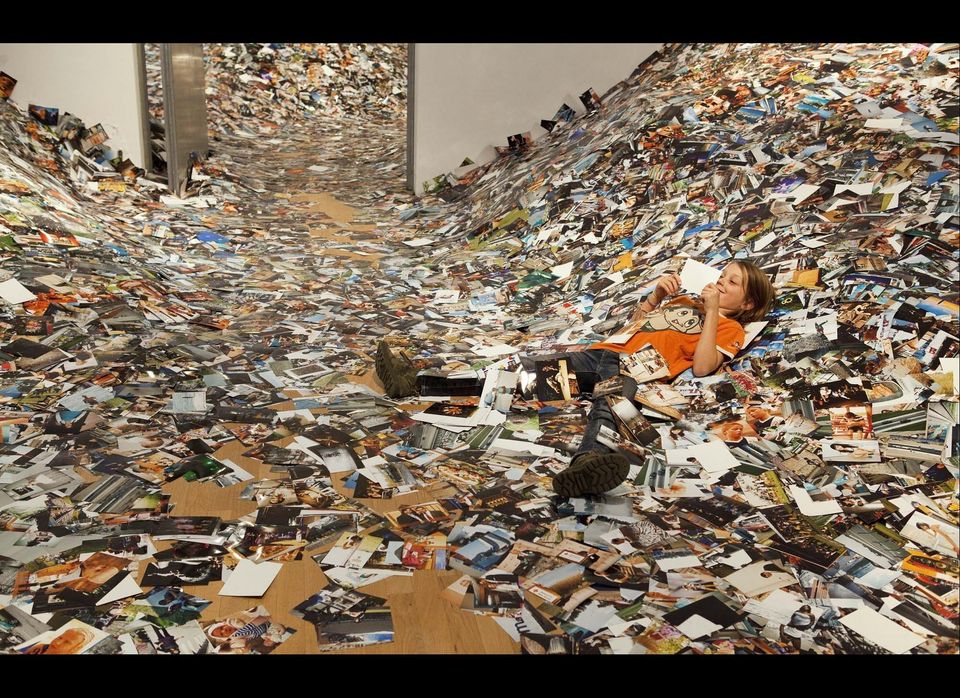