When veteran Illinois U.S. Rep. Tim Johnson dropped his re-election bid earlier this month, a slew of area politicians and businessmen threw their hats into the ring -- hoping to avoid giving the seat to Democrats in 2012.

Erika Harold, 32, won Miss America in 2003, and now works as a lawyer in Chicago, the State Journal-Register reports. The Harvard Law School graduate grew up in Urbana, Ill., however, which is in Johnson's 13th District.

Harold, a Republican, told the News-Gazette that she is currently "exploring the possibility" of a House bid.

"I have spoken with some county chairmen," she told the paper. "This is not a decision that I take lightly. I would consider it an incredible honor and privilege to represent the area in which I grew up. I will be assessing in my own heart whether I felt that I was the best person to represent the 13th District. If I did I would likely put my name forth."

If Harold does decide to run, she will have some company. The News-Democrat in southwestern Illinois gave a rundown of the other locals looking to replace Johnson in Washington:

Harold won the Miss America crown on a platform of preventing youth violence and bullying, and told SJ-R she was "pro-life and pro-Second Amendment."

“I’m a Republican because I believe that the Republican principles of fiscal conservatism and free-market economics creates the greatest amount of good for the greatest number of people,” she told the paper.

Johnson was first elected to Congress in 2000 after serving in the state General Assembly since 1976, the Associated Press reports. Before that he was a member of the Urbana City Council.

Among the positions Johnson has sometimes taken against his party colleagues are his call last year for an end to the wars in Iraq and Afghanistan. He endorsed Ron Paul in the presidential race.

Check out some photos of Harold's Miss America days here: 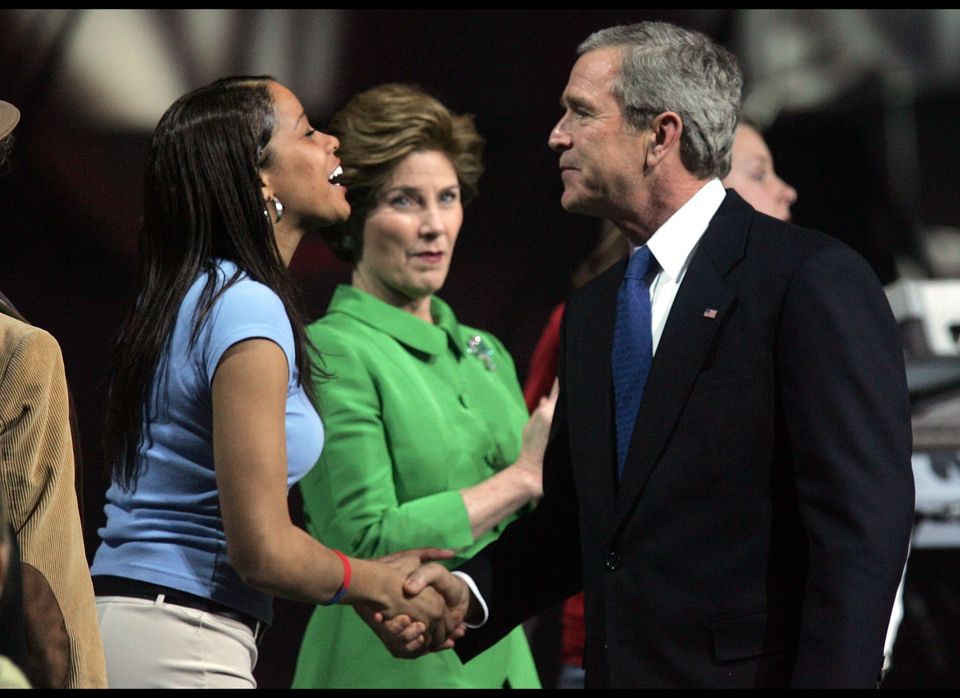 1 / 9
Youth Concert Celebrates Bush Inaugural
WASHINGTON - JANUARY 18: US President George W. Bush (R) greets 2003 Miss America Erika Harold (L) as his Wife Laura Bush (C) looks on at the 'Youth Concert' hosted by Jenna and Barbara Bush at the DC Armory, January 18, 2005 in Washington DC. The concert is one if the first events kicking off inauguration week with President Bush being sworn in on January 20th to serve his second term as US president. (Photo by Justin Sullivan/Getty Images)
Getty