Environmental activist Erin Brockovich recently held a roundtable discussion at The Huffington Post's offices to address water contamination challenges, the upcoming documentary "Last Call At The Oasis," and her newest endeavor to combat health concerns around the world.

"Last Call At The Oasis" focuses on the growing global water crisis, from the drying up of Lake Mead to the fight to keep herbicides from tainting drinking water. The film highlights Brockovich's newest project, mapping disease clusters around the world in partnership with Google.

She began to plot the communities on a map, and Brockovich now believes, "The map is going to be one of my life projects."

Another focus of Brockovich's is military communities. The situation hits close to home -- her youngest daughter is a military police officer and her son recently returned from Afghanistan.

Groundwater contamination at the Marine Corps' Camp Lejeune is of notable concern. Studies are currently examining links between past chemical exposure at the Lejeune and possible increased levels of diseases among former residents.

Brockovich told HuffPost, "You are looking at soldiers who would give their lives so we are afforded this opportunity to be here today. They come home from three, four tours of duty, and they get poisoned on their own soil. If we stand down on them, if we don't rally to look at this, it will be the biggest black eye on America I've ever known."

Despite the many challenges facing the safety of the world's water supply, Brockovich also offered suggestions for improvements, such as examining increased regulations, private sector help with site cleanup, and improved company relations.

She said, "Corporations in communities need to be better neighbors. Communities have indicated they'd like support for an advisory board. See, communities want jobs. They don't want a company to go away. They work for those companies. That's how they feed their families, send their kids to college. But they don't want to be poisoned either."

Brockovich places hope in the upcoming film. "I'm very happy about 'Last Call At The Oasis.' I hope it's a wake up call ... we caused the problem, but we can be the solution."

Produced by the company responsible for "An Inconvenient Truth" and "Food, Inc.," the Jessica Yu film features Brockovich, Peter Gleick and Robert Glennon.

As the climate changes and world population soars, the global water crisis is expected to intensify. The film's social action site provides water conservation tips, including the advice below:

Support Trevor's Law, which would give assistance to communities facing "disease clusters" caused by contaminated water. Sign the petition today.

Say ‘No’ to bottled water. It takes three times the water you’re drinking just to create the bottle. Plus, you’ll save money.

Change your garden practices. More plants die from overwatering than underwatering. If you live in a dry community, try native plants instead of water-guzzling grass.

Eat less meat, especially beef. It takes 1,800 gallons of water to produce one pound of beef, more than three times that of chicken or pork.

View photos from the HuffPost roundtable discussion with Erin Brockovich below: 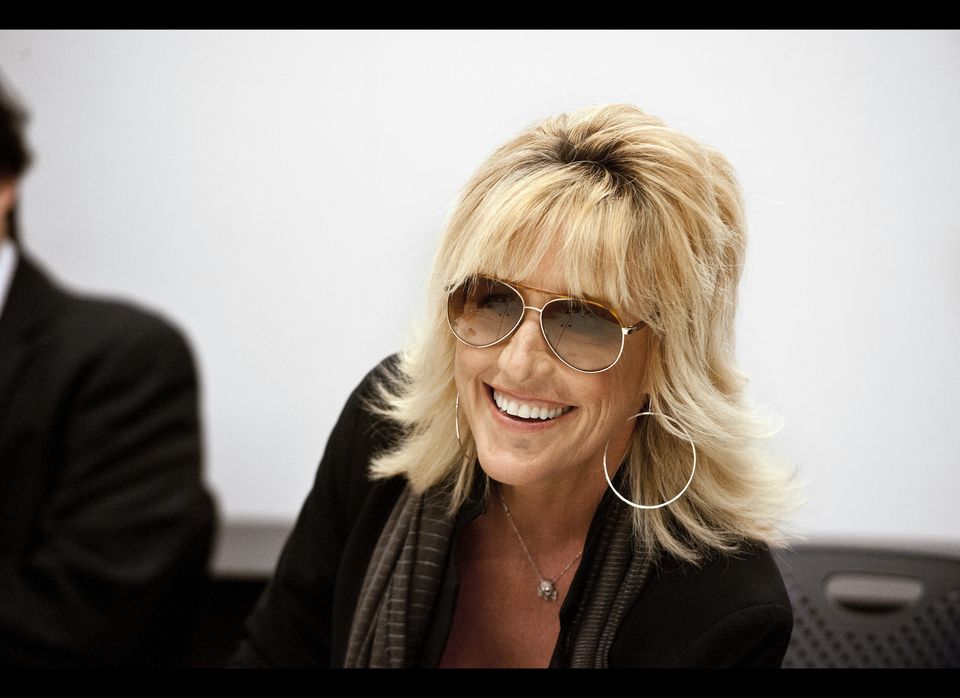