If given a year sabbatical by CNBC, Erin Burnett would take it in a heartbeat.

"My parents still live on the farm where I grew up so I'd spend time there, spend time with my sisters and go to their kids' games and travel. Travel in that way you can when you're in college, go someplace and not feel I have to be somewhere at a certain time. That feeling of freedom would be amazing to have again."

Fortunately for her loyal viewers, a beatnick's life may be some time away for the 34-year-old finance ingénue. She recently vacationed in Hawaii, reading and watching her boyfriend surf.

"I only watch because I'm afraid of sharks!" Burnett quipped. And that may be the last refuge she has from her Blackberry for a while.

The twin storms of upheaval in the Middle East and the dire condition of many state budgets mean that financial reporting is not marginal but center stage in today's news. 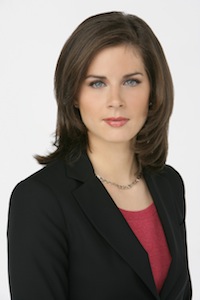 Business reporting used to be a niche followed mostly by an elite circle of serious investors. But by 2002, more than fifty percent of U.S. households owned equities -- this in comparison to only 13 percent in 1980, according to the Investment Company Institute and PBS.org. With more than 60 million households personally invested through stocks, 401Ks and pension funds in this indiscernible world of derivatives, hedge funds and menacing Madoffs, business reporting is necessary to survival.

Burnett relishes her role in helping people understand the markets and her energy is infectious. The co-host of Squawk on the Street and solo anchor of Street Signs has an innate intellectual curiosity and a natural sparkle about her. She's fresh and warm, the kind of girl who finds make-up and hair a nuisance. She'd rather be pouring through and editing videos she's shot of trips to Tunisia or Yemen.

"Erin is more involved than most, she really digs in," a CNBC executive told me.

The "Squawk" set is tucked into an upper corner of the New York Stock Exchange, accessible only by climbing a steel, narrow staircase. It's a scene that somehow manages to feel spartan and overstuffed at the same time. Cases of Poland Spring sat in piles next to a small station where a sanguine hairdresser diligently tamed fly-aways and a producer monitored live feed on the other side.

Far from my imaginary version of traders screaming at each other and papers flying through the air, "the floor" was surprisingly quiet and calm. A paradox to the sumptuous stereotype Wall Street portrays, everything is automated, with humming computers replacing human faces. Burnett herself is also an anomaly in the ego-drenched world of perfectly blown-out television divas.

Walking the floor of the New York Stock Exchange, Erin's ascent is that much more impressive. There's scarcely a female form visible, save the group of women who came to celebrate International Women's Day by ringing the storied bell. The event put in stark contrast the fact Wall Street remains very much a boy's club.

"Finance and investment banking are tough businesses for women who are trying to find balance."

Disconnecting from an all-consuming job can be challenging, and Burnett joked that sometimes her boyfriend threatened to throw her Blackberry against the wall. As we talked about family and work-life balance over sandwiches and hummus salad at Pret a Manger, Burnett looked thoughtful. Having children is something she wants to do and she knows achieving balance will be an effort, as it is for all women. But she's learned a lot watching her two sisters and helping take care of their kids.

"I always say when I have one I'll put them in a Baby Bjorn and they'll come with me to Iraq and either end up loving it and want to travel their whole lives or not. I take care of my sisters' little ones and have learned that kids are so resilient, their personalities are so strong, and when you give them an experience they're going to make something of it."

The gift of travel is something her parents gave her. Her father had a different legal conference every summer and Burnett's parents would pack up their three girls, and travel throughout the United States, visiting New Orleans or Mississippi, where they stopped at several former slave plantations. Her travel bug translated into a professional passion project, specifically when it comes to the Middle East, a region Burnett knows well. She was in Tunisia and Cairo a few days before their respective leaders were toppled. I asked her whether she had any prescient instincts that these long-standing leaders would fall and whether this was finally the moment of change against the corrupt status quo. 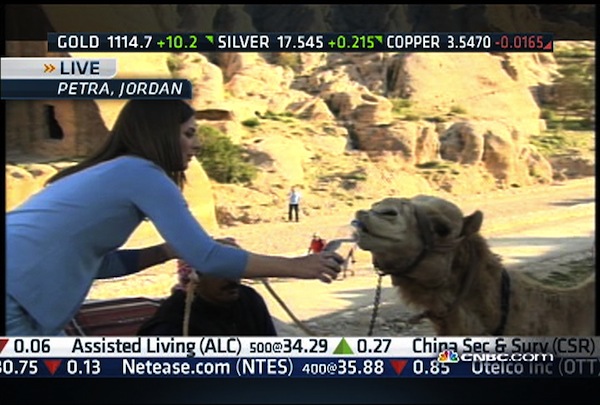 "A lot of people who've spent time in the region, myself included, felt that it had to happen. At the same time you felt like it would never happen under your watch. I was in Tunisia a few days before Ben Ali fell and there were demonstrations. It was all men on the streets demonstrating about how prices were so high and they couldn't get jobs. But to think that would actually turn into a whole country on the streets, no, no even then I wouldn't have thought that was going to happen."

She's sensitive to the plight of the people who want so badly to break out, especially the enormous population of young people with no opportunities to go for their dreams. In Egypt, the median age for males is 24-years-old and almost 32 percent of the total population is under the age of 15, according to Wikipedia. 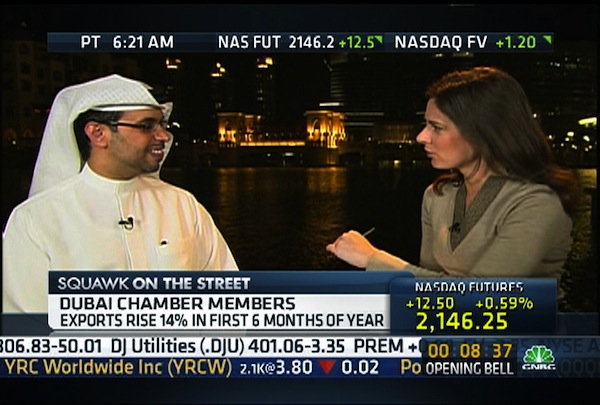 She recounted traveling in Yemen alone after a work trip to Dubai, and meeting a 19-year-old boy named Mohammed who began following her, eventually winning over her trust and showing her beautiful sites around Sana'a.

"He talked about how he wanted to come to America and be an accountant. And he sang the most beautiful, melancholic song about loss and longing that he had written himself. It made me realize that even in a part of the world where young men are often threatening there are so many surprisingly amazing individuals everywhere. It was also sad because I thought, 'what are this poor kid's chances of getting out?".

Toppling the government is one thing, but how do you make positive change enduring? Where are the institutions and social structures that will educate and protect the new generation, Burnett asked. She worries there's not enough opportunity for innovation because of a lack of venture capital, societies that don't allow for failure and the fact that governments still dominate the workplace, crowding out entrepreneurial activity. Places like Saudi Arabia don't have many innovative stores or concepts, something you still see everywhere in only one Middle Eastern country: Israel. After the United States and China, Israel has the most companies listed on the Nasdaq.

"That gives you a sense of how successful they've been at building companies and getting them on the global stage."

Some economists believe that oil-rich countries are by definition endemically and incorrigibly corrupt. But Burnett believes these nations have so much potential and can diversify and democratize their economies by committing to rule of law and building social infrastructure to stimulate innovation, growth and protect intellectual property. She has seen some examples of women in Saudi Arabia starting small businesses and the place she'd spotlight that's really "pushing hard on this" is the United Arab Emirates.

"It's going to be a really long, hard struggle but I think real change can happen."

But we're not there yet. And the fact that these unstable countries control so much oil is disquieting to say the least. Wall Street has become so gun-shy when it comes to the region that even a whisper of protests causes panic, a reality that has propelled Burnett to begin researching U.S. energy independence.

"There are other oil experts who think we could have several times the oil reserves of Saudi Arabia in the oil shale in just three states Wyoming, Colorado and Utah never mind what we have in Alaska."

Burnett hopes to expand her proficiency by learning from some of the most inventive business leaders, like soon-to-be C.E.O. of Occidental Petroleum, Steve Chasen, who has set his sights on exploring California for untapped oil, or one of Russia's richest men, Oleg Deripaska, the C.E.O. of Basic Elemental company and a nuclear physicist by training. Deripaska has found a way to make a return on the gargantuan investment necessary to build nuclear plants by building smaller, more efficient plants instead of exorbitantly expensive large ones.

As we finished our large English Breakfast teas, I asked what she does for herself when she's not steeped in oil theories and international travel.

"When I get a manicure, I go to little place on the corner where I've gotten to know the women that work there. My guilty pleasure is getting a ten minute massage, ten minutes for ten dollars, and I do that every couple of weeks. I also read US Weekly on the stationary bike."

The girl likes to stay up on the latest Charlie Sheen imbroglio, just like the rest of us mere mortals.