Artist and actress, Erin Hammond could be considered the embodiment of an ambitious movie storyline. The plot: Small town girl moves to Los Angeles and thrives. "At 18, I was ready to pack up my gold 1970 Chevy Nova and we were going to make it to California. In Vogue magazine, I'd read about a person who drove to LA, lived out of their car, and became famous. That was going to be me," she starts, "Now I'm seeing that probably wouldn't have been the best idea."

Even with a different romantic twist, Erin's story still includes a road to self discovery, the artistic fight for freedom and the perpetual development of true passion. The oldest of seven children, Erin was born in Milwaukee, Wisconsin to a musician-hair-stylist father and a Horticulturist mother who ran a fairly rigid, but creative household. Erin's artistic abilities evolved early on as a small child, eventually progressing into high school extracurriculars and then a bachelor's degree in Art and Theatre from the University of Wisconsin, Parkside. 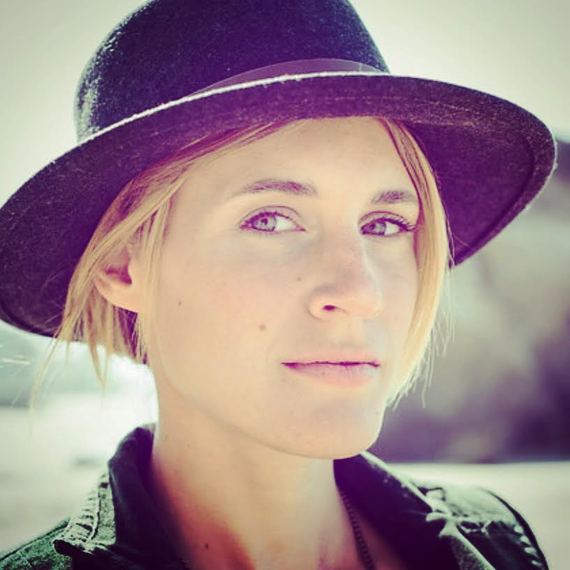 After graduating, Erin sold her first piece of art. Then another and another, and then twenty more, specifically, at a showcase hosted by the hotel her sister worked at. Leaving what she refers to as "the corn fields", Erin moved her life and her career to Los Angeles. She spent the first portion of her new life in California getting creative with ways to sell her work, devoting late nights to bouncing all over the city until someone would bite. One evening, when the biting was at an all time low, Erin entered a contest, along with a handful of artists like herself, hosted by RAW Artists. Gallery owner and one of the few judges of the contest, Claudia Deutsch, not only voted for Erin's work, but proposed that she represent her. Within the next few weeks, Erin Hammond's work was being sold globally. Since then, Erin's work has gained a considerable amount of positive attention. Over the course of just this past year, she has sold over 90 paintings worldwide. 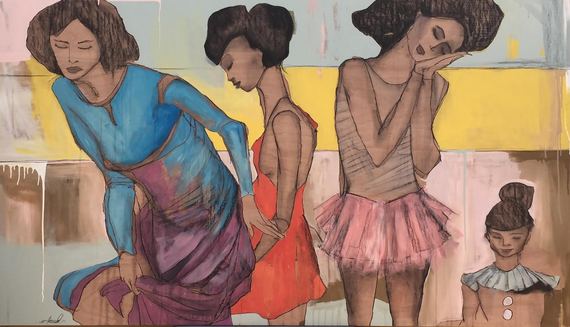 With a studio full of art history books and issues of Vogue, Erin turns not only to her own experiences, but to the sight of others for inspiration. She examines the expressions of women, the alliance of culture and fashion and the infinite ideas that come with an afternoon of people watching.

"I am a firm believer that there is nothing new under the sun. Everything is recycled, and it is beautiful. You are influenced by everything around you. As an artist, I learn from my surroundings and as I build and create, it becomes an act of reclaiming." 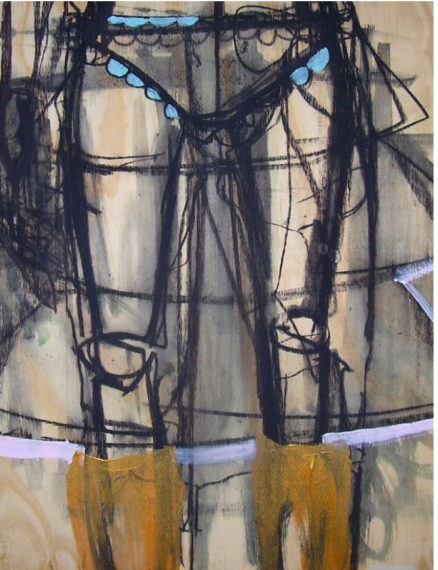 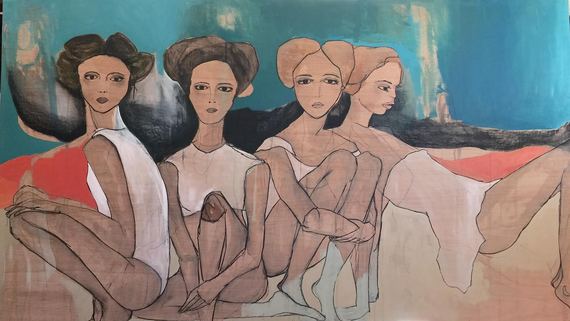 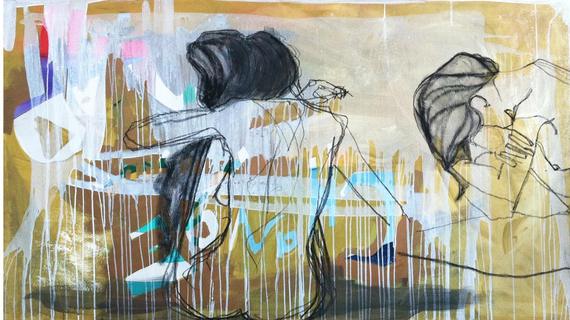 Aside from Erin's time painting abstract art in high school, the greater part of her paintings center around women. Her brushstrokes render the fervent rawness of the female form, both physically and mentally, all the while paying homage to their humanist foundation, which Erin masters effortlessly. Despite first glance at the physical structure of these women, Erin embeds herself into each and every piece with fierce honesty. This integrity, which should be expressed freely, acted as a call to action for Erin to create her newest collection, Meaningless Methods, after an insufferable amount of time heeding to other's disapproval.

Meaningless Methods illustrates a specific state of mind, that which is developed after-the-fact. Erin explores what is thought, felt, whispered, after an altering experience, whether is be considered positive or damaging. Due to her feeling of artistic restraint, Erin has decided to lay herself bare. As viewers, we are able to witness a mental and emotional transcendence through her work, while forming our own relationship with these women. We are taught a new side of empathy. We are exposed to a type of beauty that is illustrated by both cause and effect. We are welcomed to feel. 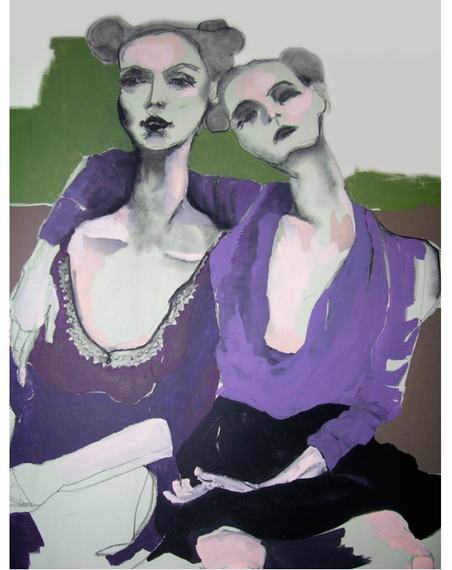 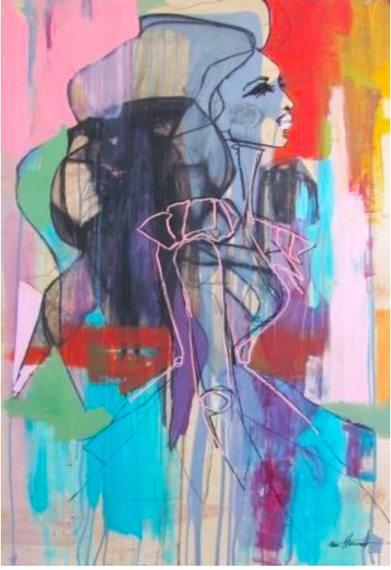 Influenced by the life and art of German artist Kathe Kollwitz, Erin adapted the notion of turning hardships into art. Erin's piece Oppression, which tends to be the most popular amongst viewers, is a piece that represents a time of sorrow and anguish, but also the constructive act of moving forward.

"Oppression is a piece in Meaningless Methods that is a true example of putting myself on the canvas. When I look at it, it invokes a feeling of pain. What is a piece crafted during a dark time is also a piece representing sheer authenticity. It's become my responsibility as an artist and a woman to always reflect on my sincerity. That's when people believe in your art; when your heart is laid out in front of them." 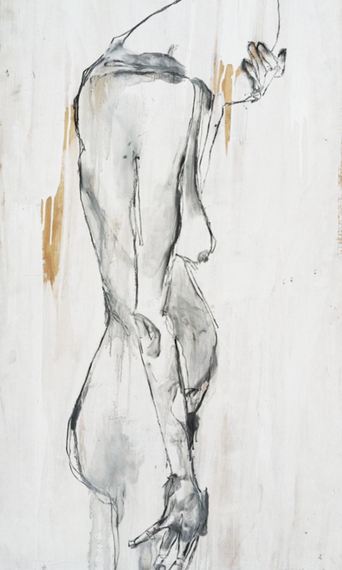 All photos courtesy of Erin Hammond 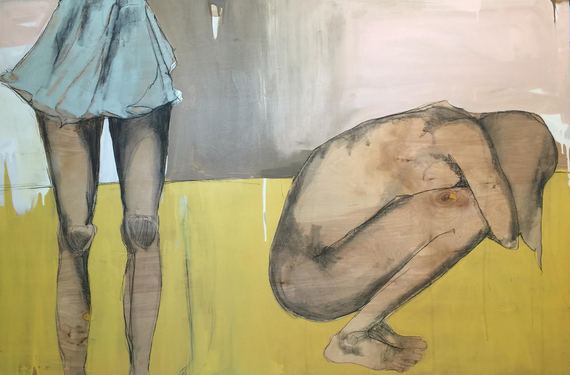