In downtown Asmara there are boys sitting on church steps, studiously pouring through the text on the well-thumbed pages of bibles that are printed on a rich, thick parchment.

The text is in ancient Ge'ez, a classic language of the Horn of Africa. It is still used in the liturgical writings of the Orthodox Christian Church here in Eritrea, and over the border in neighbouring Ethiopia. 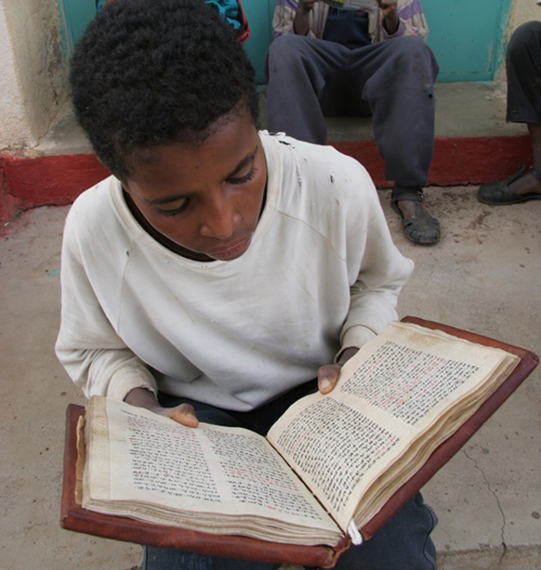 The continuing existence of Ge'ez, whose earliest usage has been traced by scholars back to the 5th century BC, is just one of many examples of this remarkable society's veneration for, and conservation of its history and traditions.

Colonised by the Ottomans, the Egyptians, the Italians, the British and then the Ethiopians, Eritrea finally won its independence in 1991 after a 30 years war with its southern neighbour, to become Africa's newest country. South Sudan subsequently assumed that mantle in 2011.

Just as it doesn't forget Ge'ez, the Eritreans don't forget their independence struggle either. 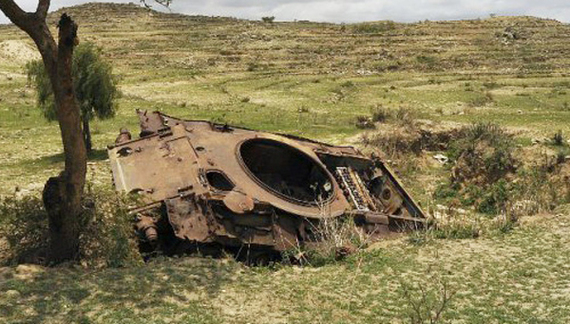 Relics of war, such as its famous 'tank graveyard' on the outskirts of Asmara, and rusting tanks and army vehicles at the bottom of many of its sharp ravines remain a national reminder of the long and bitter struggle that forged the nation, more than a quarter of a century ago.

For over 15 years, Self Help Africa worked in Eritrea, implementing agricultural development projects that sought to improve food production, nutrition and the incomes of rural poor communities.

Undertaken in collaboration with the Ministry of Agriculture, this work was hugely rewarding, with the development of horticultural production under irrigation, seed distribution, livestock husbandry, together with the promotion of crop diversification and farmer training making a real difference to the lives of tens of thousands of rural poor households.

In a country that includes within its borders a segment of the Danakil Depression - the hottest region on earth - Eritrea's rocky mountain ranges and barren scorched-earth landscapes make it one of the most hostile regions on earth to attempt to farm.

Indeed, this is why one-in-four of the country's five million inhabitants are 'agro-pastoralists', semi-nomadic livestock farmers who move from place to place with the seasons, to find grazing and water for their animals. 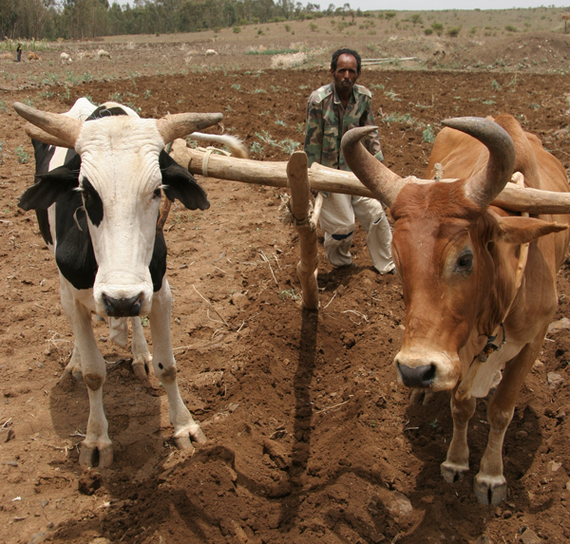 The 'self-help' approach to farm development work promoted by Self Help Africa resonates with Eritrea's own vision for its self-determination. This is why I am currently visiting the country to explore the possibilities of re-starting a programme of development work that ended for us, in 2011. I believe that our contribution can be valuable.

Eritrea is currently the African state with the highest number of people trying to make that desperate journey to Europe in the migrant crisis gripping the continent.

The US think-tank 'The Council on Foreign Relations' reported recently that Eritreans were the most common users of the dangerous central Mediterranean route to Europe. Figures show that 30,000 Eritreans arrived as migrants to Italy during the first eight months of 2015, while 2,700 others died trying to cross that perilous sea route from North Africa.

Critics blame repressive government policies, including unpopular army conscription, for the flight of thousands. But there is little doubt that poverty too is responsible for many risking their lives in order to seek a better life in Europe.

In a country that is estimated to receive one-third of its entire GDP from remittances sent home from Eritrean nationals living overseas, there is little doubt that agriculture, which employs 80% of the workforce yet accounts for under 13% of GDP, must increase if the country's wider economic prospects and the prospects for millions in Eritrea are to improve in the years ahead.

It is my firm believe that the need for effective farm development work to end extreme poverty is more pressing than ever.

CEO of international agricultural and development organisation Self Help Africa