SYDNEY (Reuters) - A group of intrepid explorers are readying themselves for the first-ever recreation of the epic voyage made by British explorer Ernest Shackleton on his ill-fated attempt to reach the South Pole in 1914, on an exact copy of Shackleton's lifeboat.

Shackleton's boat, the Endurance, became trapped in the Antarctic ice and was eventually crushed and sank. His attempt to raise the alarm is considered by many to be one of the greatest journeys ever made.

Shackleton took a small party from his crew and rowed 1,287 km (800 miles) on the lifeboat James Caird from Elephant Island to South Georgia, where they knew they could get help from a whaling station. Their journey took from 1914 to 1916.

The British and Australian team, led by Australian explorer and environmentalist Tim Jarvis, will row the same route and then cross the mountainous, glacial interior of South Georgia to reach the north coast. They will use no equipment that was not available in Shackleton's time.

The Shackleton Epic team will depart from South America in early January, rowing an identical copy of Shackleton's 6.85 meter (22 feet 6 inches) lifeboat before climbing the mountains.

The journey will not be without danger. The replica boat, named the Alexandra Shackleton after the British explorer's granddaughter, has no keel and capsizes very easily.

"You know, we ran the numbers and said what can we do with an exact replica of Shackleton's boat, without cheating, to try and make this ... less susceptible to capsize than what he had," Jarvis said.

The team have practiced capsizing the vessel and trying to right it again, and have attempted to use their supplies, equipment and rocks as ballast instead of just rocks as Shackleton did.

"We ran all the numbers, we fiddled around with rocks and our camera batteries because we are filming this ... and you know what? We came up with exactly the same configuration of how the ballast was loaded as what Shackleton did with rule of thumb," Jarvis said.

"It's amazing to think that (after) a hundred years, with all of our modern thinking, we've ended up with exactly what Shackleton had. But yeah, it's still a very tippy, very unsafe boat," he said.

Jarvis was toasted at a presentation in Sydney at the weekend with an identical whisky to that carried on board the original Endurance, served in tin mugs for added authenticity.

Jarvis, an environmental scientist and an experienced explorer, said he was inspired by Shackleton's leadership style and his ability to turn disaster into success.

He also said Shackleton's story was an ideal platform to promote his environmental message. 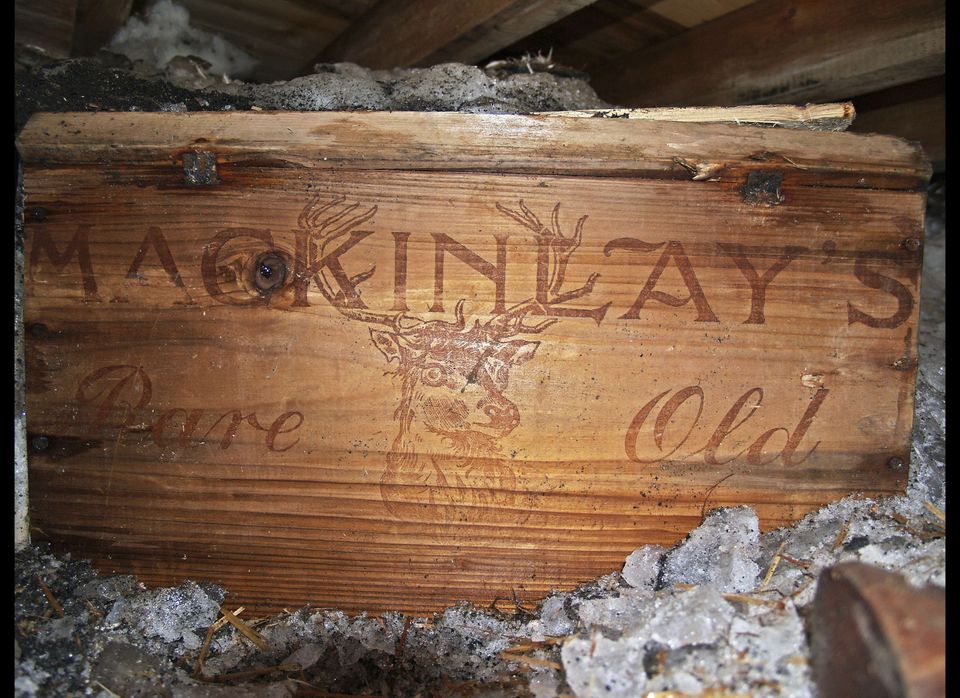 1 / 10
Shackleton's Whisky
In this Feb. 5, 2010 file photo released by Antarctic Heritage Trust on Feb. 8, 2010, one of crates of Scotch whisky and brandy is pictured after they have been recovered by a team restoring an Antarctic hut used more than 100 years ago by famed polar explorer Ernest Shackleton. One of the crates of the Scotch whisky that was trapped in Antarctic ice for a century was finally opened Friday, Aug. 13, 2010 but the heritage dram won't be tasted by whisky lovers because it's being preserved for its historic significance. (AP Photo/Antarctic Heritage Trust)
AP