If you ever wanted real-world proof that age is nothing but a number, you've found it. Meet Ernestine Shepherd. With her flat stomach, toned arms and excellent health, you'd never guess that this female bodybuilder is in her late 70s. But she is -- 77, to be exact.

As impressive as her physique is, one of the most incredible parts of Shepherd's story is that she didn't even start working out until she was 56.

Shepherd and her sister, Mildred Blackwell, decided to get fit after they tried on swimsuits and weren't happy with what they saw in the mirror. The sisters set their sights on becoming two of the oldest female bodybuilders. However, after Mildred died, the devastated Shepherd ended up with high blood pressure, panic attacks, acid reflux and depression. Then, Shepherd says her sister appeared to her in a dream, urging her to follow through with the bodybuilding dream they had conceived together.

Shepherd did, and was declared the World's Oldest Performing Female Bodybuilder by the Guinness Book of World Records in 2010. (Edith Wilma Conner now holds the title.)

Since then, Shepherd says her health had dramatically improved. "I do the same thing day in and day out," she says on an episode of "Oprah Prime" that also featured Sharon Stone. "No high blood pressure medicine. No medicine for panic attacks. No medicine for acid reflux. By me out running and walking, the depression and anxiety just left me."

Part of Shepherd's everyday routine includes waking up at 2:30 a.m. and reading devotions from her Bible. In addition to running and working out, she eats 10 egg whites (scrambled) along with a handful of walnuts and drinks 16 ounces of water. She also teaches classes at her Maryland gym, Energy Fitness.

"I started my class with 10 people in the class. That class has grown -- some mornings everybody can't get in the room," Shepherd says.

In the video above, Oprah and Sharon Stone check out a video produced by Prevention magazine highlighting Ernestine's success as a trainer. Plus, Shepherd shares the age-defying mantra that helps keep her motivated. 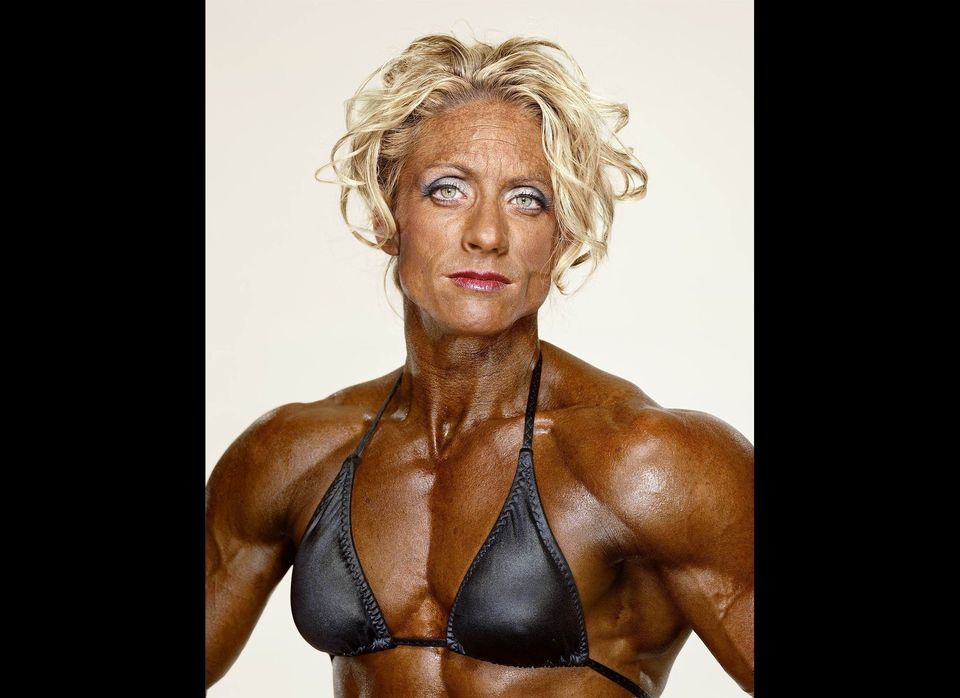