Ernesto Negrillo, the man whose ex-girlfriend's mom is accused of plotting to hire a hitman to kill him and feed his body to alligators, was marked for violence earlier by the husband of another ex-girlfriend, according to authorities.

Negrillo, who said he did nothing to inspire the contract murder plot police said they broke up last week, was attacked three years ago by the pistol-wielding husband of an ex-girlfriend, authorities said. The husband clubbed Negrillo twice on the head with a .38-caliber pistol and a shot was fired during their struggle, police said. Negrillo was treated for head wounds. The husband awaits trial on an assault charge.

"He came to kill me," Negrillo told HuffPost. "He attacked me with a gun and everything. It got ugly and I defended myself."

Negrillo was the focus of violence again on Oct. 31, when police arrested Melisa Rae Schonfield, 57, a social worker from Brownville, New York, after she allegedly paid a down payment on Negrillo's murder to an undercover detective posing as a hitman. Schonfield, mother of Negrillo's most recent ex-girlfriend, Alexis Schonfield, with whom Negrillo has a child, is free on bail charged with second-degree conspiracy and second-degree criminal solicitation.

Neither ex-girlfriend is implicated in the charges. Both said in interviews with HuffPost that Negrillo was abusive to them. Negrillo denied abusing either woman and authorities filed no charges suggesting he did. He acknowledged he was subject to a protection from abuse order with his first ex-girlfriend, but said it had nothing to do with violence.

While it's not uncommon for ex-boyfriends to incite anger in relatives of ex-girlfriends, it may be unheard of for the same individual to inspire lethal intentions in two unrelated cases, according to an expert who specializes in criminal cases.

"I can only speculate, but for the [family members] to be that angry, they must have perceived some real danger and hazard to their [loved ones] from this man," Dr. Rona M. Fields told HuffPost.

Fields, author of eight books, is an internationally recognized authority on domestic violence and neuropsychology. She is the former president of the District of Columbia Psychological Association and has been practicing clinical psychology in the Washington area since 1977.

Fields said she was "all but certain" both families "were probably frustrated and deeply grieved by what had happened to these woman."

Fatima Del Toro, who has three children with Negrillo, declined to discuss the charges against her husband, Ramona Colindres, 40.

According to court records, Colindres went after Negrillo with a loaded .38 Special on Nov. 13, 2011, in the parking lot of the Florida apartment complex where Negrillo lived. "Let's see how tough you are now," Colindres said, according to the police affidavit.

A struggle ensued and the pistol was lost under a nearby car. Police broke up the fight. Negrillo was treated for his injuries and Colindres was arrested for aggregated battery with a firearm "in a way likely to produce death," the complaint says.

"He was acting properly in response to what was occurring to him and the family," Haddad told HuffPost on Friday. "There's not much more I can say." Colindres' trial is likely to be held in the next few weeks, the lawyer said.

"I started dating him when I was 14," Del Toro told HuffPost. "I was 15 when he became very abusive -- physically, verbally and mentally. There was no way to tell anyone, so I hid it."

"It got to the point where he would say we would be a statistic on TV -- that he would kill me and the kids," she said. "What actually did it for me was when we were driving over a bridge by where we lived and he said he was going to drive the car off the bridge and we were going to die -- all of us. My kids were screaming and my son cried for his stuffed animal to save him. He was holding onto it and said, 'Please save me, please save me.' It's one of those things that will never leave me."

Del Toro said Negrillo stalked her after she left him and she got two restraining orders against him.

"Even after I left, I would come out of work and he would be sitting there," she said. "He would even come into my apartment building in the middle of the night. It got to the point that I had to move in with my parents."

Del Toro's abuse allegations are "all false," Negrillo said. "She's weird. It's a big drama. All I wanted was my kids and it turned into this big issue."

Negrillo acknowledged one of the restraining orders, but said it was "part of the process that [the courts] put you through." He added: "They didn't want me to come near her. She wanted me to have supervised visitation and I told her that was crazy."

Del Toro's brother, Moises Del Toro, said his family is frustrated that Negrillo "is going to portray himself out to be the victim."

"We went through a lot of things with him," Moises Del Toro said. "We have a whole family willing to go on record. He manipulates, abuses and threatens people. These are not people who are crazy or anything. They got pushed to the extreme. He never stops. He keeps coming and coming and coming."

"He's being an idiot," Negrillo said. "He's always harassing me."

In the latest case, a tipster in Jefferson County, New York, alerted authorities that Melisa Schonfield was looking for a hitman to take out Negrillo, according to the sheriff's department. An undercover detective posing as a hired killer met Melisa Schonfield in the parking lot of a Watertown Walmart on Halloween. Schonfield agreed to pay $11,000 for the rubout, according to police, and suggested the best way to dispose of the body would be to "throw it to the alligators." She was taken into custody after giving the undercover officer a $5,500 down payment, police said.

Alexis Schonfield, 31, was hesitant to discuss the charges against her mom, but said her "on and off again" relationship with Negrillo was volatile.

"The only thing I can say, because I am a mother, is she was trying to protect my son and she got tired of watching me cry," Schonfield said. "I've been an emotional basket case the past two years."

Alexis Schonfield said she began dating Negrillo in Florida after his split with Del Toro.

"Looking back, it was probably almost immediately that I noticed something was off," Schonfield said. "He and Fatima would fight a lot over the phone. He made it sound like she was this horrible woman. He always yelled and screamed at her. You couldn't even make sense of it. I just thought she was provoking him, because that's what he told me."

Schonfield and she left Negrillo in November 2012, when their child was 4 months old. "I called my dad hysterical and said I got to get outta here. We planned it for Thanksgiving because [Negrillo] was going to Long Island to visit family."

Schonfield said Negrillo "went back and forth between him being really nice and him calling me crazy names and accusing me of ridiculous things."

"That's why me and Alexis broke up," he said. "She was so up and down and I couldn't handle that. I can see it in her face -- you can tell when someone's not there and she's not there -- she's crazy. Her mom's the same way."

Negrillo said he sees a link between the alleged murder-for-hire plot and the 2011 assault.

"I know for a fact these people all know each other and are friends," he said. "Last year I came across this one picture on Facebook where all of them went out to dinner. That kind of spooks me. I have a gut feeling that there's some link there. I can't prove it, but I'm pretty sure."

Del Toro and Alexis Schonfield said they keep in contact so their children can have a relationship, but denied conspiring against Negrillo.

"Absolutely not," Schonfield said. "We're not in cahoots with any of this. What my mom allegedly did was wrong, but she had two women -- her daughter and this other woman that she has grown to love like a daughter -- and she didn't want this to go on anymore."

Both Schonfield and Del Toro said they sought help at various times during their relationships with Negrillo, to no avail.

Del Toro said she called the police in 1997 or 1998 "about a domestic violence issue." But she said Negrillo told police that Del Toro hit him as well, she said, "so the cop said we had to let it go or we would both get arrested for domestic abuse."

Alexis Schonfield said she was told she was unable to get a restraining order against Negrillo.

"I don't know how to explain it, other than he knows how to stay just under the legal radar," Schonfield said. "He knows how to do enough without overdoing it."

For now, both families -- and Negrillo -- await the criminal justice system's movement.

"It's like a lifetime movie," Schonfield said. "You wouldn’t believe it if you weren't living it." 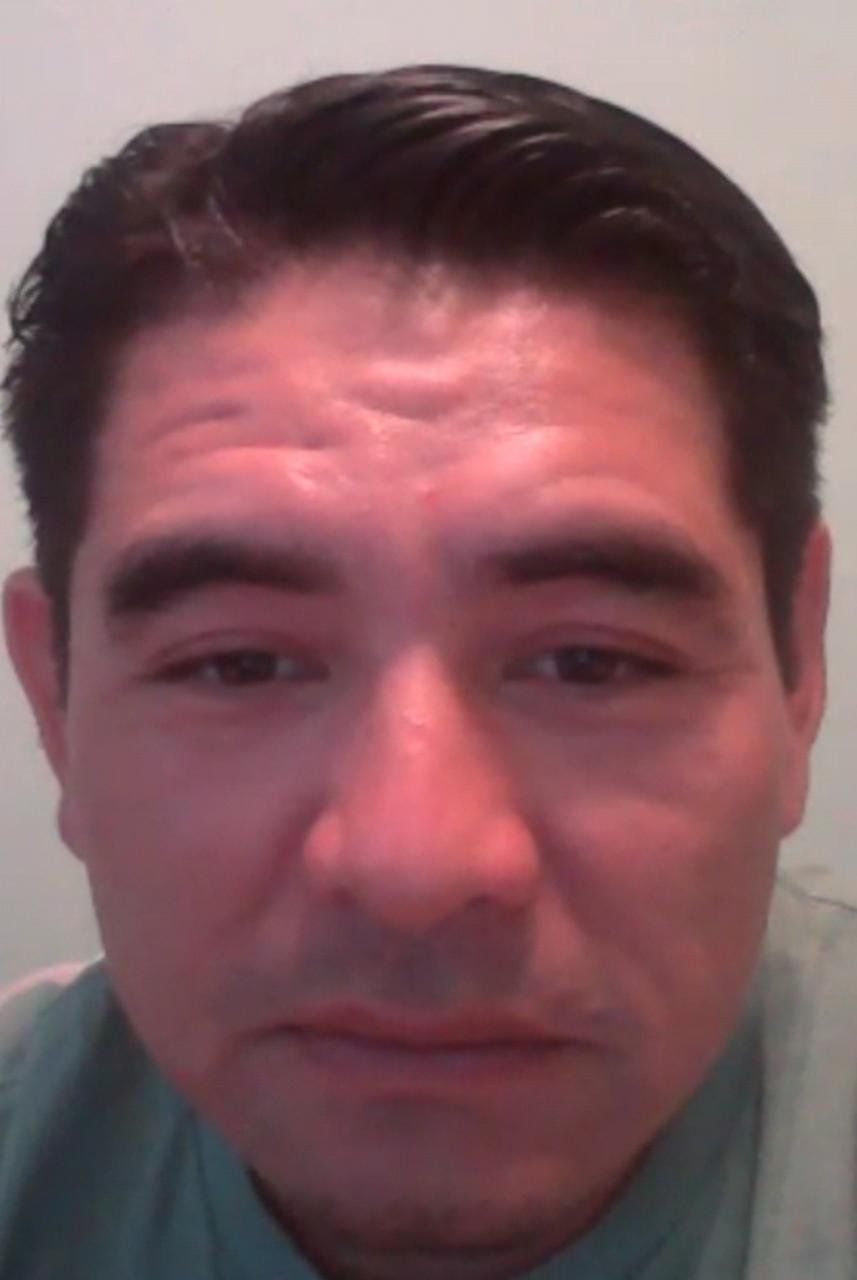