The former studio assistant and pro-immigrant creative collaborator with Shepard Fairey crosses into the gallery with hope in tow.

Ernesto Yerena knows about borders. The Mexican-American has been crossing them since he was born on the national border in tiny El Centro, CA. Now the 24 year old is crossing the border from Obey Giant studio assistant to featured artist in his first solo show at White Walls Gallery in San Francisco. 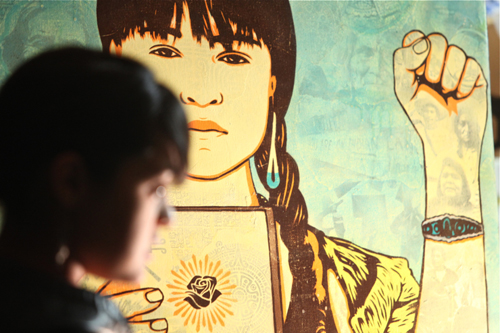 The model for the new piece stands in front of it. Photo © Todd Mazer

For the past few months Ernesto has been at work in his garage/studio in Los Angeles preparing. With help of the talented photographer Todd Mazer, we get to see these exclusive images of Ernesto finishing his final piece for the show, "Ganas 20/20″. 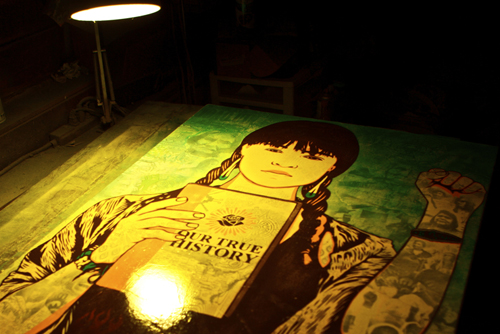 For someone with an acute eye and the sensitivity of an artist, growing up in a border town 15 minutes from Mexicali, daily life in such a culturally rich and tumultuous environment can also be a wellspring of inspiration. The mundane daily crossing over the border after school as a boy to visit with his grandmother and family in Mexicali gave him insight into the complex lives of families who just happen to be geographically sprouted along an invisible political dotted line. Today that dotted line has razor wire that cuts everyone it touches. 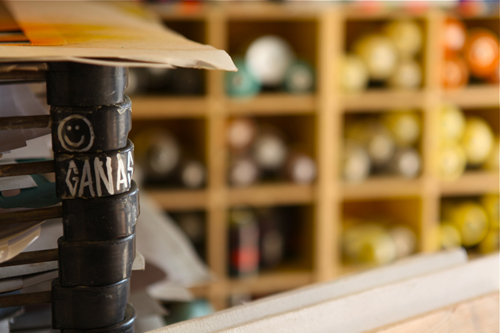 Ernesto began some cutting of his own when he received a stencil cutting set for his tenth birthday from his grandfather. During time away from his business painting cars and doing auto-body repair, his father encouraged the boys' painting projects and showed him how to cut stencils. As a youth Ernesto felt motivated and supported by his family to go to art school and sharpen his artistic skills. 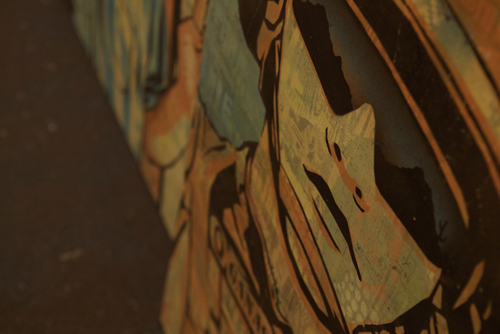 As he got older, the geopolitical realities of the harsh cultural and social landscape where he was growing awakened his intellectual curiosity and desire to better understand his social surroundings.

A teen listening to his own bi-national music collection including Public Enemy and Mexican rockers Mana, he got a better handle on the underlying racism and social inequities that plague the American landscape. When his artistic chops got him an opportunity at age 19 to work alongside Shepard Fairey, the street artist known for frequently incorporating social justice and political themes into his work, Ernesto found a stronger voice. 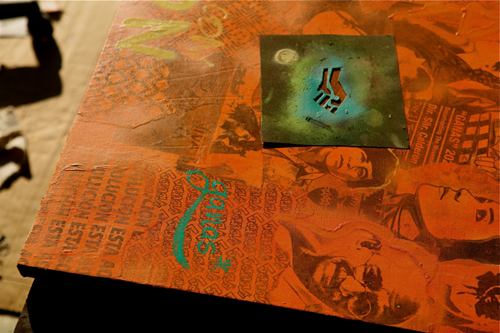 Ernesto's world of two countries, difficult border life, socially-conscious music, a deep interest in history and human rights have prepared him to face, as an artist, the recent fierce issue of immigration in this country and in Arizona in particular. In collaboration with Shepard, he produced, at his imprint "Hecho Con Ganas" or HCG, one of the posters that protesters in Arizona have used as a tool to denounce the racist and demonizing rhetoric coloring the immigration debate as well as SB 1070, a bill that codifies racial profiling into law.

Ernesto crosses his fingers while crossing this new invisible border as the White Walls Gallery provides a space for his new work in his first solo show. 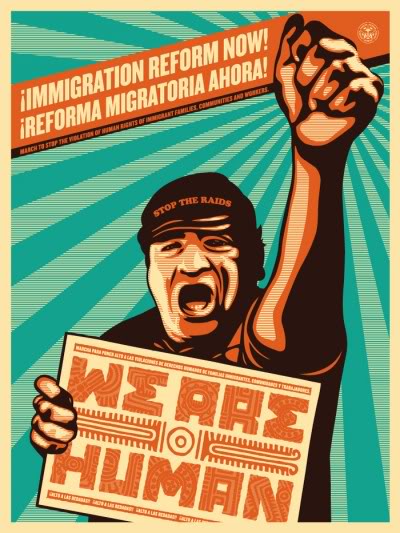 A poster created by Ernest Yerena and Shepard Fairey © Yerena/Fairey 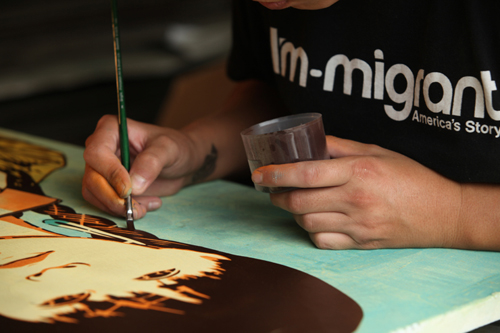 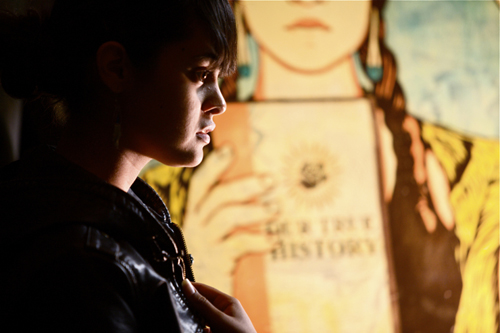 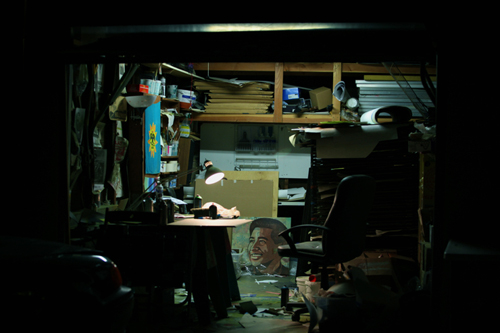 Thanks again to photographer and videographer Todd Mazer for these images he shot exclusively for Brooklyn Street Art.

This article was originally published on Brooklyn Street Art.