Forrest Gump's got nothing on Ernie Andrus.

The 90-year-old WWII veteran is the oldest person in the U.S. to run across America, according to CBS News. His goal is to raise funds and awareness for a Landing Ship, Tank (LST) that played a key role in America's victory in the war.

Andrus hopes to educate the world about LST 325, which is located on the Ohio River in Evansville, Indiana and is the only one of over 1,000 of its kind to remain in its original form.

"This shouldn't be forgotten," Andrus told CBS News of the important WWII artifact. "Eisenhower and Churchill both made a similar remark that it's the ship that won the war ... Without them, how could you have taken all those islands? How could you have even taken Normandy?"

Designed in 1942, the ships landed soldiers, supplies and vehicles directly onto enemy beach territory. It played a pivotal role in a number of military operations, including D-Day at at Omaha Beach, Normandy in 1944.

He's also raising funds for the LST 325 Ship Memorial, Inc., which hopes to return the Navy vessel to Normandy in 2019 for the 75th anniversary of D-Day, according to KPHO.

Andrus was one of the crew members that brought the tank landing ship back from the Isle of Crete, Greece, to the U.S. in 2000-2001 where it eventually found its final resting spot in Indiana.

Now he's continuing to honor the ship through his cross-country run, which he started near San Diego last October. He expects his journey to Brunswick, Georgia to take somewhere between two and four years, according to his website.

Since beginning the challenge, Andrus has lived out of an RV. He jogs three times a week and then hitchhikes -- or rides back with supporters -- to his home on wheels.

"I know I can stick out my thumb and the first person to come by will give me a ride," he told KPHO.

Supporters can track Andrus' progress both through his website, Coast 2 Coast Runs, and his Facebook page. But fans aren't just rooting him on virtually -- volunteers and supporters often run alongside the veteran. In July, four generations of his family joined him:

According to the Facebook page, Andrus was expected to cross the Arizona-New Mexico border early on Tuesday -- conquering roughly one-fifth of his overall goal.

And as far as his thoughts on speed, it's slow and steady who wins the race.

"The older I get, the slower I go," Andrus told CBS News with a smile.

If you would like to donate toward the USS LST Ship Memorial or learn more about Andrus' journey, visit his website. Contributions can be sent to "Coast to Coast Runs" at 304 Brooklawn Dr., Banning, CA 92220.

This 90-Year-Old Vet Is Running Across The Country In Honor Of The 'Ship That Won' WWII
8 Intimate, Beautiful WWII Photos 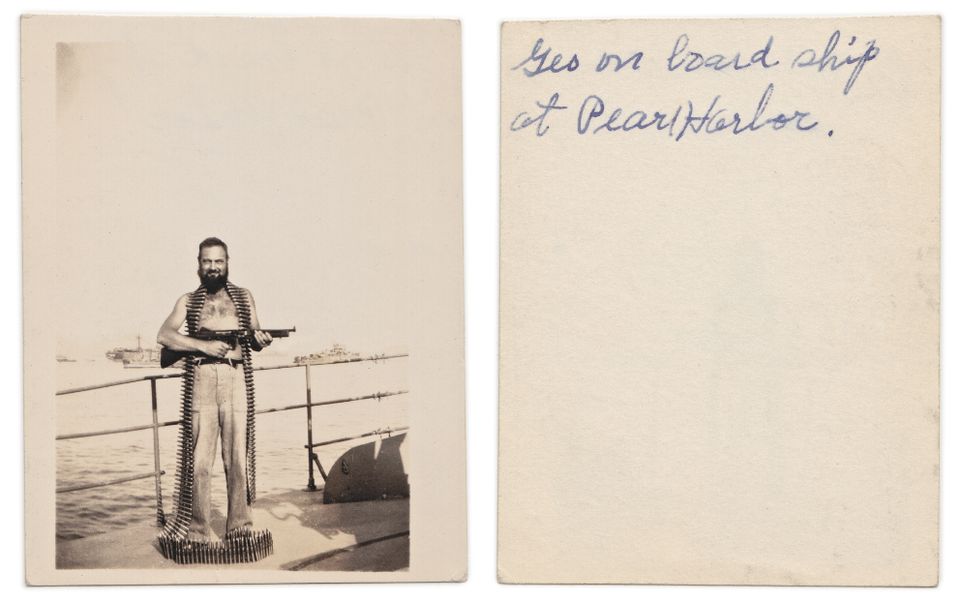