Warning: This article contains graphic drawings that may not be suitable for work environments.

Not much is known about the exterior life of the man named Maurice François Alfred Martin van Miële, who went by the pseudonym of Martin van Maële. He was born in Boulogne sur Seine, France, in 1863. He worked as an illustrator in Brussels and Paris, drawing artworks to accompany poems by Paul Verlaine, a novel by H.G. Wells, and French translations of Sherlock Holmes stories. He married and had no children. He passed away at 62.

You can find van Maële’s work in the NSFW treasure chest that is Delta of Venus, an online compendium of vintage smut founded by Robert Stewart. Quite knowledgeable in the field of old-school erotica, Stewart graciously provided additional context to van Maële’s imagery, explaining how the deliciously nasty drawings relate to the artistic climate from whence they came, as well as the impact they had on the world of drawing to come.

The Huffington Post spoke with Stewart over email; read on to hear his take on the life and work of Martin van Maële:

How did you discover Martin van Maële’s work? What was your initial impression of it?

Digital scans don’t quite do them justice, then again that’s the case with most art ― in this age of online images, it’s easy to forget how much depth is lost in the conversion from tangible to virtual.

How would you describe Maële’s work in terms of the mainstream views on sexuality and eroticism during the 19th century? Was creating such explicit work forbidden?

It helps to look at his art in the context of the late 19th century’s Decadent movement, which, along with van Maële, included artists and writers like Charles Baudelaire, Oscar Wilde, Aubrey Beardsley and Franz von Bayros ― to name a few. The term “decadent” was originally used as criticism by the Victorian mainstream, but many of its targets embraced it as a symbol of dissent against popular notions of “progress” both moral (Victorian social norms) and physical (the Industrial Revolution’s rapid changes).

As such, Martin van Maële intended to provoke and prod at prevailing bourgeois values by creating art that could variously be described as absurd, unsettling, sarcastic, anti-Church, grotesque and all held together by that implacable foil of proper Victorian behavior ― human sexuality.

Many of van Maële’s illustrations contain surreal details, such as unnaturally engorged penises. Were such fantastical depictions of human anatomy rare at the time?

They were probably intended to provoke or unsettle the viewer rather than create distance. Some other artists of the time also used the same approach ― Beardsley’s illustrations for “Lysistrata” with its crazy huge penises would be the most famous of those.

A lot of these strange, phallic depictions are descendants of the Greco-Roman Fascina. [Editor’s note: Fascina are ancient Greek gods representing masculine generative power and represented by a phallus.] The Catholic Church later went to work eradicating these items, knocking the penises off of Priapus statues and whatnot. Even today, although our culture is full of implied phallic symbols –- the explicit penis is still a taboo sight in popular culture. Rewind to the morals of 100-plus years ago, and you can imagine this was a powerful, even jarring, symbol for Decadent artists to play around with.

It wasn’t just phalluses though, van Maële also incorporated some pretty surreal vaginas into his work! As with the Fascina, one could draw a line from these to Sheela Na Gigs from Britain and other ancient female fertility figures in continental Europe. All this stuff is a little odd to our modern eyes, because explicit images of genitals these days are almost invariably sexualized to the exclusion of all else.

What would you say is van Maële’s legacy?

Van Maële was obscure for a couple generations after his death, until the 1970s when some of his prints began to get republished for a wider audience. In present day he’s probably better-known than at any time aside from his actual life, so it’s hard to gauge his individual legacy over the years.

See more of the beautiful nastiness below: 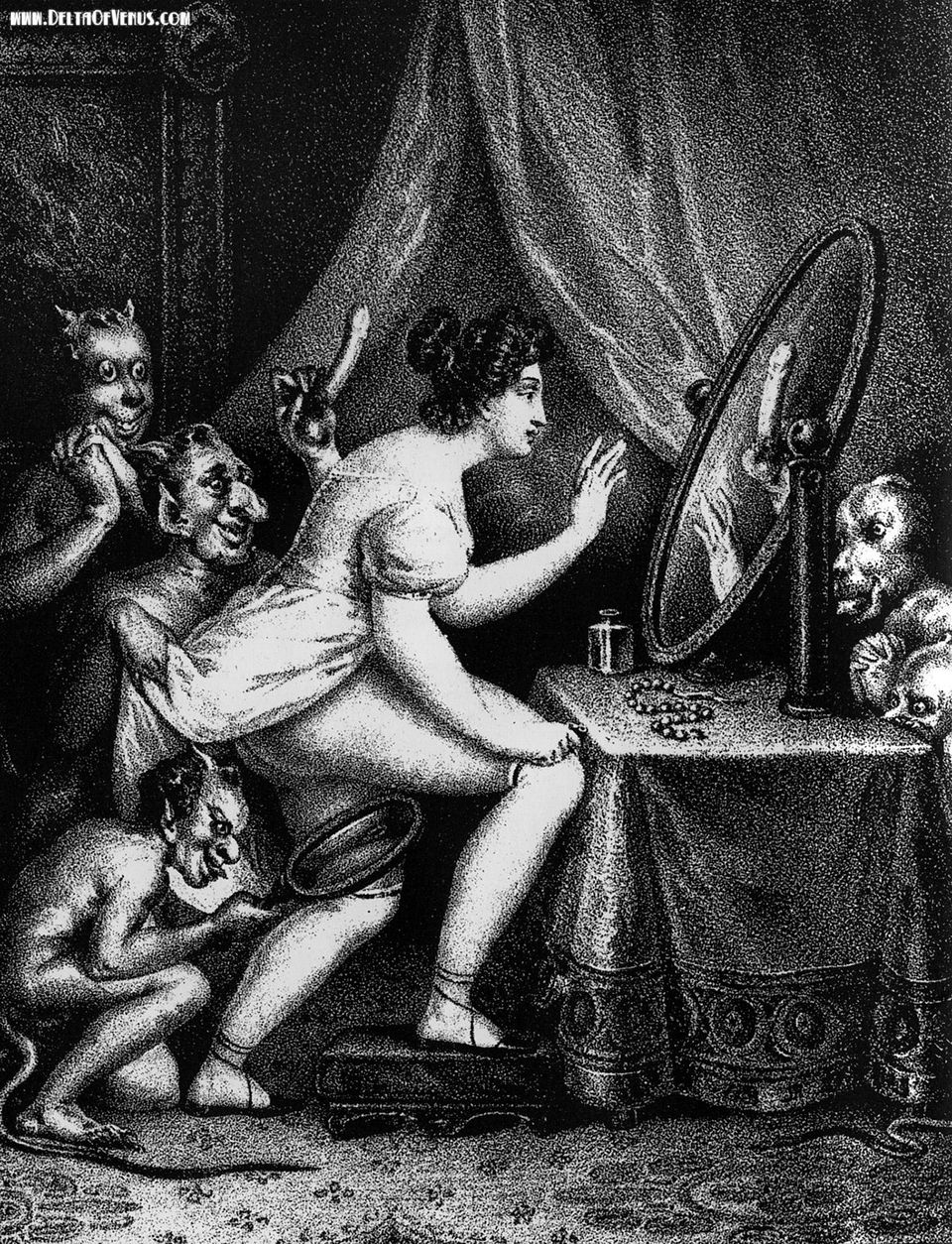 1 / 9
Achille Deveria via Delta of Venus