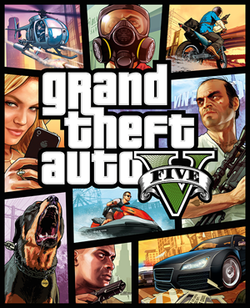 Now that David Sweat has been caught and Richard Matt killed one can't help speculating on what they did right or wrong. They certainly did a lot right in terms of the success of their project, though it seems like the bulk of their planning had to do with escaping from the Clinton Correctional Facility, the maximum security prison in which they were held and less on what they would do once they got out.What was right was to create relationships with two Clinton employees, who essentially provided tools and guidelines which made the escape possible. What was wrong was the planning on what they would do once they were released which rested on the flimsy hope of escaping to Mexico in a getaway car provided by Joyce Mitchell, one of the prison employees. All of this would make a great computer game, perhaps of the old-fashioned kind in which the universe of the game somehow reflects the twists and turns characteristic of real life. Perhaps Escape from Dannemora could compete with Grand Theft Auto. Of course one thinks of the famous television series, The Fugitive, which was also made into a movie. The subplot concerning Gene Palmer, the corrections officer who traded a screwdriver and pliers for artworks (not far from the arms for hostages used during Iran- Contra scandal) will embellish the movie adaptation which is undoubtedly already in the works--though the lack of the moll in the getaway will dampen the action. When one thinks about it, it seems far harder to break out of a prison like Clinton than to escape from the adjoining territory. No one had ever broken out of Clinton in its 150 year history! But look at it this way, the prison might be thought to be what an inmate knows best. Surviving inside and even figuring out how to escape the structure is a lifer's meat and potatoes. The one thing prisoners like Sweat and Matt begin to lose is the ability to negotiate the real world. You've heard all the stories of how difficult many freed prisoners have in adjusting to everyday life. Exiting that manhole cover from which they escaped must have proved a rude awakening. Here they were thrown back into a hostile world in which they'd never functioned very well in the first place. Being a criminal is a calling, but so is being a prisoner and from what it sounds like both Sweat and Matt came into their own in prison (after all they ended up on the honor block). You could say that the force of 1200 that were pursuing them was a formidable obstacle to overcome. Yet you could also surmise that no matter how harsh, men like Sweat and Matt would always do better in the controlled environment inside then within the unpredictable world that lay without.