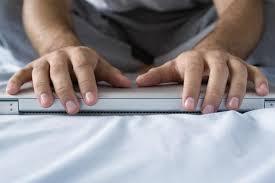 Or when you turn off the device? This generation is full of cerebral connections and yet, there's a question of depth, personality, multi-sensorial development that remains unanswered. Motivational speakers, coaches, and HR professionals are constantly talking about generational differences - it's the hot buzzword of the moment - Gen Y, Millenials, The Me Generation. They are all emphasizing the wrong thing.

"Motivational speakers, coaches, and HR professionals are constantly talking about generational differences - it's the hot buzzword of the moment - Gen Y, Millenials, The Me Generation. They are all emphasizing the wrong thing."

I recently spoke at a TEDx event and as one of the attendees put it: "It's like when electricity was invented: there's a before and there's an after." It's not about stereotyping "cohorts" of people. We are at the junction between two eras - before and after technology, and that affects all ages, all people globally.

The influence on the first generation growing up with technology is much more however, mostly because it is much more apparent. In all the excitement and passion of being early adopters, its vital to realize that the influence of technology will become pervasive, both negatives and positives, in all future generations.

I've received many stories demonstrating the impact of technology on this generation. To preface the stories shared below, this isn't about striking fear into the heart of people about technology taking over our lives, robots doing our jobs and thinking for us, or sensationalizing the risks. The point is that we have a choice to make as the first generation to grow up with technology. That choice concerns the question: What balance should we strive for between a virtual life vs. a real life?

What balance should we strive for between a virtual life vs. a real life?

The impact of this choice will spread to future generations because this is the last generation that will remember a world without technology in the palm of our hands, those of us who were born before 1995. It will influence how we spend our time, what we accomplish within this generation, and, ultimately, how will we raise our children.

"This is the last generation that will remember a world without technology in the palm of our hands."

At TEDxSarasota, a Dad shared with me the moment when his son came up to him and excitedly said, "Dad, I made a goal!"

The Dad was confused and replied, "You don't play in any sports...what do you mean?" Turns out the son made the goal in a video game. I'm not endorsing or making any recommendations towards playing video games vs. sports, but here's the point: Does his son know the difference in how it feels regarding the personal achievement, self-esteem, and self-confidence you feel when you make a goal in a real, physical game vs. a cerebral, video game?

"Does his son know the difference in how it feels regarding the personal achievement, self-esteem, and self-confidence you feel when you make a goal in a real, physical game vs. a cerebral, video game?"

Working closely with teens, I've observed that for many, there is an 80% or more virtual life emerging - based on the amount of time one spends in front of a screen. Do these teens know the rewarding feeling and richness of face to face friendships? Or traveling to a new place and seeing it in person? Or getting lost in a book? When we look at the future generation, those who are 5 years old or younger today, will they know the difference between real accomplishments and virtual accomplishments? The scale of achievement and gratification changes drastically when one's life is a virtual life. The very definition of reward and connection are changing.

Similarly, a parent shared a story of his toddler daughter that, so used to playing with devices and swiping to get to new material, tried to "swipe" him when he was sharing a message she didn't like.

His comment, "Because maybe reality is swipeable, I don't know," brings up the question, what is reality? To kids who, from their formative early years, are used to playing with devices, getting gratification, and essentially becoming mesmerized, reality on a screen is as real as the reality of real life.

Another parent takes her family to a nearby farm and shares the experience of harvesting vegetables and feeding animals. Recently, her nephew joined her family and later remarked, "I could have done the same thing by creating a virtual farm and feeding a virtual sheep." He equates feeding a live animal that has a heartbeat with feeding an animal virtually. When the nephew left, the parent still wasn't sure if he had gotten the message or not. 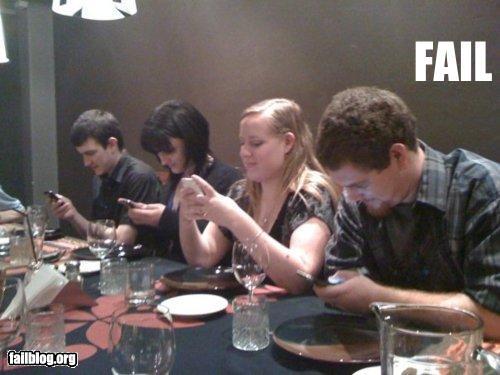 Only to realize, family dinners are much more quiet. Car rides are filled with silence. Instead of having to think and break the silence with conversation, everyone distracts themselves with their phones, filling the silence with virtual chatter. For the few dollars that sounded like a good deal at a time, the loss was unpredictably great.

"We fill the silence with virtual chatter."

How do the above stories impact the workforce as Gen Y enters their first and second jobs? How should we adjust parenting to ensure we are building the right balance? Despite these stories of catalytic moments, I see a light at the end of the tunnel, driven by two key forces.

1. Conscious choice - In this generation, I see a number of people making the conscious choice to turn off devices and to push themselves to continue to experience life. I work with teens who tell me they are tired of constant connection. The ability to switch on and off is becoming the new silver bullet, the strength of the future, because it allows us to tap into both sides of our brain and make the most of the constant flow of information. We've got to do this more. This conscious choice is something that hopefully will pass to future generations.

2. Interdisciplinary ventures - there is extraordinary effort going on to combine science and arts, bringing tactile, sensorial, physical creativity to the typically cerebral, logical, calculating careers. Projects like the School for Poetic Computation embody this mindset. This enables us to continue to partner with each other and not lose the physical connection we have with our work and lives.

"The ability to switch on and off is becoming the new silver bullet, the strength of the future."

As Leo Tolstoy famously said, "Everyone thinks of changing the world, but no one thinks of changing himself." We have a personal responsibility regarding this choice. The easiest way to think of it is, Who are you when you close the laptop? How do you define yourself? Do you let your device define you, dictate to you the activities in your day? Or do you drive a balance between real life experiences and your technology connections?