Two Polish hunters were driving through the country to go bear hunting. They came upon a fork in the road where a sign read "BEAR LEFT" so they went home.

An American is walking down the street when he sees a Polak with a very long pole and a yardstick. He's standing the pole on its end and trying to reach the top of it with his yardstick. Seeing the Polak's ignorance, the American wrenches the pole out of his hand, lays it on the sidewalk, measures it with the
yardstick, and says, "There! 10 feet long." The Polak grabs the yardstick and shouts, "You idiot American! I don't care how long it is! I want to know how high it is!"

A polish guy wins a brand new sports car in a contest. He drives around all the time waving at the rednecks. One day the rednecks stop him, they draw a circle in the dirt and say "If you step
out of that circle, we will kick your ass." They pick up hammers and start busting up his new car. They look back and he is smiling. They hit the car some more, and he is laughing. They walk over to him and
ask "Why are you laughing? We just busted up your car." He says "I know, but I stepped out of the circle 9 times."

Still not had enough?

A Polish man was walking down the street, carrying a brown paper bag. He ran into one of his friends, who asked, "Hey! What do you have in the bag?" The man tells his friend that he has some fish
in the bag. His friend says, "Well, I'll make you a bet. If I can guess how many fish you have in the bag, you'll have to give me one." The man says, "I'll tell you what. If you tell me how many fish I have in this bag, I'll give you both of them."

Had a few chuckles at the Poles' expense? Yuk it up all you want. They may be the Americans' old scapegoat for idiocy, but I'm here to tell ya that the Poles are no joke. They're about the toughest, scrappiest, staunchest nation I've experienced. And I would not want to mess with them.

Particularly after experiencing Nowa Huta (pronounced NOH-vah HOO-tah); the quintessential working-class district created in Krakow by the Russians in the late 1940's. You see, when WWII and the holocaust ended, lucky Poland was "liberated" by Russia and existed as a communist society until 1989. 1989! That was like, yesterday. Most Poles I've met lived for at least part of their lives in a communist society. And interestingly, some people (usually of an older generation) are even nostalgic for it. Fascinating, I think. So feeling like Marty McFly, I jumped in a throwback, bare bones, this-thing-can't-hold-four-of-us Trabant on a bitter, dreary day and before you could say Huey Lewis & the News, we were heading back in time.

The prominent New Steelworks (aka Nowa Huta) sign and entrance buildings where tens of thousands of Nowa Huta residents passed through to work each day. A basically untouched communist-era restaurant. A propaganda movie-viewing in a post-war apartment. The now grubby, Renaissance style buildings. Humble, cafeteria-style milk bars that serve cheap, standard meals with nary a spoken english word, let alone a smile (still open today). It became clear how life was at this simplistic, religionless, everyone-is-equal time. Really, it was all business.

And when Communism fell in Poland, the U.S. jelly bean-eating Gipper, Ronald Reagan, became a revered man. Credited as the most responsible for the end of Communism by the Poles (in addition to Pope John Paul II), Ronnie's got streets, roundabouts, and statues in his name all over Poland. I literally almost ran into one in Warsaw walking down the street the other day. What's funny is that the main square in Nowa Huta, that model of communist society, was renamed Ronald Reagan Central Square about a decade ago. An interesting twist of fate that, upon learning, gave me a chuckle. And gave Poland the last laugh. 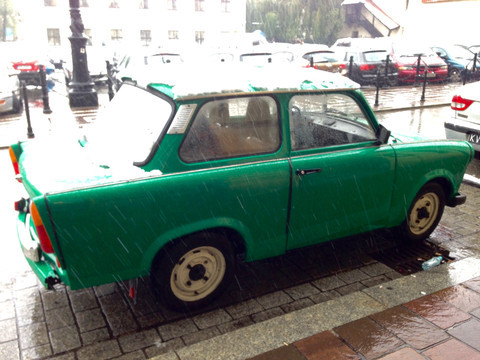 The toy car, post-war era Trabant, in which we barreled around Nowa Huta 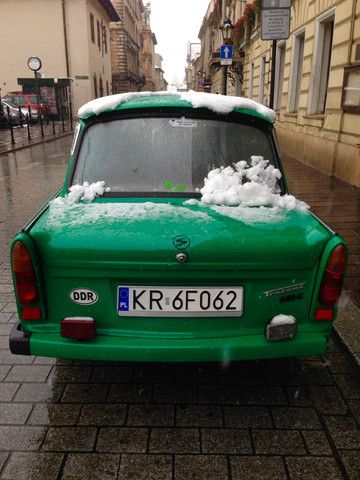 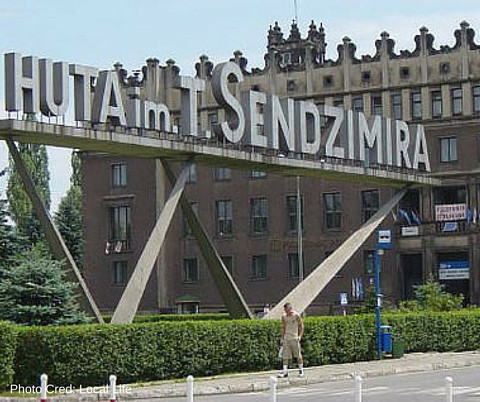 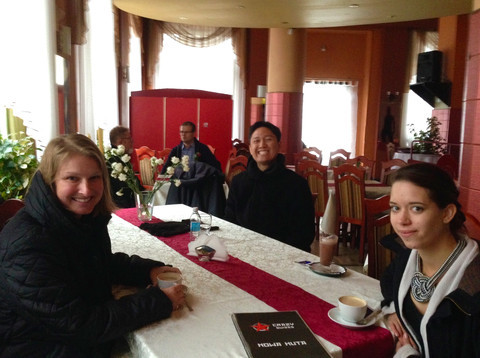 Breaking from the frigid weather in a communist era restaurant 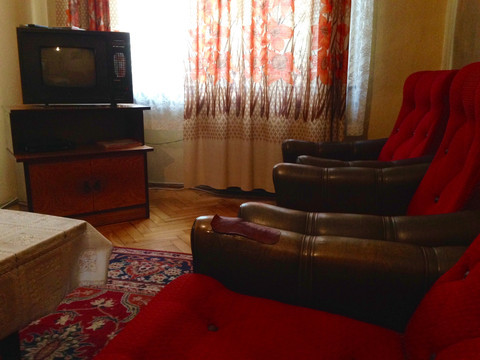 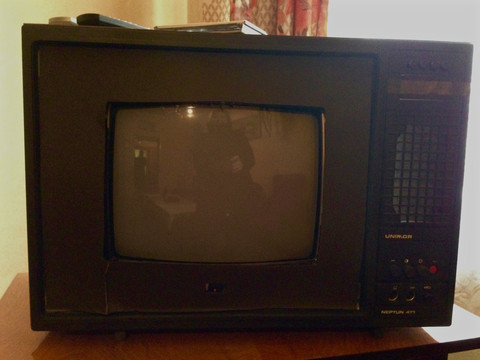 Don't miss next week's stop on the Polish adventure or jump on the RobinGoesTo journey now at RobinGoesTo.com.